The aviation watchdog is assuring a Christchurch coroner it has lifted its game in the six years since a helicopter crash killed seven people. 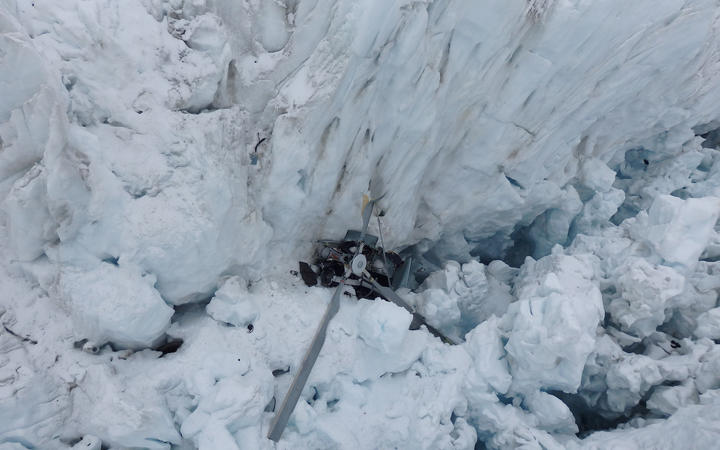 The wreckage of the helicopter in Fox Glacier in 2015. Photo: Supplied / Transport Accident Investigation Commission

Queenstown pilot Mitch Gameren, 28, and six tourists were killed when the Alpine Adventures' helicopter he was flying crashed during a scenic flight over the Westland Tai Poutini National Park in November 2015.

Coroner Marcus Elliot is this week holding an inquest into the ill-fated flight with the aim of seeing if further recommendations could prevent something similar from happening again.

In 2019, the Transport Accident Investigation Commission (TAIC) found there had been a slew of failings by the authority before the tragedy.

Civil Aviation Authority (CAA) deputy chief executive of aviation safety David Harrison told the Christchurch District Court the authority now was completely different to how it was in 2015.

After the crash, the authority admitted it had just two inspectors monitoring operators and said its oversight should have been better.

Harrison said the team responsible for certifications, particularly for helicopter operations, has now been boosted to seven, made up of six inspectors.

An additional person acted as a flight inspector and was responsible for helicopter standards, he said.

Harrison said at the time of the crash, the authority largely relied on compliance-based systems - a one-size-fits-all approach that often missed risks some operators faced.

He said the CAA had since moved to an individualised, risk-based system to check operators were up to scratch.

The coroner's inquest is set down until Friday.