Thousands of people are still without vaccine passes, waiting for their overseas vaccination records to be added to the New Zealand register. 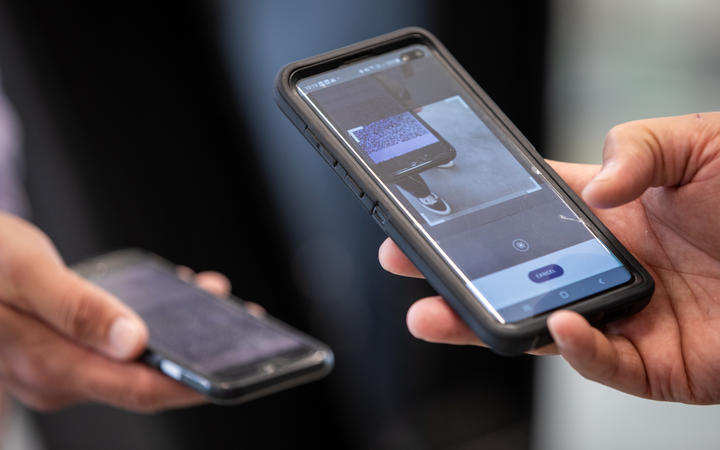 When the Ministry of Health was swamped in the weeks leading up to the traffic light system, it gave out last-minute temporary exemptions, but they expire tomorrow and many businesses are not accepting them.

Matt Elen and his wife have arrived home from London for summer in Tauranga, but their tickets to freedom are among those stuck in cyberspace.

He thought the UK's vaccine record system was slow until he got back to Aotearoa.

"We joke with our friends in the UK that everyone lives in hobbit holes and that kind of thing - it feels like the tech [here] is that kind of era, hobbit hole tech, which is really disappointing," he said.

"We like to think New Zealand is [full of] innovative, future [focused] people, and for the most part, it is, until you get to a vaccine passport."

The couple supplied the ministry evidence of their vaccine doses on 19 November but three weeks later, they are still passless.

"There's been such a long period of time where there's been a lot of talk, like 'yes is going to happen, we're heading in this direction'. And then this seems like it's been a last-minute university project, of building all this and making all this happen, and it's that kind of 'minimal viable product'."

Matt Elen said some businesses did not trust the temporary exemptions because they were automatically-generated emails, they did not have names, NHI numbers or QR codes on them.

Similarly, Donna Pascoe has been turned away from sceptical eateries, retailers and a rest home.

"It's an absolute joke, what they wrote, I couldn't believe it when I got it, and I thought, 'well, that's going to take us nowhere, hasn't even got a name'.

"When we visited places it didn't let us in, and I did get to a stage where I was so embarrassed I felt like I was being treated like a third-class that wasn't worth anything, and I just felt terrible," she said.

Pascoe lives in Auckland, but she said without her vaccine pass, she had had an extra 10 days of lockdown while everyone else had embraced red light setting relaxations.

She wrote to MPs and the ministry wanting answers, and finally today her pass was provided - three-and-a-half weeks after she submitted her records.

"They said that 'we are dealing with a number of complex applications from across the world and are having to seek further information for many'. Our certificates were from Australia, we were vaccinated with Pfizer. I don't know what's complicated about that."

One man, who RNZ agreed not to name, is preparing to cancel his family's camping plans at Tōtaranui, because his wife's Pfizer doses injected in Germany in July, are not yet recognised here.

He said his wife was starting to regret getting the jabs early overseas, because of the impact her passlessness had had on the family holiday, due to start this weekend.

"Probably I will try and go there and try to convince the ranger that she's vaccinated and the government is not doing a good job, but it could fail."

The Ministry of Health said 20,000 people had asked for overseas vaccinations to be added to the New Zealand register.

It said it had been processing them as fast as possible - three-quarters are complete - but some were taking longer.

The ministry expanded the processing team and added more automation, and it said when temporary exemptions ran out tomorrow, new ones would be issued.