It's feared checkpoints in Northland could suck up valuable police resources this summer, while failing to stop unvaccinated travellers reaching vulnerable communities. 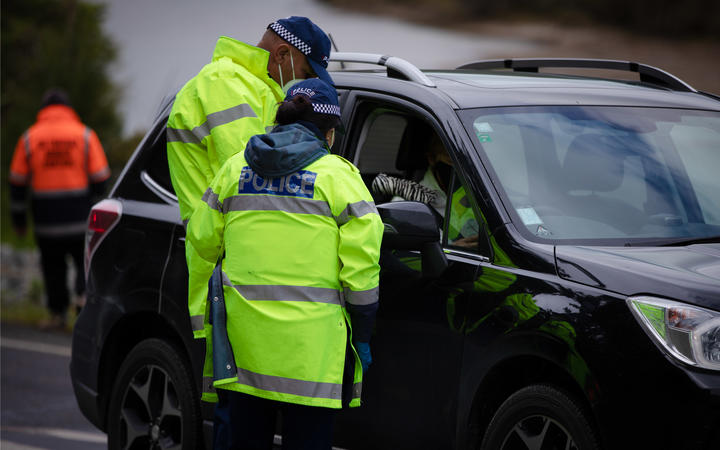 The police union and one Northland mayor are disappointed at the plan for officers to be stationed on State Highway 1 near Uretiti and State Highway 12 near Maungaturoto, carrying out random checks.

Tai Tokerau Border Control have been asking for police checkpoints rather than spot checks of vaccine passes, to keep vulnerable Northland residents safe from Covid-19.

Police say 74 staff from across Northland and other districts will be used on a 24/7 roster to run the two operations from next Wednesday.

However Police Association president Chris Cahill said the officers are on seven-day rotations, so closer to 300 police officers around the country could have their work disrupted.

"This is a busy time for police as it is. They'd be better utilised in their own districts policing the higher demands we have at this time of year for things like family harm, mental health and of course other police activities we have around the country," he said.

"I don't believe these checkpoints will stop a significant number of unvaccinated persons," he said.

Officers will randomly stop vehicles and local border control will help them check for documentation - either a vaccine pass or proof of a negative Covid-19 test in the previous 72 hours.

Cahill didn't think the police have had much choice.

"Police have been forced to establish these checkpoints. They had little choice given iwi's wish for them - and that they were probably going to do them anyway. I just challenge iwi to prove the value of such checkpoints," he said.

He believed the need for checkpoints was long gone and said "the highway should be the freeway".

"The checkpoints made sense when we had not made progress with vaccinations. Aucklanders are vaccinated - we are told - to a point of ninety percent. They are not bringing any virus of any scale to Northland," he said.

He believed it was invaluable to have police and iwi working together.

"What we're doing is using the settings that the government is providing - vaccination passports are critical. In our conversations with the business community they're using the same settings, so there's a lovely synergy around that. We're comfortable supporting those people who want to come into Te Tai Tokerau provided they comply."

He said iwi had always wanted to play a part in keeping communities safe.

"The government's acknowledged that and we'll be working alongside them to demonstrate we've got our communities at the centre of our approach."

"We promised our communities and our elders and those who we're concerned about their health issues ... that we're going to do a really hard job. We'll do the best that we can, and our ambition is to check everybody that comes through, but we've got to take into account the health and safety on the road, I agree."

They had run checkpoints further north since March 2020 and although this was a step up, being between the cities of Auckland and Whangārei, Taipari was confident it will be done safely safely.

"We've been operating professionally and had no accidents to this point... It'll take us a couple of days to get a really good understanding of how effective it's going to be. But health and safety is everything to us."

Kaipara District mayor Jason Smith wanted random checks of drivers and was surprised at the location of the two checkpoints.

He said the one in Maungaturoto effectively severs his district in half, leaving communities like Kaiwaka in "no man's land" between the checkpoint and Auckland.

"Right now they're protected by the border which is to their south. The border is then going to shift 20 kilometres up the road to their north. Then those people who currently are protected won't be protected anymore by this system," he said.

Burkhardt said the locations have been chosen deliberately, because they were easy, safe places to stop.

He was confident that the police knew how to roster its available staff and make the most of its resources.

Police declined to be interviewed.

Earlier, they confirmed they would shift from fixed checkpoints to spot checks across Tai Tokerau at some stage - but wouldn't say when.