The gateway to Northland will be guarded by two checkpoints this summer, to keep Covid out and welcome vaccinated visitors in. 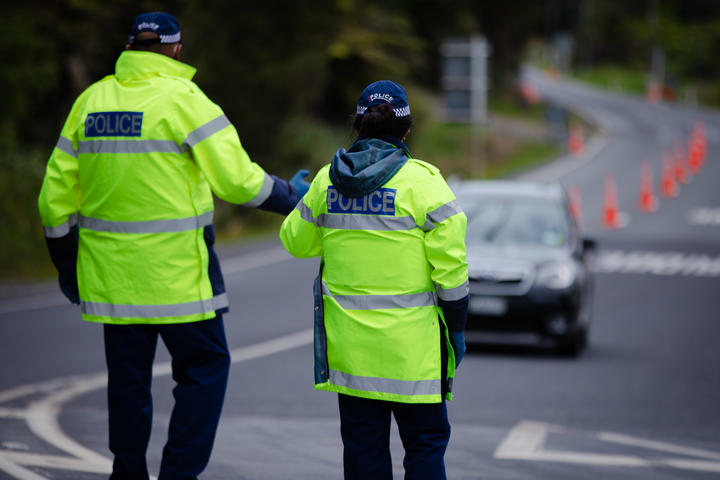 The border does not include all of Northland, with the Kaipara district effectively in half.

Officers will be stopping motorists, with Tai Tokerau Border Control teams checking everyone has the right documents.

Tai Tokerau Border Control regional co-ordinator Rueben Taipari said the checks will be quick and easy for cars where everyone has a vaccine pass.

"If everybody in your car has the proper vaccination passports and identification that's already been pre-organised, you just show it to the person with the technology or scanning that is there, the interviewer, they will immediately go through.

"Once it's all done, they have a sticker that they put on your car just to say that you've been through there.

"It's a great sticker saying thankyou to everybody on behalf of all of the collaborating partners that's working on this: Tai Tokerau Border Control, NZ Police, DHB, iwi leaders, everybody involved, just to say that we're looking forward to everyone coming home."

Northland still has the lowest vaccination rates in the country.

Taipari said to keep the region safe, the process would take a bit longer for anyone who does not have a vaccine passport or negative test.

"Anybody that has difficulty providing that information, we have swab testing, we have an area to pull off and have a bit more detailed conversation."

Taipari said people who cannot prove a negative result may be asked to complete a rapid antigen test - and there will be medics on hand for that.

He said they are very wary of keeping things moving and there is flexibility around the set-up, depending on how it goes.

"It's going to take a lot work and fast learning - we're building the plane as we fly in it, so it's going to take a bit of time we just hope that everybody understands that by doing this process of ensuring that it's the Covid that we keep out of here and we want to do the best process for us - prevention [rather] than cure.

Taipari said every car would be stopped. Police however maintain not every car will be checked, but motorists should prepare as if they will be.

Police today said the checkpoints will run around the clock in the 'short-term', but will eventually shift to random checkpoints and spot checks across the rohe.

They are refusing to say how long 'short-term' is.

Officers are coming from across the country to help their Northland colleagues, with 74 staff running the show.

National's new leader Christopher Luxon is not happy about that and today said it was a poor use of police resources.

"Fundamentally we're going to have a thin blue line that just got a lot thinner.

"There's got to be a better way than doing this because it's disrupting a lot of people, it's unclear how it's going to work, how long are the trips going to take, how many checkpoints are you going to be going through, fundamentally what does it mean for tourism operators in that region - and I just think there are going to be some real challenges there."

ACT leader David Seymour is also highly critical, labelling the people who run the checkpoints alongside police as 'thugs'.

Te Paati Māori co-leader Debbie Ngarewa Packer today took the name calling in her stride, having run road blocks in the past with co-leader Rawiri Waititi.

"I'm actually really proud to be called a thug if that's what protecting your community looks like... standing in front of you are two of the biggest thugs.

"I'm really proud of the iwi and I recognise the mahi that they're doing to protect not just Māori communities but all of our communities so kia kaha whānau, keep doing your thugster stuff."

"If it was a group of rotarians or business leaders or farmers helping out the police they'd be lauded as upstanding citizens but because it's Māori they're labelled as thugs, and I think that's wrong."