In the lead up to Christmas, RNZ is speaking to people who work to improve the lives of others, asking them what do they really want for Christmas? Not a phone, or a new car - but the things that would make a real difference to the people they support. In our second instalment, Michelle Cooke speaks to Ricky Houghton of He Korowai Trust. 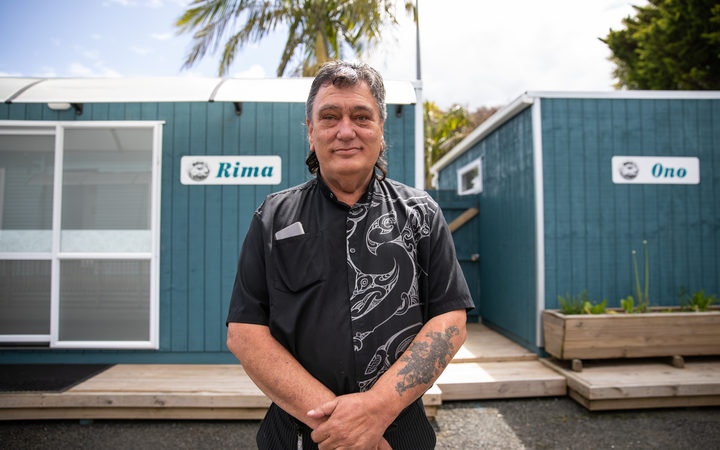 While many New Zealanders are wrapping up presents and planning Christmas dinners, many in the Far North are thinking about how they'll be able to afford dinner tonight.

"Our community is in crisis," Ricky Houghton says. "That is the truth of it."

Houghton and his team at He Korowai Trust work with some of the poorest people in the country, providing a range of services from emergency and transitional housing to a trades training academy for youth, and restorative justice.

"There's a lot of hurt, hate and harm up here... they just live in this nightmare they can't wake up from," he says.

"We've got a Covid pandemic at the moment, but you know up here in the Far North, we've got a social and economic pandemic."

People have downsized their hopes, dreams and aspirations to what they get out of the hole in the wall, Houghton says. Poverty and hardship are all they have ever known. "It's a lifestyle," he says.

"But it takes its toll, you know, they just can't function... They become dependent on the state I mean, really, for many of these families there's only three accommodation options and that's prison, hospital or a cemetery."

People fear things won't get better, so his team works closely with them to restore hope. But they can only do so much.

Services are overloaded, and while Houghton says everyone - even the government - is "doing their bit", it's not enough.

"I sit up here and I can't escape it. I can't ignore it. I trip over it everywhere I go," he says.

What does he want for his community? So much.

Many of the families he works with live in make-shift houses, tents, cowsheds and buses.

"There's a difference between a house and a home," he says.

"You know, I mean, a house is something that our families are running away from. You know, a home is something that we want to drive home to, go home to and our kids want to run to everyday after school. And so it's just trying to create that home environment for them. And that's what I want." 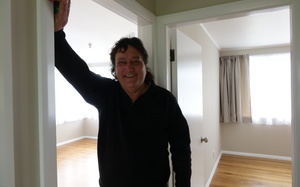 Ricky inside one of the renovated homes relocated from Auckland Photo: RNZ/Lois Williams

Houghton has relocated 45 houses from Auckland to the Far North in recent years and has plans to bring up another 34 in the next 18 months. They're used to teach building and constructions skills, and then re-used for low-income Māori families to live in. They rent them at a price they can afford, and will eventually own them. Finally, a home.

"It has to be done on a bigger scale," Houghton says.

"The proof is in the pudding. These are the kids running around, these kids are going to school, these are the parents that are reconciliating, that are working in the community garden, and upskilling themselves to get on with their lives."

Hundreds more could be brought up north and used in similar ways, he says. He doesn't know why they're not.

He wants people who leave to the cities, where there's higher chances of employment, to have something to come home to.

But "bureaucratic nonsense" gets in the way, he says.

What would help? Houghton rolls through the following, hardly taking a breath to stop: Mussels and logs should be processed up north, before they are taken away; Incentives could be given to companies to use unused land and create jobs; Locals should be given more of the fish quota; Government call centres could be answered in Kaitaia.

"There are a lot of things that could happen. Why aren't they happening? I couldn't tell you," he says.

"They're just punishing, punishing, keeping Māori in a cycle of state dependency and it has to stop."

Houghton's not someone to sit back and do nothing.

Concerned about Auckland's border reopening this week, and the result that might have on his community, the trust spent $400,000 setting up 16 self-isolation units for people who contract Covid-19.

People will be evicted from their homes, while others will hide they have Covid-19 because they have nowhere to go, so they can come to He Korowai Trust, he says.

There's something else Houghton wants. He wants people to hold him, his staff and his community in their thoughts.

"I would like them to pray for us to keep our courage, to overcome the fear. To give us the energy to continue to stand up for others ... to continue to fight poverty, to fight unemployment, to fight Covid.

"I'm not a religious person, but it's nothing to sit there with somebody and hold their hand and pray with them for a better tomorrow."