Whānau are being forced to stay up to a year in emergency housing because there's nowhere for them to go, a housing charity in the Far North has said. 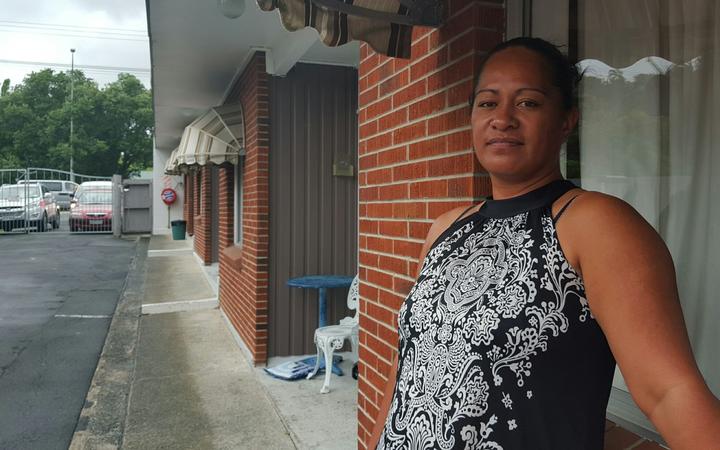 The social housing waitlist has ballooned in the region, jumping by 74 percent in the last year to 823 people.

Te Tai Tokerau Community Housing Trust manages short term transitional homes across Whangārei, and its kaiārahi Ange Tepania said although the average recommended stay was up to 12 weeks, a lack of permanent housing meant whānau were now staying with them for up to a year.

"That's been a barrier for the continuous roll over of our ability to be able to help even more whānau because we're having to hold onto whānau a lot more.

"There's no point in us pushing them out there if there's nowhere for them to go to."

One hundred and seven more people joined the waitlist for social housing in Northland in the month from June to July alone, but between March and June only seven whānau were given a roof over their heads.

"I understand that there is a homelessness plan of action that the government has released but obviously that's not happening soon enough for the whānau that we see on a daily that are in need, now," Tepania said.

Whangārei architect Jade Kake has been lobbying the government to allow hapū to play a much bigger part in solving Northland's housing problems.

She said the Kāinga Ora Act and the Urban Development Act have strong provisions for iwi and hapū to help develop new housing projects.

"I'm really hopeful given the way the legislation is drafted and the informal signals I've had from both the Ministry of Housing and Urban Development as well as Kāinga Ora, that they're going to actually take the relationship with our hapū here seriously and work collaboratively with us on future housing development.

"All the powers are there, they've got huge provisions to be hugely transformative."

However, construction of new whare remains painstakingly slow, with 54 homes across the region built in the past year, with another three under construction.

A Kāinga Ora development on Puriri Park Road, which will create 37 new homes in Whangarei, was delayed because of pushback from the community during the resource consent process, and because all construction work was also halted during lockdown level 4.

Another 37 homes are out for tender, with another 44 in the pre-resource consent planning stage.

The region's largest transitional housing provider, He Korowai Trust, based in Kaitaia, houses over 187 adults and children.

Its chief executive Ricky Houghton remains frustrated they can't utilise the 75,000 hectares of underdeveloped Māori land in the north.

"Almost 90 percent of the people that are in state homes are driving past their ancestral land and it's so much of a hindrance and a nuisance that they almost feel like spitting on it as they drive by.

He Korowai Trust was one of the 11 projects that were fast-tracked under the Covid-19 Recovery (Fast-track) Bill, which enabled it relocate and refurbish 24 old state homes, with support from Te Puni Kōkiri.

He said while that was a good start, he now had his eye on up to 8000 state homes set to be decommissioned in Auckland, and he just needed the government to back it.

"I'd like to duplicate our model right through the north - when you think about between 6-8000 houses coming home, even if we said, let's do 10 percent - let's do 800 houses, that's 800 more families that have had the shackles of state housing dependence broken."