The Minister for the Environment says there is a trade-off over who can participate in submissions on 11 new fast-tracked infrastructure projects. 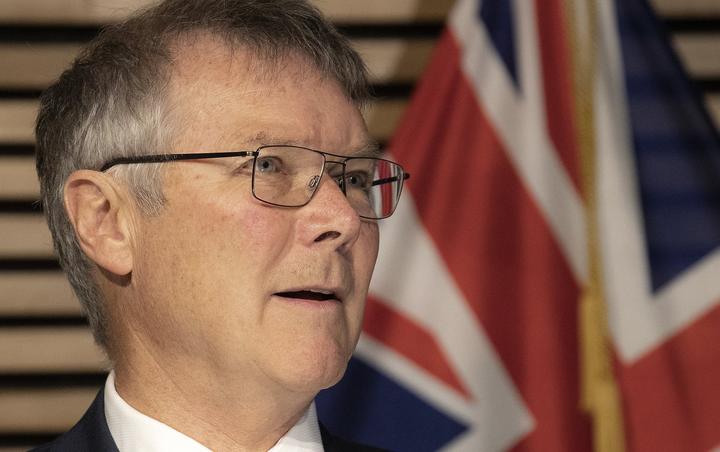 The government yesterday revealed legislation to fast-track 11 named projects, which it said would provide 1250-plus jobs for in housing, environment and transport.

The projects include the Kaikohe water storage facility, upgrades to Auckland's Britomart station, the Skypath - the northern pathway cycleway on Auckland's Harbour Bridge - and an upgrade to the Picton ferry dock and terminal. 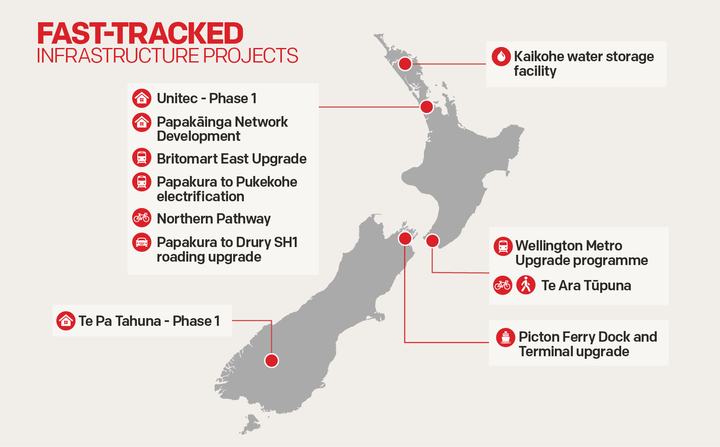 Individual members of the public will not be able to participate in the submissions process, but industry, infrastructure and environmental groups and iwi will be able to make written submissions.

The Green Party is not backing the bill beyond the first reading unless they see changes to the power it gives ministers over iwi and environmental protesters. The National Party could still support the bill, which it will sight ahead of the first reading in the House on Tuesday afternoon.

She said in the timeframes allowed, the ability for opposing groups to have any effect was limited.

Forest & Bird would spend months working with organisations such as the NZTA on how best to achieve the project and protect the environment at the same time, she said.

"When you do this kind of fast-tracking you simply aren't able to have that kind of robust scrutiny and you're not able to ensure that it has the best impacts on the environment."

Environment Minister David Parker said rights of participation were being truncated - but there were protections.

"There is a bit of a trade-off in how many people can participate.

"We are removing rights of individuals to participate and effectively leaving it to peak bodies, be they environmental NGOs or industry groups or pro-infrastructure groups or iwi.

"We are being clear that, in this two-year period for which the legislation lasts, rights of participation are truncated.

"The protections in that include the panel being chaired by an Environment Court judge who has the duty to apply the normal RMA principles.

"I agree that it's desirable that you generally have wider rights of participation. But it does take longer and sometimes I think it is appropriate, such as this economic crisis that we face post-Covid, that we try and speed things up.

"Representative bodies like Forest & Bird ... do have the right to make written submissions to the panel."

The bill enables a second track of projects but Parker said he did not think there would be "thousands" of them.

The 11 initial fast-tracked projects named in the bill are: