Eight people have been arrested after stopping a KiwiRail coal train this morning by standing on the tracks at Dunedin Railway Station. 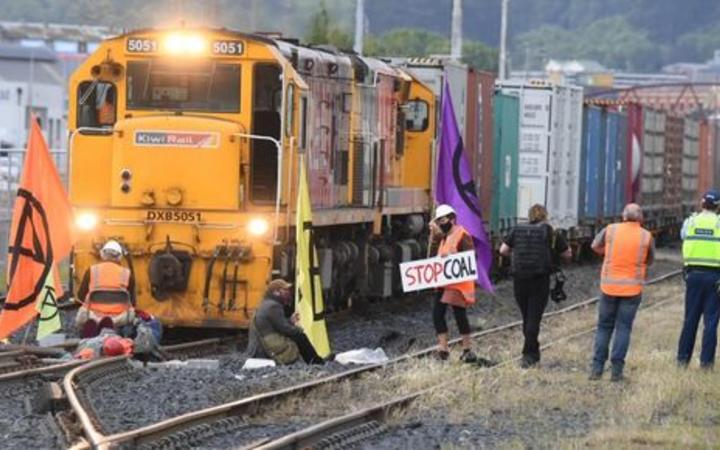 Just after 7am on Saturday, Extinction Rebellion members began securing themselves to a train and railway lines to protest against what they describe as Fonterra's use of low grade thermal coal.

Police said although they attempted to negotiate with the protesters, they refused to leave.

Police said while they respect people's right to protest, this was a working railyard and safety was paramount.

No charges have yet been laid. 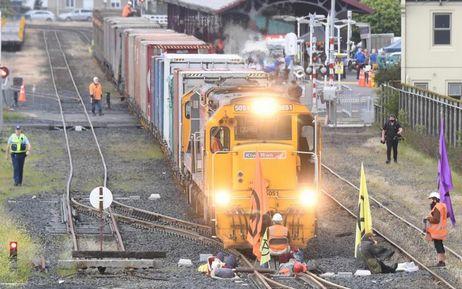 Protester Jack Brazil said an 18-year-old who is locked onto the train was also being cut free by the fire service.

Fonterra said the protest had not disrupted its operations.

It said it was already committed to getting out of coal by 2037 and was in the process of switching its coal powered sites to renewable energy.

A KiwiRail spokesperson said all inbound and outbound train services from Dunedin have been halted as a result of the protest.

They say the organisation is always concerned for the safety of anyone who trespasses onto railway tracks or terminals.

An Otago Daily Times photographer said people could be seen on top of the train and lying in front of it.