Farmers and their townie mates are determined to keep pressuring the government to back off what they see as unnecessary expensive changes after Sunday's nationwide Groundswell protests. 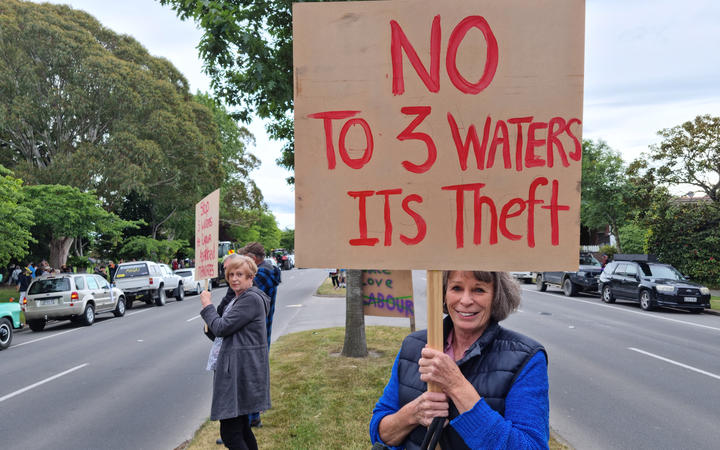 Driving tractors and utes, they clogged streets in all of the main centres on Sunday to have their say on the government's Three Waters reforms.

It was the second time the Groundswell group had organised such action, calling the rally the "Mother Of All Protests".

It was hard to get a handle on the exact numbers taking part, with everybody mostly remaining in their cars and socially distanced, but one thing was for sure: the protesters were rowdy.

The Christchurch leg involved a circuit around both sides of Memorial Avenue in the normally quiet suburb of Burnside. 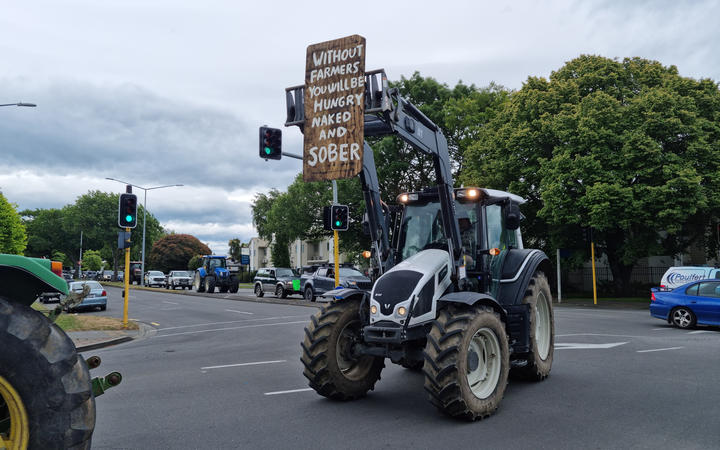 Urging passing motorists to honk their horns in support, Heather Gillam from nearby Northwood told RNZ the water reforms should be put to a referendum.

"The people of New Zealand, or the people of each city own those councils, that's our money in there. So don't we have a right to say what we want?"

North Canterbury beef farmer Chris Toase doubted his rates bill would go down a result of the water reforms.

He said the ute tax showed the government was more interested in piling costs on to farmers.

"It's just not fair and it's getting harder and harder to farm and we do a fantastic job. We produce a fantastic quality meat for the lowest environmental impact and we just seemed to get crucified for it really." 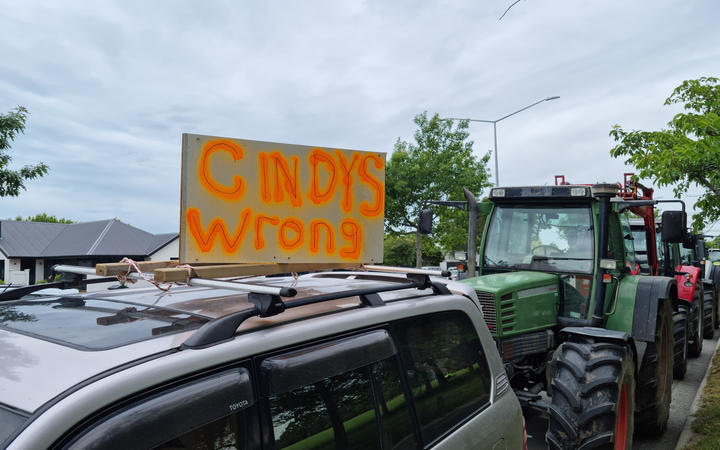 To avoid the protests being linked to anti-vaccination rallies in recent days, the organisers tried to control the messaging with 15 approved placards.

Groundswell NZ leader Laurie Paterson told Morning Report a few people would always try to latch on to big protests, but there were thousands who behaved well.

While most in Christchurch followed the rules, there was the odd protester calling for an end to vaccine mandates.

Joe Holland from Rangiora was buoyed by the turnout.

"It's bringing people out of their homes, they want to see what's going on. And that's what it's about, you know, democracy, the core of it is about being out there and being heard."

There were similar scenes in central Auckland where traffic ground to a halt as the country let the city know how many were feeling.

Sally, a lifestyle block owner from Silverdale, said she was fed up with unnecessary regulations being foisted on farmers. 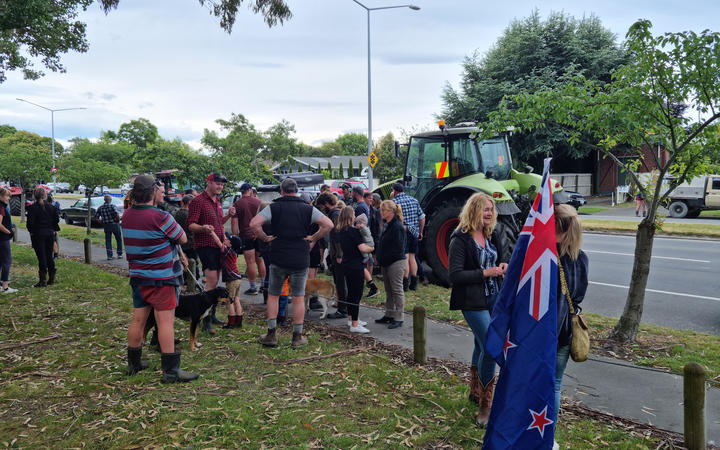 One unsympathetic onlooker not wanting to be identified said the farmers appeared to be protesting against doing a better job looking after the environment.

"Ultimately we've got to think about the future and the future of the country. And I haven't seen a poor farmer, let's face it."