Groundswell protesters in utes and tractors have driven down Queen St, pulling to a stop and blocking traffic. 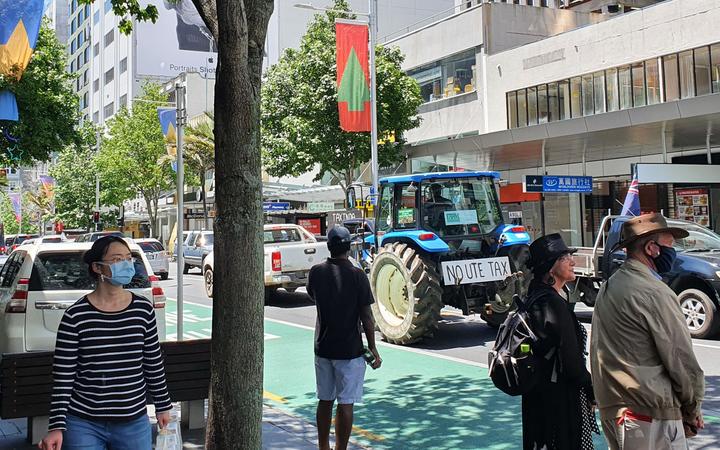 Tractors have been rumbling along streets and motorways around the country, as farmers stage their third Groundswell protest.

In Auckland earlier today, hundreds of utes and green tractors have been beeping their horns and flashing their lights as they head into the city, to protest unworkable regulations. 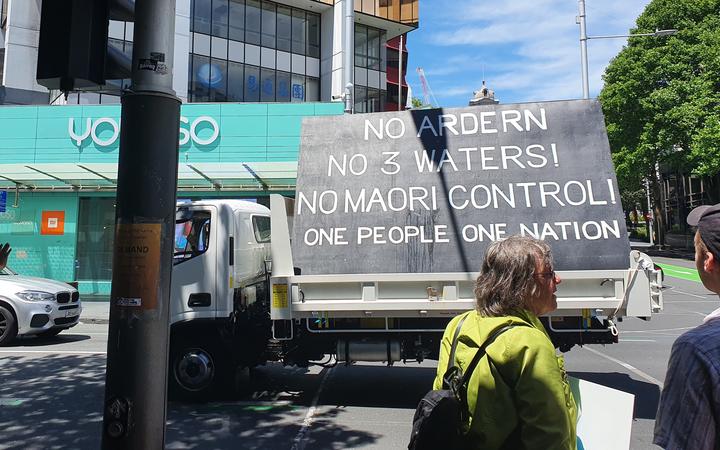 One of the signs in Auckland. Photo: RNZ / Jean Bell

Some vehicles were displaying New Zealand flags and signs bearing slogans such as No No No to the Three Waters reform and F F S - for farmers' sakes.

Traffic was backed up on the Symonds St exit of the Southern Motorway. 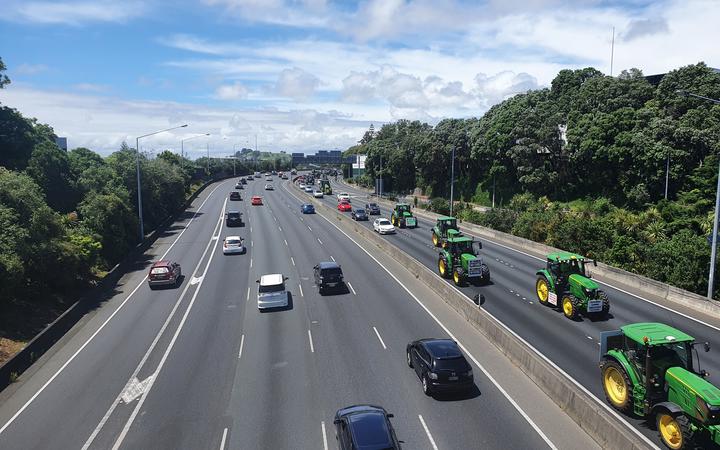 The theme this time is Mother of all Protests and other community groups have been invited to join.

That has sparked concern the protest could be hijacked.

The editor of rural newspaper King Country News Heather Carston fears the Groundswell message may be drowned out, with the wider community invited to join the rally.

She said the protest could be very different today and she is unsure it will be as effective as the previous two if it includes groups who are anti-vaccination.

The police are urging protesters to adhere to the Covid-19 restrictions in their location.

They say while they recognise individuals have a lawful right to protest, it should not be at the expense of restrictions designed to keep the community safe.

Other motorists on the roads are being asked to be patient, because the protest could cause delays and disruption.

In July, the rural community staged the Howl of a Protest rally, highlighting what they claimed were unworkable regulations.