Making sense of ‘Milk and Money’

The recent Groundswell protest put farmers’ grievances about the government’s environmental policies front and centre in the media. Good timing also for a new six-part documentary series exploring the dairy industry and the future of farming and the environment. 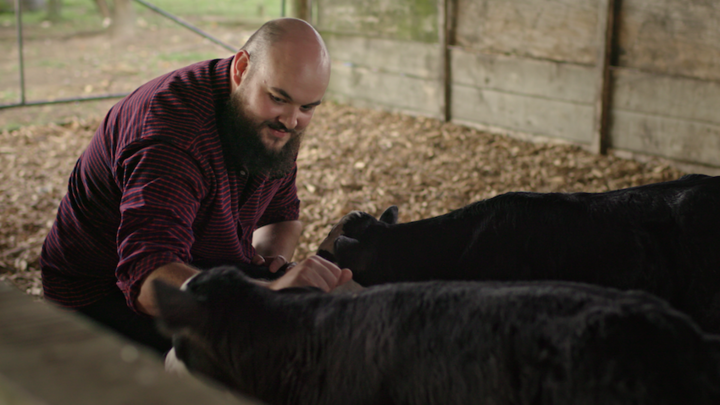 Journalist Baz Macdonald in a scene from the TVNZ documentary series Milk and Money Photo: TVNZ

Last month farmers hit the streets of towns and cities up and down the country in the biggest national protest for years.

Media coverage made it clear just how unhappy they felt about the government - specifically what they called “a tsunami of regulations” created by environmental policy.

Many also complained environmental improvements they have made have not been acknowledged.

Writing for Stuff, Dr Jacqueline Rowarth, a farmer-elected director of DairyNZ and fertiliser maker Ravensdown,  claimed water quality has improved since the 1980s when town sewage and industrial effluent was discharged directly.

“Some towns still discharge effluent to water – Whanganui, Palmerston North and Feilding are examples. But dairy farmers have upgraded effluent disposal and minimised impact on the environment,“ she said.

But this week Stats NZ figures showed greenhouse gas emissions from dairy farming have increased to an all time high.

This week Stuff’s climate reporter Olivia Wannan took a look at just-released submissions  to the Climate Change Commission’s report on how to cut our carbon emissions by 2050.

Both Beef + Lamb and Dairy NZ both said the commission was being far too ambitious in its plan to produce similar amounts of meat and milk using 15 percent fewer animals.

But there’s also increasing interest in the media in things that might help.

And this month TVNZ has launched a documentary series all about the future of farming and the environment - made by another native of Southland with roots in farming, Baz MacDonald.

Milk and Money - a new six part series for the youth-focused digital TVNZ platform Re: and TVNZ on Demand - cost $360,000 of public money to make.

“About a year ago I was sitting on the coast of Riverton, a tiny seashore village in Southland, and all I could smell was cow shit. I was kilometres away from a farm and my boots were clean. What I was smelling was the stink of hundreds of thousands of dairy cows wafting off the plains and out to sea.”

After spending a year and a half researching the dairy industry Baz Macdonald also worked as a dairy farmer for a week.

Several economists, ecologists and environmentalists feature in his series, insisting dairying is dirty and not sustainable as it stands. Fonterra’s boss and farming industry reps remind him just how important it is to the economy nonetheless  - and more than people might think is being done to clean up its act.

So far, so familiar in coverage of the ‘dirty dairying’ issue. 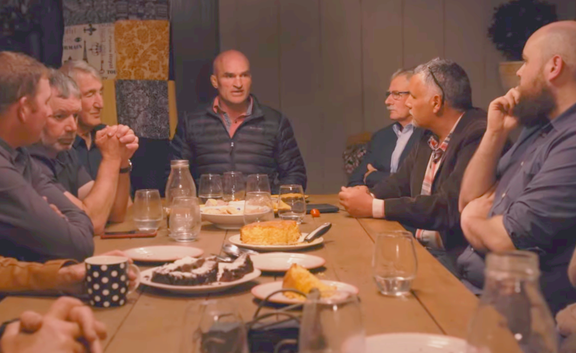 Watching Milk and Money, you wonder why such a significant, sensitive and long running issue has not been documented by a series of this scale before.

“It is surprising. There has been some archival environmental reporting and a lot of books but only a subset of New Zealand society reads them and has discussions in their own bubbles. We needed something that can reach a broader audience and I thought a documentary was the way to do that,” Baz MacDonald told Mediawatch.

Farming lobby groups like to engage with the media on their own terms - and even co-opt the media to run their campaigns and sponsored content. In 2018 for example, Dairy NZ teamed up with NZME to launch the ‘Clear Vision’ campaign on water quality.

Recently the Dairy Women’s Network and MediaWorks formed a partnership to “allow the Network to promote new initiatives and events".

“We are thrilled to formalise this partnership. For a long time we have had admiration for the work of Dairy Women’s Network, in the way they promote and support the dairy sector in NZ,” said Head of Rural for MediaWorks, Nick Fisher.

When funding was approved for Milk and Money in late 2019, Te Papa was being heavily criticised by the farming lobby, and some politicians, for an exhibition about farming in the environment. The suggestion that the number of cows would have to come down was labelled as “anti-farming propaganda".

Was there hostility from the farming groups he needed to engage with to make this series?

“Pre-2019 there was a lot of opposition and there were periods of denial of water impacts,  periods of redirecting the focus on emissions. But when we came to research this, it seemed like the industry was at a turning point with the messaging,” he said.

“It seems like there’s been a pivot towards down-playing but acknowledging the problems,” MacDonald said.

“Right now with the public interest journalism fund, the government is trying to improve reporting in regions. Having reporters and these regions can highlight good stuff that’s happening  - but also day to day stuff that’s not so good,” he said.

In a field where so much reporting is contested, have the makers of Milk and Money tested the accuracy of their information and conclusions?

“It’s lawyer-checked, we had a fact-checker but there’s going to be things that slip through. For example, in the first episode we said the milk prices were $4 to $8 per litre. We meant to say ‘milk solids’. That’s the sort of thing farmers will absolutely hook into,” he said.

“I’ve seen so many times urbanites have conversations with the rural sector and the response is ‘You don’t know enough about my industry to comment on it,’” he said.

Country Calendar is  - by a country mile - New Zealand's most-watched local TV show. But is there an appetite for a series about the industry and its problems?

“We realised earlier that the farmers are right. The majority of people use phrases they don’t understand.

“The word ‘intensification’ is one bandied about a lot but most people don’t understand the mechanics behind what they're talking about. There’s a lot of jargon in this industry and Kiwis want something that gives them understanding to have proper conversations,” MacDonald said.

“We are trying to cap off the series with a town hall discussion that we livestream with farmers, with Dairy NZ and myself so I can be held to account for the series. We want to do it in a farming community so they can come and for people to be able to write in questions and concerns,” MacDonald said.

“This is not across their bow. Let’s use it a platform for a robust conversation about a sustainable future for our rural communities, our economy and our environment,” he told Mediawatch