Groundswell NZ has dropped its Hamilton organiser over comments he made on social media about Foreign Affairs Minister Nanaia Mahuta. 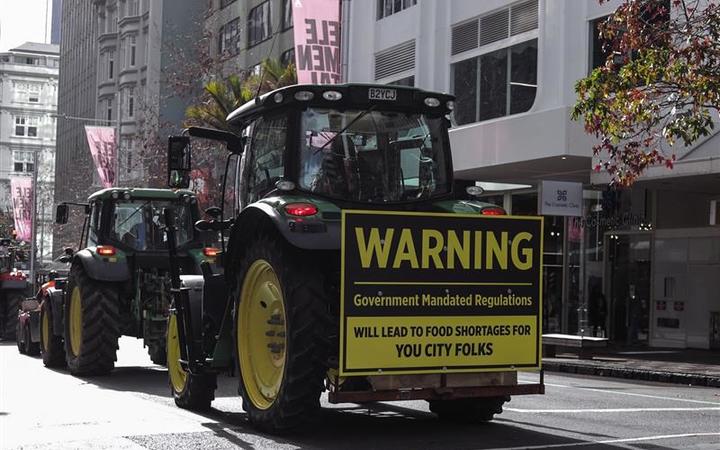 The group organised nationwide protests for farmers earlier this year against government regulations, including the 'ute tax' and a seasonal worker shortage.

Yesterday, he was stood down from the board of Waikato dairy co-op Tatua, which described his post as "highly inappropriate".

Townshend was organising a Groundswell Hamilton protest this weekend.

Group spokesperson Laurie Paterson said when Townshend made the post, another Groundswell organiser called him and told him to take it down.

Paterson said Groundswell was not a racist organisation and did not support Townshend's views.

Townshend will no longer be organising the Hamilton protest.

Tatua chairman Stephen Allen yesterday said they would be contacting the minister's office to provide an explanation and personal apology.