Almost 350,000 families will get an extra $20 a week from April next year, lifting 6000 more children out of poverty, Prime Minister Jacinda Ardern says.

Ardern has announced a new support package to help families hit hard by the Covid-19 pandemic.

She outlined the increases while giving the keynote speech at the Labour Party's first national conference since its triumph at the general election in October 2020.

It is a virtual event because of the restrictions on gatherings due to the pandemic.

Ardern said if the government was to realise its aim of making Aotearoa the best place in the world to bring up a child, it was critical that families were given a helping hand.

"Covid-19 has been tough on families and has contributed to the increase in the cost of living. Increasing support for low and middle income families to help cover the basics is the fair thing to do," Ardern said.

The new increases that will take effect on 1 April 2022 are:

Ardern said the payments were aimed at families on the lowest incomes.

"Those with family income less than $40,000 benefit the most with an average increase of $26 per week. But we know all families are doing it tough, so everyone receiving a family tax credit or best start payment will be better off compared to what they receive now. 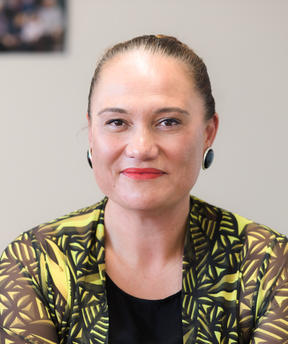 In a statement the Minister for Social Development Carmel Sepuloni said the increases announced today would help with transforming the welfare system.

"Each change we make brings us closer to our goal of a system that ensures people have an adequate income and standard of living, are treated with and can live with dignity, and are able to participate meaningfully in their communities."

Sepuloni said significant progress had been made on implementing the recommendations of the Welfare Expert Advisory Group which has included lifting core benefit levels to historic levels.

"We are now well into advancing our medium term work plan. This plan includes a full review of the Working for Families system. This review is currently underway and more details will be released next year," she said.

The changes announced today will also see an increase of the abatement rate for the Family Tax Credit from 25 percent to 27 percent. This change means those on the lowest incomes will receive the most, and no one will be worse off compared with what they receive now.

Upston said the increased payments will only lead to more people being trapped in dependency by Labour.

"What National wants to see is more families able to look after themselves, primarily that means being in work and there's no shortage of work opportunities at the moment."