Auckland's senior secondary school students did not rush back to class after their 10-week lockdown, according to the Education Ministry's figures. 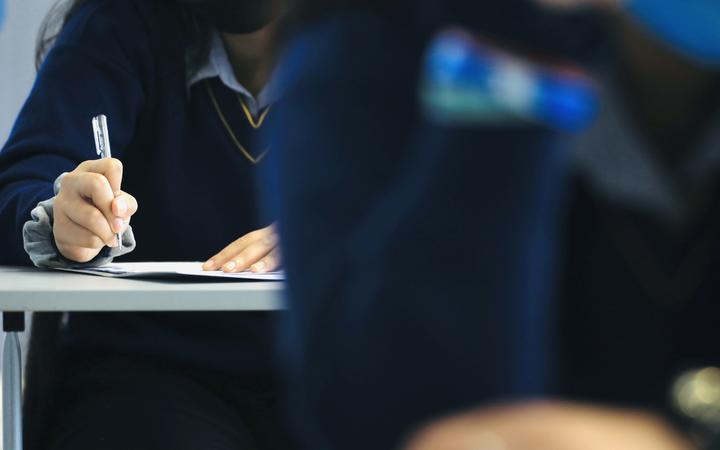 Daily attendance among teens in Years 11-13 in the region last week ranged from a high of 48 percent for Year 13 students on Tuesday last week, to a low of 38 percent among that year group on Friday.

"Some schools have all year levels in, with regular classes running, some are still teaching online, others are running tutorials for those students who wish or need to come in to complete assessments," he said.

In addition, some schools refused to reopen to senior students last week, but reopened this week.

Western Springs College delayed its reopening for senior students until Monday, and Year 13 student Orla Porten said some people were apprehensive about coming back.

"There was a lot of anxiety about how it would work and feel, and kind of weird seeing all of your friends together in one place when you can't see them outside of school, but I think the way that we've come back to school has been very comfortable and quite normal," she said.

Some classmates had stayed away because they had underlying health problems, while others had parents who did not believe it was safe, Orla said.

But for her, returning to class had been a good experience and it had helped revive her motivation to study, she said.

"Just being able to sit inside a space that is dedicated to learning, it isn't a desk in my bedroom, it's a space where you go to do work, I've really seen an increase in my ability to actually sit down at my computer and get some proper study done."

"They've missed school. I often talk to people about the old joke about coming to school to eat your lunch and there's an element of truth in that in relation to the value of social interaction," he said.

Davis said attendance this week was about the mid-80 percent figure and the absent students were continuing with online learning.

Onehunga High principal Deidre Shea said about 55 percent of her senior students were back, and she had heard that attendance at other schools ranged from 30 to 94 percent.

"Where we are in Onehunga, and we draw from Onehunga and Mangere Bridge, there have been numbers of cases ... so I think that's the sort of thing that impacts as well," Shea said.

"If you're in a community that's affected big time, then you can expect lower attendance on site."

However, she said the masks muffled teachers' voices, forcing them to speak more loudly so their students could hear them.

"By the end of the day, I think it's fair to say teachers are a little tired from having to project their voice that much more from behind the mask."

Shea and Davis said there was wide variation in students' preparedness for NCEA and Scholarship exams, which would begin on 22 November.

Davis said his school had decided not to stop teaching in the traditional study break during the week before exams begin. Instead, it would provide workshops right through that week.