Primary school students stuck in level 3 are still waiting to hear if they'll make it back into an actual classroom this year - which means yet more remote learning. 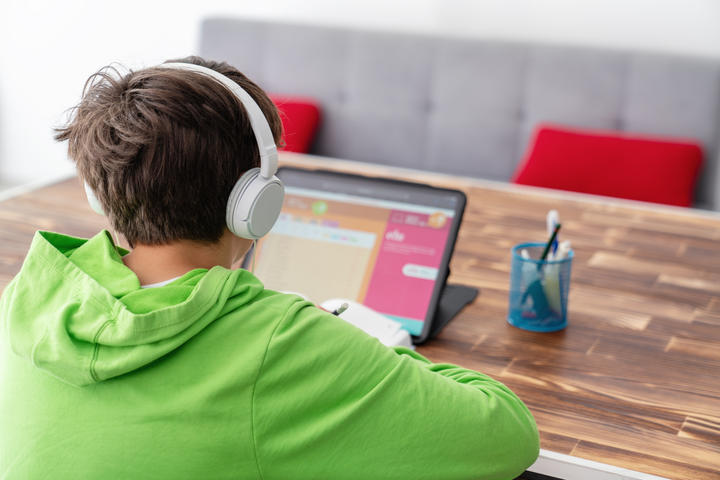 While the government has pencilled in 15 November as the return date, it's not set in stone yet.

For Aucklanders, it has been 12 weeks away from primary school.

And some principals have told Checkpoint as few as 40 percent of their students have been engaging with online learning because of problems accessing devices and a lack of internet.

Ministry of Education spokesperson Ellen McGregor-Reid said it had been a hard time for schools.

"I would like to acknowledge how hard it's been in Auckland, I see it in my own family, and we've certainly heard the message from schools that they are doing their best, but it is tough," she said.

McGregor-Reid said the ministry had dispatched around 50,000 devices across the country since the beginning of the pandemic, with an additional 6500 sent to Auckland for the current lockdown.

While this had met "all known secondary need", she said she didn't have exact figures on how many younger students were missing devices, but estimated it at around 40,000.

"I totally understand that younger children would have valued a device," she said. "What we've needed to do is supplement that with learning packs, which are pitched at different age groups."

"The important thing is it's something we're going to have to work on over time but a device isn't the be-all and the end-all of learning," she said. "Learning happens in many ways and while a device would be nice to have, it's not essential."

But some primary schools have reported students that were absent from online learning weren't always engaging with the learning packs.

She said there were also problems supplying large numbers of devices during lockdown.

"With devices, yes there have been supply issues," she said.

"It's an awful lot of devices to bring into a country during a lockdown scenario, when there's also demand from other industries and workplaces for devices. We have bought up as many as we can and have partnered with MFAT and other industries to bring them in."

The government had funded the MoE for the amount of devices they were able to access, she said. The ministry also paid for internet connections and associated data use.

"We estimated how many were needed for the senior secondary students sitting NCEA which was the priority group, and we received sufficient funding to buy those devices," she said.

"We got funding to purchase a few more on top of that, which was what was available, but there's not much point in having a pot of money sitting there if there aren't devices to buy with it.

"We prioritised senior secondary students, they are sitting NCEA, online works well for them, and as I said previously, while I totally accept there will be lost learning and three months has been gruelling, learning can be made up."