Aucklanders may be able to travel beyond the region's borders by Christmas, officials warn of paid phony vaccine exemptions, and another 4.7 million doses of Pfizer have been purchased. 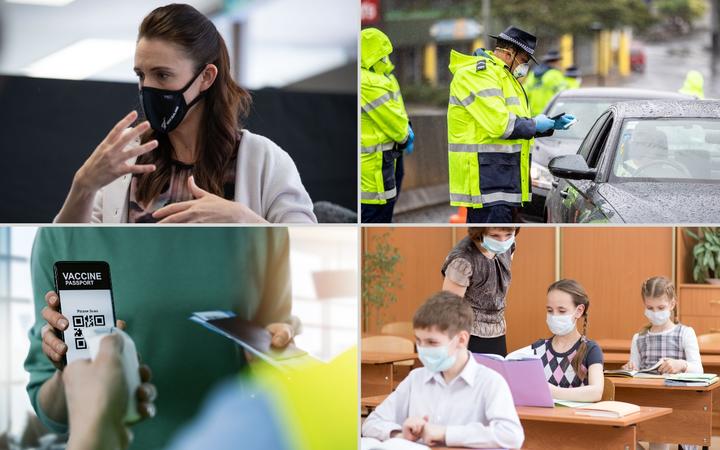 There have been 100 new Covid-19 cases in the community reported today, with 48 of these still to be linked.

Of the new cases, 97 are in Auckland and three in Waikato.

While those in King Country and parts of Waikato today woke up to eased restrictions - moving to step 2 of alert level 3, those in parts of the Far North were plunged into a snap lockdown overnight due to two unlinked cases.

Hamilton Mayor Paula Southgate has written to the prime minister, suggesting her city be treated differently to the rest of the region once it reaches 90 percent fully vaccinated.

''I don't want to be held back from getting our economy up on its feet when we reach those high levels of vaccination in Hamilton, especially not if Auckland comes under a different regime. There has to be some equity around that. Equity for Hamilton businesses and Auckland businesses.''

The prime minister has suggested double-vaccinated Aucklanders, and those testing negative for Covid-19, will be able to leave the region by Christmas and over summer.

Ardern told ZM that Aucklanders' ability to go on holiday is not dependent on vaccination rates elsewhere in the country.

She said they were checking that systems in place could handle a high number of people seeking tests as well as tens of thousands of cars moving through the region's borders.

It follows the dropping of strict isolation rules that had meant MPs in level 3 were required to isolate for five days before returning to Parliament.

They must still test negative for Covid-19 within 72 hours of travelling.

More doses on the way, and booster data under review

It was also revealed today that the government has purchased another 4.7 million doses of the Pfizer/BioNTech vaccine for use in New Zealand over the next year.

An application is expected from Pfizer on use of the vaccine in 5-11 year olds in the next couple of weeks.

Medsafe is reviewing data about booster shots, and a technical advisory group hopes to finalise its advice on this in the next day.

Health and educational leaders have been calling for urgent clarity over Covid-19 vaccine exemption certificates as the cut-off date looms for teachers to get vaccinated.

Principals estimate several thousand school staff are resisting the government's directive to get at least their first dose before 15 November.

Some principals have reported being presented with questionable exemption certificates, signed off by homeopaths and midwives.

It comes as the government moves to create a central process for approving medical exemptions for workers who come under mandatory vaccination orders, and for people who need a vaccine certificate.

"Now I understand that there are some people who have already been issued paperwork that is intended to be an exemption or an exception, if you have received such paperwork and work in Corrections, education, or health, you will still need to apply through the centralised process," Director-General of Health Ashley Bloomfield said.

"If you have paid for that paperwork, you might want to ask for a refund." 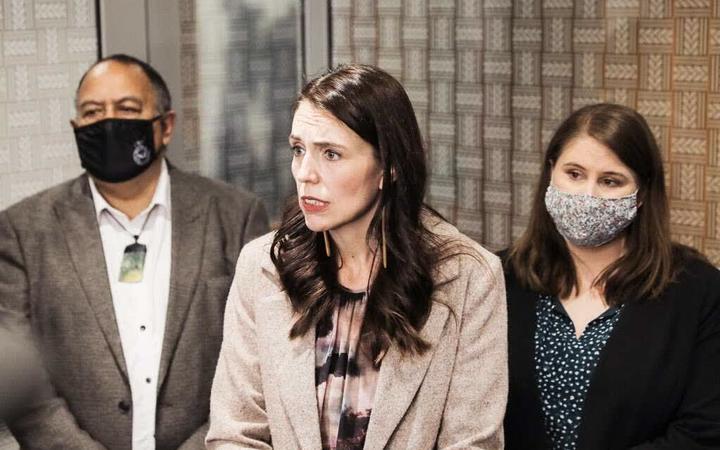 Hipkins said he was reasonably confident a vaccine certificate system will up and running for the whole country about mid-November.

At a news stand-up today in Whanganui, Prime Minister Jacinda Ardern maintained her view that the government would not force all New Zealanders to be vaccinated.

The leader changed the location of her stand-up before it started, after a group of about 200 anti-vaccination protesters gathered outside the vaccination clinic where it had been planned.