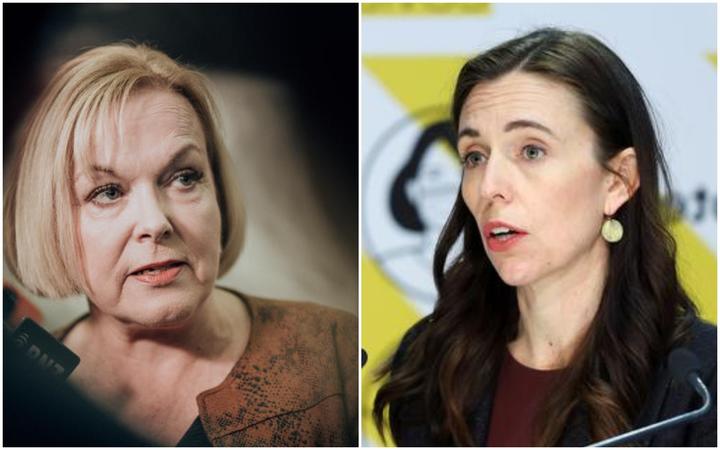 MPs in alert level three areas will no longer be required to isolate for five days before returning to Parliament. They must still test negative for Covid-19 within 72 hours of travelling.

Ardern had been under pressure from the Opposition to spend time in the city, which has been in lockdown for almost three months.

Collins told Morning Report it was extremely important now for Ardern visit the city to get an idea of the hardship people were going through.

"You don't get a sense of it in Wellington, just to how desperate people are an Auckland particularly the small business people," she said.

She said some people in Wellington didn't care about what happened in Auckland and the sentiment was shocking.

"I don't think it's a universal feeling in Wellington, but I do think it's easier to forget Auckland if you never have to come here," she said.

"These rules that have been put in place for Parliament, they're being lifted now when Auckland's got more Covid than what it had three months ago. It has made it very difficult, but ultimately, I think she [Jacinda Ardern] will get a lot out of a visit to Auckland, and I say it's a good thing for her to do that."

Collins said the level of emotion and strain in the city was palpable and watching people struggle was tough. She said it would be a good thing for Ardern to witness it.

"I've spent four weeks of the last three months in Auckland, and when I go and visit people, small businesses and that and I try and cheer them up and give them some hope, you see people who are really resilient people just at the end of their tether. Watching people in tears, I would say is one it's really, really hard."

On Monday, Ardern had dismissed Opposition criticism for not visiting Auckland, saying the wellbeing of Aucklanders had always been her priority. One visit will not reveal the extent of their experience, she added.

"There is not a moment that I am not thinking about how I can bring life back safely for Auckland, not a moment," she said.

The thing that I'll keep pushing back on is somehow the sense that I don't appreciate the impact of this on Auckland. As I say there, is not a moment in a day, that I'm not thinking about how we can ease the pressure in Auckland, how we can improve this situation, how we can continue to manage this outbreak as effectively as possible.

"Auckland is my home, of course it's where all of my personal connections are, it's where my family lives, where my my friends and my colleagues around the Cabinet table, who Zoom into our cabinet calls and give us that first hand account of what they're seeing and experiencing.

"But I don't think that you can really appreciate it without being there for the full period of time, and I don't think actually a one day visit would give me the sense of what everyone has been through for that."

Ardern had said Parliamentary rules and obligations to lead the health response, as well as being in constant contact with business leaders, had informed her previous decision not to travel to Auckland.

"Unfortunately, if I were to travel to Auckland, that takes me out of being able to come back to Parliament for five days because of the rules of the way Parliament is working," she said.

"So I have looked at it. It does impact on my accountability in the debating chamber.

"It impacts on my ability to front before the media, and in a practical sense if I were to travel there the most likely groups I would meet with, our health team and business leaders I've been doing remotely anyway and in order to meet with them would likely be breaking some of the rules we expect others to follow.

"Those are my considerations. I do need to make sure I'm running the response though and not doing anything that curtails my ability to continue to lead the response."