Auckland Mayor Phil Goff thinks moving the city to alert level 3 step 2 next week is the right decision - but a leading Covid-19 modeller says the outcome could be a sizeable outbreak right through summer. 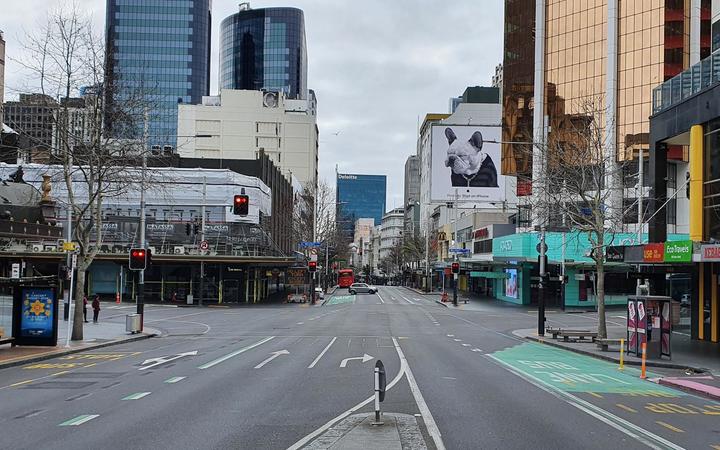 On the other hand was Covid-19 modeller professor Shaun Hendy, who said tougher restrictions should remain in place until vaccination rates were higher.

"What the government's balancing, I think, is trying to keep people safe - stop people getting ill, stop the hospital system being overwhelmed, with also ensuring that you've got ongoing voluntary compliance from the public," Goff said.

"Because this is not a situation where you can go out and use a police force to compel people to comply with the rules, this has gotta have the majority of people on side with it and I think the majority of Aucklanders are getting to the point where they say, 'Well look, we've got a high vaccination rate, how about a little bit of extra freedom now, let's see the light at the end of the tunnel'.

"I think the bottom line for me was the report from Ashley Bloomfield that said basically look we've got high numbers in the community at the moment … but what we haven't got is that being translated into very high rates of hospitalisation, very high rates of ICU usage that would overwhelm the system, and nobody wants to see the sort of scenes that we've seen around the world over the last year."

Goff said he had been in touch with the government with his views for Auckland on changing alert levels.

"It is that balancing act. You know I listen to what people are telling me on the ground and what I detect in Auckland I guess is, you know, people have been there 77-78 days, you know there is a weariness about the restrictions.

"There is a concern on the part of the retailers that they are on the edge and they you know they're worried about toppling over the edge.

"It is trying to find that balance - keeping our people as safe as possible at the same time as not ignoring the fact that there's mental health pressures, there's stress on businesses, stress on jobs and the need to keep people on side with what you're doing."

His advice to government had been to move down a step to alert level 3 step 2.

"It shouldn't be on day zero when suddenly we've hit 90 percent (vaccination) and then all of the restrictions are just lifted like that. Let's move progressively where it's safe and where it's less risky to do so towards growing liberalisation of those restrictions, keeping people you know on side with what we're trying to do ... no-one knows what the perfect balance is but I think this is about right."

But Hendy was pessimistic about the changes, he told Morning Report.

"What's been going on so far is that the vaccination program has been going really well, and we're definitely seeing the impacts of that but we're relaxing, really, ahead of seeing any of those gains in the numbers. I think a lot of us who are working in the modelling would like to see the case numbers declining before we relax and rather than relaxing and letting case numbers go even higher. It's going to be very, very difficult once case numbers get up, it's going to take a long time for them to fall, and if we let case numbers get away from us, then we're going to be dealing with a sizeable outbreak well through the summer months.

"We're increasing that R number with relaxing restrictions, and trying to bring it down with vaccinations at the same time ... we're going to continue to see increase in case numbers."

If the situation was kept as it was, case numbers were expected to level off between 200 and 300 per day, Hendy said.

"Which is which is quite substantial, and definitely does put pressure on the healthcare system. Now with these relaxations we'd expect things to go even higher, and for those numbers to persist through the Christmas period, and into next year.

Hendy acknowledged that people wanted a light at the end of the tunnel.

"A number of experts have been calling really all year for programs that that would be targeted for Māori by Māori, and that hasn't happened. That's left Māori vaccination rates lagging. And that does put Māori in a difficult position now as we relax, with vaccination rates low in Māori communities, it does put those communities at higher risk. That's essentially what we're trading off here."