New Covid-19 case numbers may have dropped for the second straight day, but the government has been called out for Covid-poverty inaction, not using rapid antigen testing for travellers, and not revealing cancer treatment disruption data. 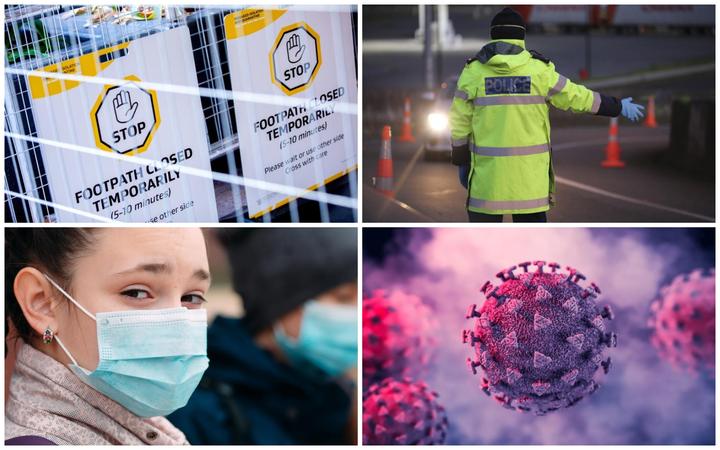 The Salvation Army has called on the government to take urgent action to help the working poor and beneficiaries, who it says are increasingly struggle to put food on the table during the pandemic.

Salvation Army Social and Parliamentary Unit director Ian Hutson said basic food should be affordable in a country that produces so much of it. But high housing costs and electricity bills were also straining households.

The church said the government should bring forward a planned increase to some benefits, due in April next year. It also called on them to reintroduce some Work and Income supports available during lockdowns last year.

There were 80 more people reported to have contracted Covid-19 in the community today; 77 in Auckland, two in Waikato (one each from Te Awamutu and Hamilton) and one in Northland (linked to yesterday's cases).

Until today the community case count for the past three days has been in triple figures.

In a statement, the Ministry of Health said 46 of today's cases are unlinked, and from the last 14 days there have been 287 unlinked cases.

There are 50 people in hospital with Covid-19, including four in intensive care. The average age of those in hospital is 44.

The Ministry said the traveller was unvaccinated. They travelled to Blenheim from Rotorua via Wellington Thursday, and were tested after arriving, when they reported a sore throat.

But Smith said rapid antigen testing before air or ferry travel could have warned of the case before they departed.

The local DHB said both Covid-19 testing and walk-in first dose vaccination numbers had risen after the case was announced. And they called on everyone in the region to check the Ministry's Locations of Interest, and get tested if they have been at one of the sites.

The traveller flew to Blenheim via Wellington Airport, and anyone who was at that domestic lounge during a window on Thursday morning is also asked to get tested.

Authorities have said the test result from the traveller was weak, and therefore they may have been late in the infectious period and may carry less risk of transmission. But anyone with cold or flu symptoms in the area is asked to get tested.

A principal has told RNZ irreplaceable school staff could be driven out of Northland schools by the government's requirement that all staff must be vaccinated.

Teachers must have had their first dose by 15 November. But about 25 percent of Te Tai Tokerau's population haven't yet had it.

The region's principals' association president Pat Newman is fully vaccinated, but said six Northland schools have reported that they have vaccine-hesitant staff - including his own primary school in Whangārei. However he said there was likely to be more.

He said it was hard enough to get qualified, culturally competent staff in Northland, and he did not know how schools would make do if staff left en masse.

Auckland's schools will partially reopen this week - with year 11, 12 and 13 students returning on Tuesday.

He criticised the health minister Andrew Little for not releasing data about how many have had procedures disrupted. But data he held for four hospitals showed that treatments for 85 patients had been either delayed or cancelled since the start of lockdown, and he believed the national figure would be in the hundreds.