There is concern university students will start moving away from the capital because of high rental prices as some students struggle to juggle their studies with their bills. 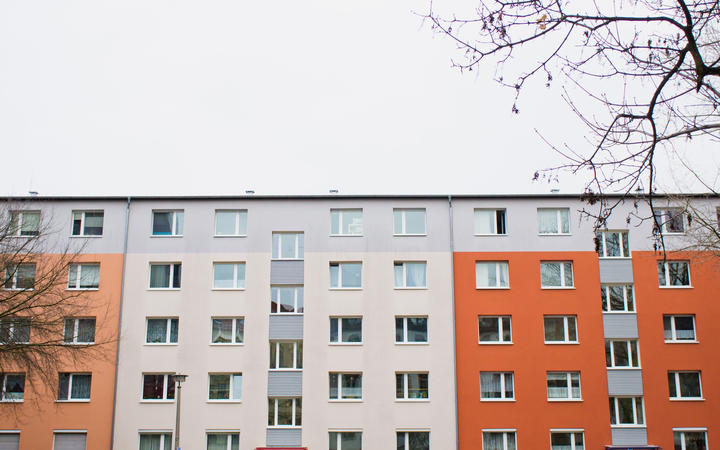 The pair say housing affordability was one of the biggest issues students faced in Wellington, with some even ditching their studies for work as a result.

Trade Me Property's most recent data (for August, published in September) put Wellington City's median weekly rent at $600, which was $30 more than Auckland City.

Second-year Victoria University student Teresa Davenport was looking for something more affordable because her boyfriend was moving home to save money.

She had originally "basically begged" him to move in to afford living in Wellington City.

Davenport currently paid $160 per week for her share of rent - their room was actually the lounge - but that would "go up to about $250" if she were the only one renting it.

She still struggled to cover her cost of living despite working the maximum Studylink allowed for without reducing her student allowance.

"The rents are just spiralling out of control," she said

Davenport regularly looked at rooms listed on Trade Me and "even at the moment they're all pretty much $240 to $250 a week".

"How am I supposed to afford that anymore?"

Davenport said she would work as much as she could over summer to pay for next year, but was ultimately considering moving to her parents' home in Whanganui.

She said she would likely be relying on the university's "really good" financial advisors next year, as well as free food through the student association.

Her experience sounded all too familiar to Wellington City Councillor Tamatha Paul, who found herself in a similar position as a student in 2017.

However, she thought things today were much worse, a statement echoed by Turnbull and Guest.

Turnbull said many students found it hard "being chucked out into the renting world" once they left first-year residential halls and its "wrap-around support".

He said students, with other expensive costs, were being "scalped" by landlords.

Guest agreed and said the hundreds of students she had seen calling out for help were just the tip of the iceberg.

In a statement, Massey University said it had increased its student accommodation this year and made it an option for all students.

But Victoria University said focusing on more than rooms for school leavers would be straying too far from its core purpose and the city's wider housing issues needed tackling.

Recognising universities were limited in their actions, Guest and Turnbull wanted to see local and central government take urgent action.

Paul did not mince her words about the council doing more, saying it had been "shocking" and "holding back" on housing.

"We've been a massive contributor to making student lives miserable," she said.

Paul said students not being able to afford city living was "one of the worst indicators" of Wellington's housing crisis because they were only paying per room, compared to those paying for a whole home.