Ross Tomlinson was one of about three people who tried to stop terrorist Ahamed Aathill Mohamed Samsudeen in the New Lynn supermarket. 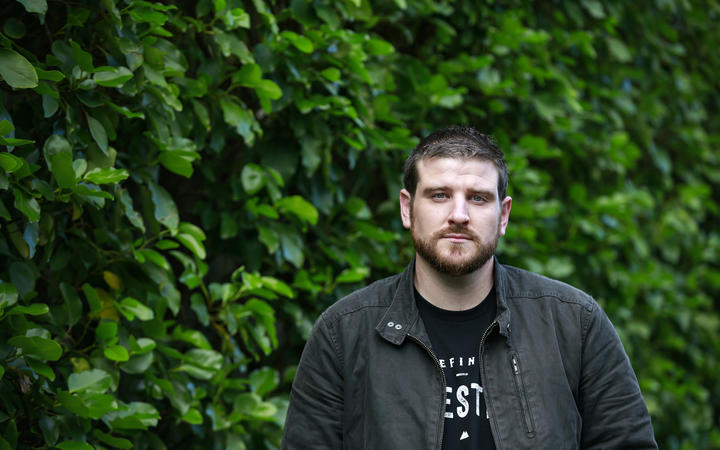 He was shopping there on Friday afternoon when he heard people had been stabbed.

Tomlinson, a paramedic of 10 years, told Morning Report he ran towards the commotion.

"There was a lady laying on the ground with quite significant stab wounds and as I went to approach her, the terrorist was in one of the aisles, pretty close to her still just pacing around that general area."

He said there were three or four of them "yelling at him and giving him instruction to drop the knife".

Them being involved was quite impressive, he said.

"I've had years of emergency training to deal with emergency situations, but for those people they didn't have that.

"So, it's really impressive to see normal Kiwis step up to people that have crazy ideology, and ideology that we don't support in New Zealand, to kind of stand up for people that are injured and help them.

"Saying that, humanity was the takeaway message: Kiwis stand up for what's right.

"Although one single person wanted to cause terror and take people's lives, he wasn't successful in that.

"People are still going to the supermarkets and people are still rallying around each other. It just shows their Kiwi spirit I guess, which is really impressive and nice to see." 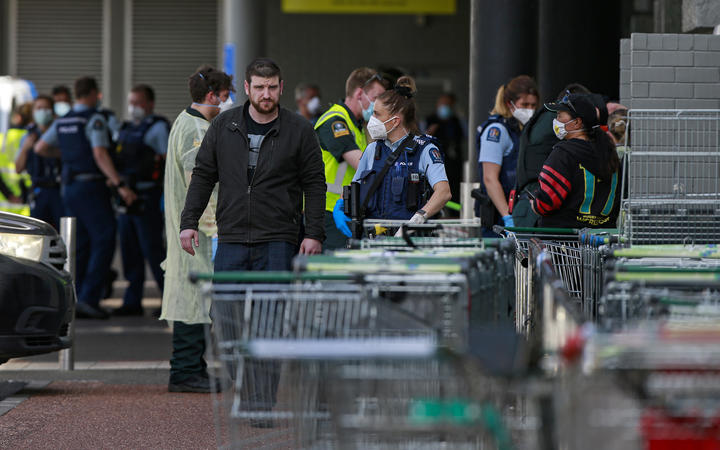 Tomlinson said three of them kept approaching the man, while keeping a safe distance, "just trying to distract him from injuring people".

He said his nanas shop at that supermarket so when he saw the elderly lady being attacked, he said: "I got probably too close than I should have and yelled at him over his chanting which got his attention, [then] he was coming for me."

But he said luckily the police arrived in time.

"As I was backing away as the terrorist was approaching me and we're towards the end of the aisles by the checkouts at that point and two plainclothes armed police officers ran to me and passed me and they stood just in front of me and yelled to the people behind the terrorists to move back ... then instructed the terrorist to drop the knife, at which point he ran at them and was a couple of feet away from them with the knife before they shot him, but they saved my life.

"I think I'd angered him with some of the things I had said to him and he was approaching me ... so that I can't commend them [police] enough."

"We quickly assessed the terrorist and he was deceased fairly quickly. We triaged him out and went to aid on the other people."

He said he took a pair of scissors and a box of nappies to help the women who were bleeding from stab wounds. "They were pretty graphic wounds which even shocked me."

Trauma psychologists have met with Countdown staff who were working when the attack took place in their supermarket.

She said support was being made available to anyone at Countdown who needed it.

"On Saturday and we got all of the team who were working on Friday into our neighbouring store in Kelston.

"We had eight trauma psychologists working with all of that team, but we also called them on Friday night and over yesterday as well. So, there's all of that intensive support."

She said staff at the Dunedin Countdown, where a man went on a stabbing rampage in May, were also being offered support.

Knives have been removed from the shelves at the moment but Hannifin was not sure whether they would be back.

The terrorist's mother has said her son was not dangerous while living in Sri Lanka, but was radicalised by Syrian neighbours.

She spoke to a local TV network in Batticaloa on the country's eastern coast.

She said it was likely some organisations would use the attack to push religious persecutions against the Muslim community which is a minority in Sri Lanka.

"It's been the lead story in almost all the newspapers on Friday.

"There have been follow-ups because immediately after that the Muslim community ... 22 organisations issued a joint statement completely condemning the attack and also endorsing New Zealand Prime Minister Jacinda Ardern's that it's nothing to do with religion, nothing to do with culture, it's a person who has carried out these violent attacks."

She said people were horrified by the news and that "Sri Lanka's name has been dragged through the mud with this single act of violence".