An investigation into the derailment of a 50-tonne locomotive that ended up submerged in the Picton Harbour is expected to take at least a month. 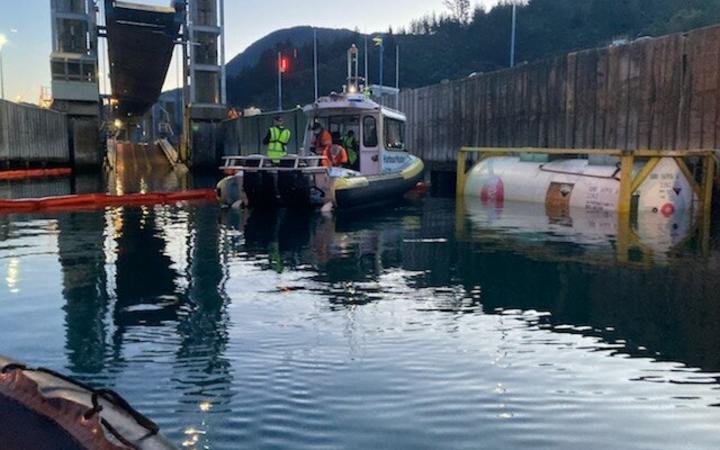 The remote-controlled shunt locomotive was salvaged from the water on Friday evening, two days after it fell into the harbour.

KiwiRail chief operating officer Todd Moyle said he could not comment on the cause of the derailment until the investigation was complete.

It was complex and expected to be underway for at least a month, looking at all issues, including the physical attributes of the yard.

Moyle could not provide a cost for the recovery operation but expected it to be "considerable".

The complex recovery job was undertaken with the help of Port Marlborough, the Harbourmaster and other contractors.

Divers attached float bags to the locomotive to bring it to the surface and two 300-tonne cranes were used to lift it out of the sea.

Around 15 litres of diesel leaked from a breather pipe on the locomotive, which was caught by containment booms before the pipe was blocked by divers on Friday.

Moyle said the Aratere had been able to resume sailing after partial repairs were made to the linkspan in Picton on Sunday, allowing the top deck of the ferry to be used.

Repairs to the linkspan, which is used to connect the ship to the shore, continued on Monday.