Nearly two years on from the SkyCity convention centre blaze, the country's largest fire trucks keep breaking down and no new ones have been ordered. 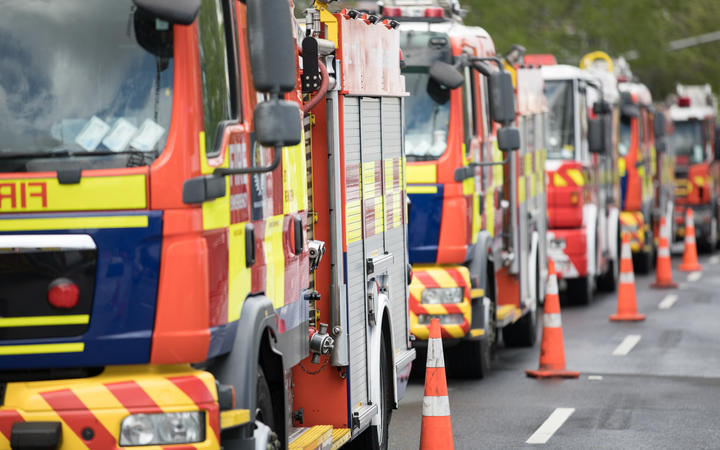 There is still no national strategy to replace the trucks, called aerials.

This is despite the convention centre fire inquiry a year ago calling for one, saying this was "overdue and ... amounts to a gap in up-to-date policy".

Auckland and Wellington have been down to one each, of the largest ladder-trucks, in recent weeks.

Grey Lynn firefighter and union leader Martin Campbell said he asked the area manager about back-up. "He said there is no contingency if this breaks down."

Fire and Emergency New Zealand (FENZ) said Auckland will get its repaired truck back this week, leaving one still in being fixed.

"The public can be reassured we have the capability to respond to emergencies," FENZ said.

It has an instruction to Auckland crews not to take the big ladder-trucks to initial callouts.

This is partly to avoid "wear and tear", and also because it is more efficient, FENZ said.

Campbell said that is not safe.

"They are trying to wrap the truck in cotton wool, and essentially told us to lock it up ... unless we go to an incident where there's flames coming out the windows," said the secretary of the Professional Firefighters' Union Auckland branch.

"Instead of thinking, 'What's the safe, tactical strategic decision?', [officers] have got in the back of their mind, 'Will I be disciplined if I call for an aerial appliance?'"

But FENZ headquarters in Wellington rejects that; an aerial would go out if an officer in charge called for one, the manager of the northern Te Hiku region, Ron Devlin, said. 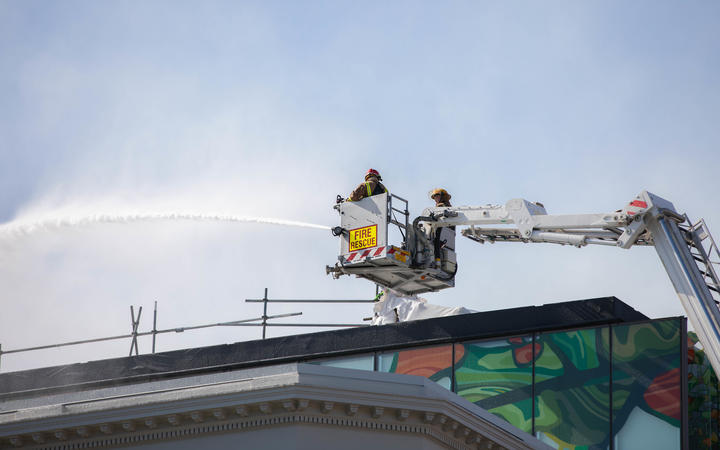 An aerial being used at the SkyCity fire in Auckland in 2019. Photo: RNZ / Claire Eastham-Farrelly

Firefighters accuse FENZ of a lack of urgency that they say has left the heavy aerial fleet fragile.

"They have just forgotten about foresight and planning and strategy, and have just neglected the heavy aerial fleet," Campbell said.

"The public can be assured our fleet is safe and suitable for the job," deputy chief executive organisational strategy and capability development Russell Wood said in a statement, having refused an interview.

The fleet is configured based on a 2003 strategy. The SkyCity inquiry, and the union, have pointed out this does not account for Auckland's fast-growing population, and the spread of infill, multi-storey housing.

Heavy trucks (Types 5 and 6 with 32m-long ladders) are in Auckland (two plus a reserve), Wellington (two) and one each in Hamilton, Dunedin and Christchurch - three of these seven have been out for repairs recently. There are a further 18 light aerial Type 4s with 17m ladders nationwide.

Several firefighters, who RNZ agreed not to name, say problems keep resurfacing with the ageing large aerials, and can take months to fix.

The August 2020 inquiry report shows the only large aerial available was Auckland's oldest - a back-up machine over 20 years old.

Two newer big trucks were out for repairs.

In the end, crews had to call in one from Hamilton - and another from the repair shop.

This left the city with no reserve "to provide surge capacity", the inquiry said.

The SkyCity fire was hard to reach, under the roof, so "having more aerials there sooner would not have changed the outcome", FENZ told RNZ.

The inquiry said the 32m ladders only just reached the top of the SkyCity roof, and suggested FENZ look at buying aerials with greater reach; London has been doing this since the [https://www.bbc.com/news/uk-england-london-40357535

Two years on, FENZ cannot say if Auckland will get more large aerials, or not.

"Any decision on expanding the overall aerial capacity for Auckland will be captured within the aerial strategy review," Wood said.

The new strategy should be ready next year.

Yet, even without a strategy, FENZ is moving to buy four new large aerials. This was "well underway" and did not depend on the strategy, Wood said.

New trucks have not been ordered and could take many months to deliver.

Wellington firefighter union president Clark Townsley said the aerial strategy meetings he is part of had only just begun.

"My biggest concern ... has been the lack of urgency.

"We've seen $7.5 million go into rebranding, and only $6m been allocated for new aerials.

"People call 111, they expect a trained professional with modern equipment to do the job - not 25-year-old vehicles that are nursed through its service life," Townsley said.

The lack of any aerial dedicated to training was also a big gap, he said.

Wellington down to one

Wellington has two Type 5s, but one is broken and will take another two months to fix.

Townsley said the truck has needed ongoing repairs; at one stage, the cage on the end of the ladder tipped forward during checks - "there was potential for injury" if it had been on a job, he said.

FENZ's approach has been to replace heavy aerials at around 25 years. It services them every three months.

A firefighter told RNZ rust was recently found on the ladder of the oldest machine. It gets certified once a year, as FENZ is exempt from the usual six-monthly checks.

"How can a 12-month safety inspection on the aerial boom be better than a 6-monthly one?" a firefighter asked in an email to RNZ.

"We ensure they [firefighters] have the tools and support they need to operate safely and protect the public," he said.