Director-General of Health Dr Ashley Bloomfield says officials were always planning to tell patients about a mistake that meant they may not have received the Covid-19 vaccination they thought they had. 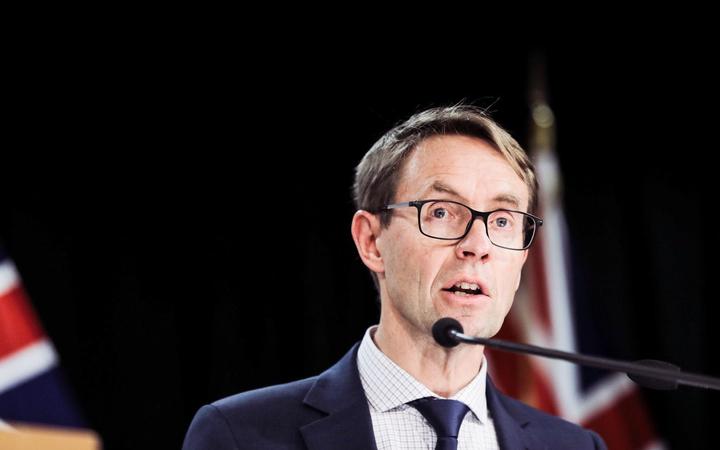 That meant five of the 732 people vaccinated that day may have been injected with a harmless saline dose instead. Saline is used to dilute the vaccine once it has thawed.

Dr Bloomfield told Morning Report authorities were waiting for scientific advice on what to tell people.

"There was always the intention to tell people," he said.

"We were getting advice around whether or not we offered people a further dose.

"There was some question about that, because of the uncertainty about whether anyone had missed out in the first place.

"I'm completely committed to open disclosure on these events."

Bloomfield said all 732 people will get sent an email or have a letter couriered to them and there will be a follow-up phone call outlining their options.

"There's a group of about 25 people in that overall group who haven't had a second dose, so that's been expedited so they can have that second dose in the next couple of days.

"Everybody in the group will have had at least one full dose and and five people may have had a slightly more diluted dose, about a 20 percent dose, because there is some residual vaccine left in the empty vials. Only five doses were being drawn up from each of the vials at that time, on that day."

A third dose can be arranged further down the track if people wanted that, he said.

The Ministry of Health has since confirmed another possible vaccine mistake, this time at the Wigram vaccination clinic in Christchurch, where vaccine stock did not match the number of doses administered.

Bloomfield said it was a similar case but the clinic was doing a reconciliation much more regularly so the error was picked up immediately.

The vaccination centre was able to identify the six people affected, confirm they hadn't received a dose and offer them a further vaccination.

Te Rōpū Whakaurutā, the national Māori Pandemic group, co-leader Dr Rawiri Jansen would like to see technical reporting on what happened at the Highbrook vaccination centre.

He told Morning Report between five and seven doses are being pulled out of vials, so one possibility would be the exact number of doses being extracted from each dial was not recorded accurately. If that was the case, it might not translate into having a vial left over and people not receiving a dose.

"I think it's really important to get some expert, technical reporting on those possiblities."

Officials are working out options for Auckland remaining in the highest alert level longer than the rest of the country, Bloomfield said.

"We will be wanting so see case numbers level off and then start to drop within the next couple of days.

"That will be the most telling thing in terms of how long Auckland will be in alert level 4.

"We would also want to be clear that any new cases were close contacts of exisiting cases or from a location of interest.

"We will be looking to make sure there are no cases popping up elsewhere in the community that we can't link to the outbreak.

Officials have been doing work on the option of Auckland remaining in level 4 with the rest of the country in level 3, he said.

"There's been a lot of work amongst all the agencies over the last week on what an internal boundary between Auckland and the rest of the North Island would look like, and what sort of travel would be permitted across the boundary, and how that would be enforced."

Cases in Wellington have all been linked to existing cases, and the cluster did seemed well contained, he said.

Bloomfield said officials were considering the issue of booster injections for those who received their Pfizer vaccines at the start of the year.

Data from Britain has suggested protection offered by two doses of the Pfizer vaccine against Covid-19 dropped from 88 percent to 74 percent within five to six months of the second injection.

It suggested a similar drop in protection from the AstraZeneca vaccine from 77 percent to 67 percent at four to five months.

Experts have told RNZ booster shots are not needed right now, but may be in the long term.

Immunisation Advisory Centre director and GP Dr Nikki Turner said immunity may lessen over time, prompting the need for a top up, or the virus might mutate so much a reformulated vaccine is needed.

Bloomfield said the ministry's technical advisory group is looking at overseas evidence "which is emerging almost on a daily basis".

There was enough vaccine to get started on third doses, he said.

Evidence on vaccinating under 12-year-olds is not expected until the end of the year.