For the second consecutive year, the number of babies dying of Sudden Unexpected Death in Infancy has increased. 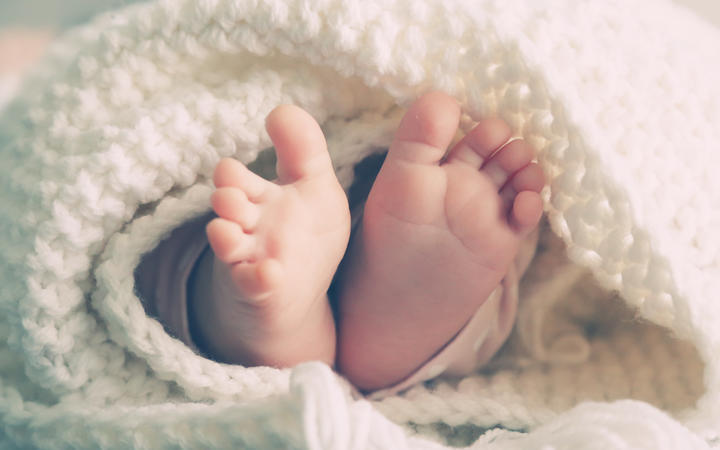 The number of fatalities is now 30 percent higher than in 2017, the year the government launched a programme to reduce the number.

Fifty-six babies died of sudden unexpected death in infancy (SUDI) in 2020, and experts haven't been able to agree on what precisely to do about the increasing prevalence.

SUDI is the country's leading cause of death of babies between seven days and a year old. It includes SIDS - which are unexplained deaths during sleep - as well as fatal accidents such as suffocation by a blanket or a parent.

"When your baby dies, and in a traumatic way like that with SUDI, the foundations of your world just go," said perinatal and infant loss expert Vicki Culling.

She lost her daughter at birth, and now counsels other bereaved parents.

Due to the sudden nature of the death, Dr Culling said police initially treat the home as a crime scene, which can compound or complicate the trauma of trying to come to terms with losing your baby.

"They're left with this almost empty room. It's not quite empty but all the bedding's gone, their baby's gone," Culling said.

"A SUDI death is referred to the coroner straight away, so parents are then in this suspended state of waiting for information about why their baby died. That can take up to two years."

Ministry of Health staff described 2019's SUDI deaths as "very disappointing" privately to the minister. They have since increased further.

At least half of SUDI deaths in recent years were Māori pēpi, with Pasifika babies also dying at higher rates than non-Māori and non-Pasifika babies.

There are two major risk factors for SUDI: Smoking during pregnancy and bed-sharing, which can result in accidental suffocation either by people or blankets. The vast majority of cases occur when the baby is less than five months old.

Auckland University SUDI expert Dr Ed Mitchell said deaths dropped sharply between 2009 and 2016. The $5 million a year National SUDI Prevention Programme was launched to further reduce these. But almost straight away the number of deaths rose, now up 30 percent since 2017.

"I think it's disappointing there hasn't been a reduction, given the extra resources that have been put in."

Hāpai Te Hauora is the largest Māori public health collective in Aotearoa, and is contracted to oversee the National SUDI Prevention Programme.

DHBs are responsible for on the ground activities, and distribute Safe Sleeping Devices - woven flax or plastic bassinets which provide a safe sleeping space for parents who choose to sleep in the same bed as their baby.

General manager Fay Selby-Law said it was as yet unclear why SUDI deaths have increased, but social factors have changed.

"Well the obvious one would be poverty," Selby-Law said. "I think it's got tougher for whānau.

"It's a real struggle if your wages aren't meeting your needs."

The evidence they have is that the vast majority of families do get the safe sleep messaging, but it only takes one night of not being vigilant for a death to occur.

"When a baby's been unwell and a parent's doing their best by that baby, their understanding is keep baby close to them. There's another risk in that," Selby-Law said.

"[We explain] that to mum or dad or the caregiver that actually suffocating a baby is a really risky thing. That can happen so easily when you fall asleep with baby in your arms."

In May this year, at 8pm on a Sunday night, Ministry Of Health deputy director-general Deborah Woodley sent an email to eight other high level managers, entitled "Call to Action on SUDI rates".

"As you will be aware the last few years has seen an increase in SUDI rates," the email started.

She wanted a "high level meeting" of this group to discuss with their Expert Advisory Group the results of analysis of recent SUDI cases, and the group's recommendations to halt the increase.

"The Expert Advisory Group (EAG) did not reach a consensus on recommendations on 21 May. The group agreed there was a need to consider wider perspectives before finalising their recommendations. This is in progress and the deadline for their final recommendations has been extended to 31 August," a later statement to RNZ said.

A separate review of the government's failing programme had been delayed. It was due to start in the 2019/20 financial year. This was pushed back while the ministry internally reviewed SUDI reports.

The external review got underway on 1 July, 2021, and a final report is due at the end of October. The ministry commissioned Te Whare Wānanga o Awanuiārangi - Te Werohau, a Whakatane wananga (tertiary provider) to do this.

The message from advocates: "Make every sleep a safe sleep".