The coroner has warned parents about the importance of ensuring babies are put to sleep on their backs, after the death of a three-month-old in Christchurch. 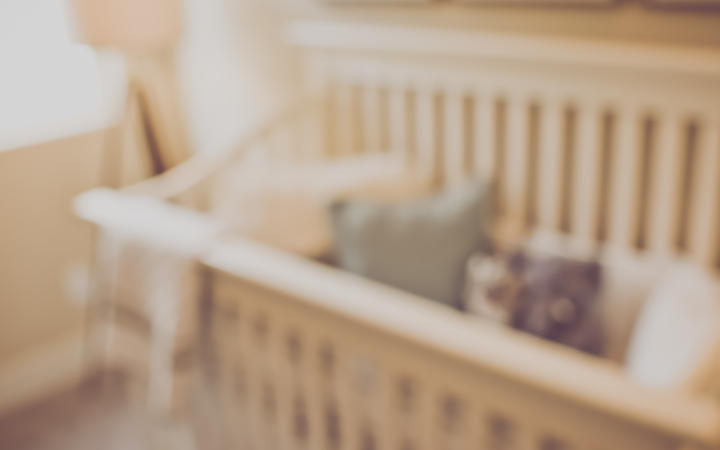 The baby died while asleep in her cot in August 2019. A coronial inquest found the cause of death was sudden unexpected death in infancy (SUDI).

Judge David Robinson found that being placed in an unsafe sleeping position had been a factor in the baby's death.

According to evidence submitted to the coroner, the baby had become unwell the day before her death and had struggled to settle that evening.

Her parents described her as being "alright" in the afternoon, but she wasn't her normal self and wouldn't sleep in the evening, with her breathing "a bit wheezy".

She was put down to sleep several times but would wake again, only dozing in her father's arms or on her mother's tummy.

In the early hours of the morning, her father placed her into her cot on her stomach, trying to mimic the way in which she had fallen asleep on her mother earlier in the night.

He took a pillow from the lounge and placed it in the cot, before putting the baby on her stomach with her head angled to the right, using a blanket to keep her on her side and prevent her being face down.

When he returned to check on her some time later, he found she was face down and not breathing.

He carried her to the lounge, woke his partner and called emergency services. He performed CPR until ambulance staff arrived, but the baby could not be revived.

Judge Robinson said the baby's father was right in trying to settle her in her own cot after she fell asleep on her mother, due to the significant risks posed by co-sleeping.

He acknowledged the man's good intentions, but placing her on her stomach on a pillow was unsafe.

"He was doing his best to settle his baby. If one positive could be taken from this case, it would be a timely reminder to mums and dads of the importance of putting babies into their cots on their backs."

He endored the Ministry of Health's safe sleeping advice.