The housing crisis is hitting Kaikohe so badly overcrowding is now the norm, not the exception, residents say. 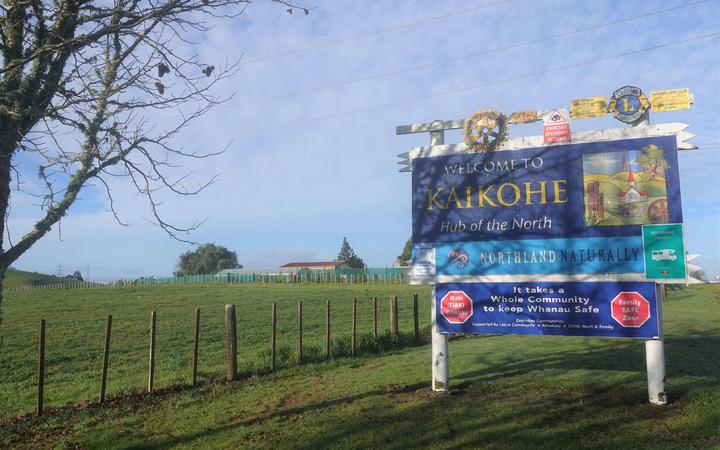 It's one of the few places in New Zealand with a median house price below $300,000 - increasing buyer-interest from out of town but reducing the rental pool.

Te Rōpu Poa said those hoping to own their own home in the town were being priced out.

She has ninety-four staff and estimated less than 20 percent owned the house they lived in.

"They've been in KiwiSaver, they've ticked all the boxes that the system wants them to comply with. Now - they can't afford a shithole in Kaikohe. So I want to build brand new homes for them and their families, to create that asset for whānau in terms of future, because you can't get your grandparents house or your parents house. They don't own them anymore."

Data from the 2018 Census showed dwellings in Northland were the dampest in New Zealand.

In Kaikohe specifically, 40 percent of households had significant mould.

One renting mother told RNZ her home should have been in a better condition when she moved in but there was nowhere else she could go if she kicked up a fuss.

"I got a four-bedroom and it's really cold as, especially for my kids."

"If they were to fix it, the rent was to go up. So I pretty much was living on enough to pay what I was paying but once I heard that I moved out."

The Whakamanamai Whānau Trust in Kaikohe has started renting out portable cabins to go on Māori land.

The 'Whare to the Whenua' scheme has been used by about 200 family members since it started last year.

The trust also rents out rooms above its office on the main street.

Leader Rhonda Zielinski (Ngāpuhi) is contacted by people in need on a daily basis.

"It feels sometimes like you've got the weight of the world on your shoulders," she said.

"We feel morally convicted to try and find a solution and some of the families we work with, they're hard families ... They don't have good credit ratings. They don't have a lot of income. They might have prior things you know - challenges or barriers - but they still deserve to be clean and dry and warm."

Similarly, not-for-profit Ngā Whetu o te Wā Kaikohe has set up a base to build prefabricated cabins for whānau, that can easily meet consent standards.

"We're not here for the money. I know there's a whole lot of money to be made in housing but that's not our focus. Our focus is about making good healthy homes for our whānau and anybody else who wants one."

For those who can't afford to upgrade the house they own, Healthy Homes Tai Tokerau installs subsidised insulation.

"I was born and raised in a tin shack sort of, no running water, no power. So I understand ... But to see them 30 years on from where I came from and people still living like that. Yeah it is quite sad."

But it also drives her mahi.

"Even though it's a stinking job and you're getting bashed up around by the piles or your hair's getting caught in the nails or the timber or something like that - it's worth it after you come out and you look at the family and they've got smiles from ear to ear, they're so thankful. The appreciation behind it, that's awesome."

Haka Bristow's team takes referrals from across the region, the DHB, online applications, and word of mouth.