The tourism industry is welcoming a new roadmap to reopen Aotearoa's borders next year, while bracing for more months without international visitors. 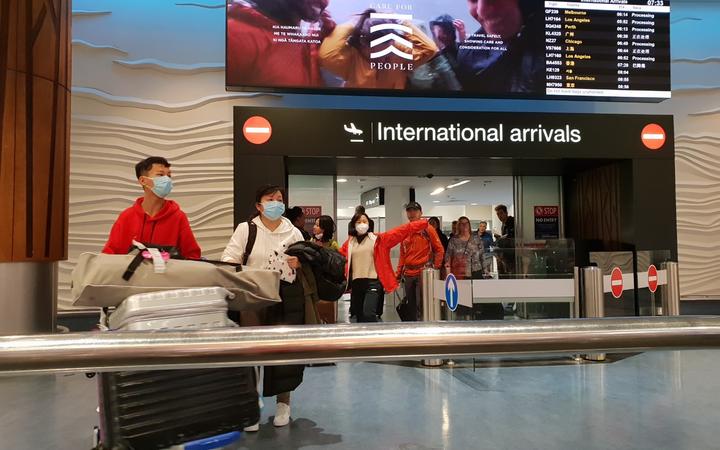 This morning, Prime Minister Jacinda Ardern announced the immediate focus is to ramp up the vaccination roll-out and then to look to a phased reopening of the border once there is good coverage.

That new border system will be based on low, medium and high risk entry paths kicking in from early next year.

Tourism operators appreciated the clarity, but said many would remain in survival mode until the planes begin touching down.

"Vaccines, border testing and monitoring of symptoms when you travel will eventually become our baseline. And we will get used to it. Our goal as New Zealand is to get to that place as quickly as we can, with as little health and economic disruption as we can," she said.

The plan included speeding up the vaccination roll-out this year and allowing those vaccinated to start travelling again at the beginning of next year as part of a risk-based pathway system of travel.

She described it as a careful and deliberate approach.

"Rushing could see us in the situation many other countries are finding themselves in where after sustained periods of case numbers falling due to vaccination they are finding them rise again after relaxing their settings and opening their borders," she said.

"So our plan is to reopen in a phased way where we assess and check before taking each step."

Tourism Industry Aotearoa chief executive Chris Roberts said the plan was no quick fix, but it could set the country up well in the long term.

"Really pleased to see the trial that's going to begin in October for New Zealanders to make short trips overseas and not have to come back to MIQ. That's not an immediate tourism benefit to New Zealand, but it does test our border processes and the pay-off will be - if that trial works really well, then next year, we will be able to bring in people from low risk countries without putting them into MIQ and that's when the opportunities will come for tourism."

He was expecting some pent up demand from vaccinated travellers.

"I think most travellers will believe that travelling to New Zealand is a safe option and probably one of the safest that there is anywhere in the world.

"But what will that travel journey look like? How many requirements will be in place and will it be worth the effort? That will be the question would-be travellers will be asking themselves."

"I'm pretty comfortable that the position is keep us safe, get us all vaccinated as best we can, and then start to open ourselves up to the world as we progressively go forward.

He was predicting it would take some time for travel confidence to rebuild and had factored that into his future figures.

"We think within three or four years, if we were getting to 50,000 international visitors, we would have done pretty well ... as we see things currently.

"So we're not projecting large, large numbers of visitors in the next two or three years. We think it's going to be a slow, progressive and very monitored build back and I just don't think the New Zealand government, the way it's managed Covid is going to allow anything else."

Totally Tourism boss Mark Quickfall said fortress New Zealand could not last forever so a border plan would help them to prepare.

But he was not expecting an easy road to recovery.

"Looking ahead, we just happen to accept that when we move out of winter into summer, it will be quieter again, and that's concerning. We were hoping that the Australians would be travelling. But certainly between now and 2022, it's going to be pretty tough going for the tourism industry in general ... it's a matter of once again, hanging in there and just riding this out."

There was work to be done before the border was reopened.

"Our first plan for tourism needs to be that we allow businesses to reset and as I said, there will be a number that will disappear potentially if this drags on for too long. Then we need to recover. We need to rebuild and then we need to reconnect."

Vaccinations will be open to all eligible ages from 1 September and it is only once jabs are in arms that the drawbridge could begin to be winched down.