A housing development designed to flood is one of several in Nelson put forward for Kāinga Ora's $1 billion dollar Accelerated Infrastructure Fund. 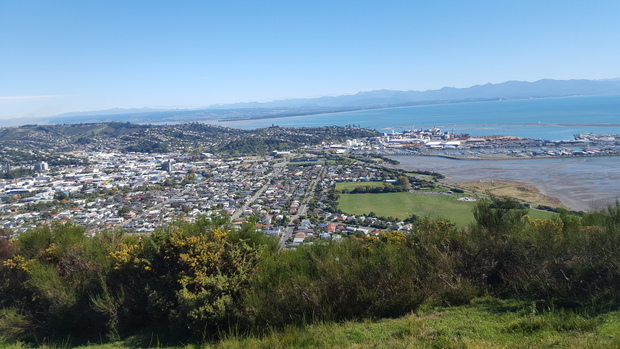 The Nelson City Council has made a move to encourage government offices to re-locate to the regions. Photo: RNZ / Tracy Neal

Nelson City Councillors voted on Thursday to support four housing developments, which if successful, could see nearly 3000 houses built over the next fifteen years.

Horoirangi, a 250-house development proposed by Wakatū Incorporation, north of Nelson, accounted for sea level rise with a third of the land devoted to the environment and wetland creation.

Group general manager of property and commercial Iain Sheves said it was looking to develop a 150 year leasehold tenure with a one-off capital payment to make the housing unattractive to investors and speculators.

While there were challenges associated with the geotechnical conditions, servicing and planning, Mr Sheves said the land was flat, close to central Nelson, and offered a chance for affordable and sustainable development.

The proposal required a plan change and the group estimated the development would be complete by 2029.

Another plan by the Maitahi Development Co proposes building 350 homes in the Kākā Valley, near the Maitai River.

In April, developers lodged a private plan change application to enable hundreds of homes to be built in the valley and that process was still underway.

Koata Limited chief executive and appointed director of the Maitahi Development, Hemi Toia said without the infrastructure acceleration funding, it would not be able to build affordable houses in the valley.

The 350-house development was an innovative housing solution for the city with the aspiration to provide sustainable first-home opportunities to iwi and families with a "village atmosphere".

He said access to land and its cost were two of the main challenges and it planned to work with community housing providers Abbeyfield, Nelson Tasman Housing Trust and Habitat for Humanity.

"First home buyers struggle to get access, let alone community housing providers. The central government funding as landowners of the Maitahi Development the opportunity to flip this on its head and change the order, to provide us with the opporunity to provide early access to at least 100 sections of the potential 350 sections."

Toia said the central government funding would also help to reduce the cost of those sections for Ngāti Koata and community housing providers.

He envisaged presenting at a Ngati Koata AGM in three years time, where an iwi member stood up and thanked the organisation for helping their whanau into their first home.

Without the funding, Toia said it could and would build 40 homes on lifestyle blocks that could be sold at upper market prices.

In response to concerns raised about the development's impact on the water quality in the Maitai River, Toia said looking after the awa was "absolutely paramount" and the development was designed to improve its health.

Earlier in the day during the public forum, members of the Save the Maitai group who oppose the development asked councillors to reject the proposal to support the project for government funding.

Member Mic Dover said Nelson was supposed to be a smart little city and it would like to see the council act on alternatives to greenfield subdivision.

A petition with more than 12,000 signatories showed the community opposition to the developer-led subdivision.

A joint development between Marsden Park Limited, Stoke Valley Holdings Limited and Solitaire Investments Limited for 2,250 dwellings in the Ngawhatu and Marsden valleys was also endorsed.

As was the Vista Heights development of more than 100 homes in Bishopdale led by Gibbons Holdings Limited.

It already held consent to build in excess of 100 homes but required $2 million in infrastructure to develop a connection to Waimea Road and downstream council pipes.

Mayor Rachel Reese said Nelson had seen an escalation in its housing crisis which meant some people were left without homes while others faced insecure housing choices.

In the last five years, house prices had risen by 88 per cent, rents had increased by more than 30 per cent and the average Nelsonian was spending about 38 per cent of their income on rent or a mortgage.

Mayor Reese said intensification alone was not the answer, it required smart thinking to increase housing supply and address affordability with the Accelerated Infrastructure Fund a key part of that.

The region was in a "desperate situation" when it came to housing and it couldn't afford to lose opportunities to change that, she said.

"There is no quick fix here, there is no one way to do this, it is going to require a really collaborative process, it means council playing a key role as an, a key role as a partner with others."