A Southland farmer already in mediation over land clearing is now under investigation after being accused of trying to drain a wetland. 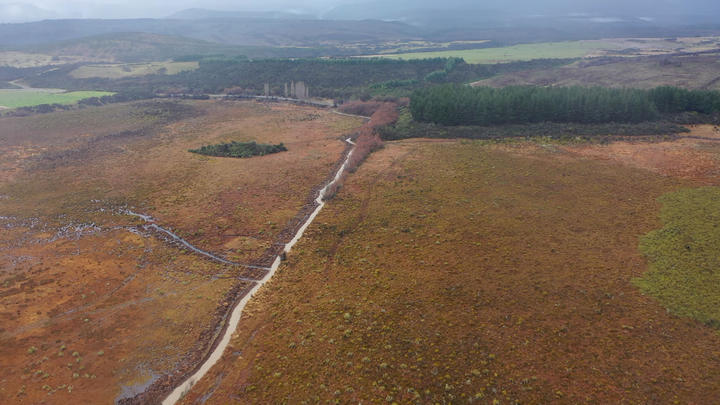 Winter grazing activist Angus Robson complained to regional council Environment Southland saying he believed the farmer was draining a wetland area which was next to a paddock used for intensive winter grazing.

Wetlands are important as they clean the water that flows into them and support high concentrations of wildlife.

In June, Robson supplied Environment Southland with a link to video footage of fresh earthworks surrounding a wetland close to Lake Te Anau and the Eglinton River.

"I can confirm that I have recently cleaned out existing drains running alongside a wetland along State Highway 94. These ditches were originally dug in 1936 by my grandfather.

"Maintenance of existing drains is permitted in terms of the Southland Water and Land Plan," he said.

The council accused him of causing irreparable damage to flora and fauna when he cleared 800 hectares of mānuka to make room for pasture on his 8800ha farm. The council went to court after the farmer ignored warnings and an abatement notice telling him to stop clearing the land. Mediation related to the matter is ongoing.

Rules governing drains and wetlands are complicated in Southland as two regional plans are in place - a Regional Water Plan, and a proposed Regional Land and Water Plan.

Environment Southland's acting compliance manager Glen McMurdo said both plans, along with the Resource Management Act, came into play when determining if there had been a breach.

"The way we do that depends on the individual circumstances in each case. When considering wetlands, rules in both plans are considered, as well as the National Environmental Standards for Freshwater."

The National Environmental Standards for Freshwater sits above the regional plans.

A Ministry for the Environment spokesperson told RNZ drains dug before the standards came into force were defined as infrastructure and any earthworks had to comply with certain conditions.

These included a requirement to notify the council 10 days prior to commencing work, and a condition that drains could not be deeper, relative to the wetland's water level, than they were before. If the earthworks didn't comply with this condition, a resource consent was needed before work commenced.

Consent also had to be sought if drainage altered where water flowed into, within or out of a wetland.

Due to its ongoing investigation, Environment Southland wouldn't say whether consent had been issued to Chartres, but the council's online map showed there were no consents issued in the vicinity of the wetland. 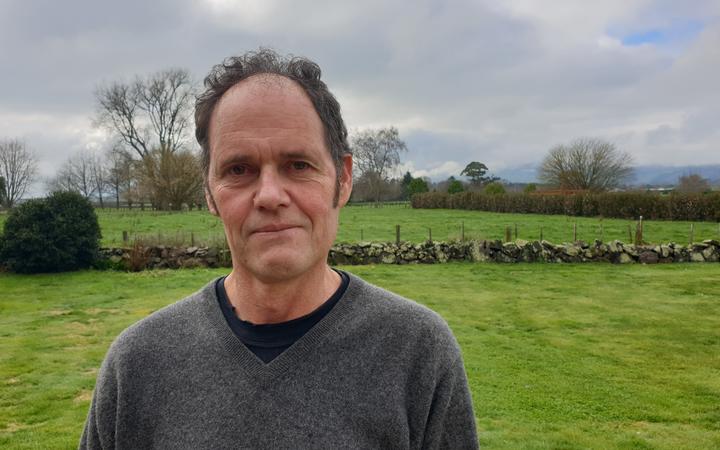 The slow pace of the council's investigation has frustrated Robson, especially as he had previously come under fire for not sharing the location of winter grazing breaches with the council.

He considered the complaint a "slam dunk" which the council should have acted on quickly.

"Those wetlands are absolutely filled with biodiversity. They're really, really valuable, for lots of reasons. And they've been protected for a reason."

Robson thought Environment Southland should have immediately issued an abatement or enforcement order and required the land owner to close off the drain, by damming the outlet, while the matter was investigated.

Robson was also worried the wetland may have been sprayed with weed killer after he noticed one area was discoloured. He has made a second complaint about this.

Ninety percent of New Zealand's wetlands have been drained, with 3452 hectares estimated to have been lost from Southland between 1990 and 2012.

National Wetland Trust of New Zealand research, published in February, found none of the 61 Southland wetlands it investigated that had been converted for another use since 1996 had been given a drainage consent.

A spokesperson for the trust said based on its interpretation of Southland's regional rules, consent should have been sought for all 61 wetlands. Farmer Peter Chartres' case could, however, be different.

However, he suggested it would be up to a compliance officer or the Environment Court to determine if the earthworks on Chartre's farm complied with the conditions or "whether the activity counts as drainage maintenance in the first place".

"I wasn't around in 1936 so can't verify whether or not that drain existed back then. But, from Google Earth it's clear that as of late last year there is little evidence of a drain existing (if one does it hasn't been cleared in a long time) and if one does the extent of what has been dug out makes it a real stretch to claim it's drainage maintenance," he said.

"Regardless of that, the National Environmental Standards (which sits above the regional plan) is quite clear that drainage of wetlands isn't allowed."

Chartres has appealed the inclusion of three other wetlands on his property in a list of regionally significant wetlands in Southland, meaning they couldn't be used for grazing.

In his submission Chartres said: "These wetlands have been grazed extensively since 1859 without detrimental impact. There is therefore no rationale for excluding stock from these areas and making this a prohibited activity." The appeal is still with the Environment Court.

Chartres also made a submission to the Southland District Council in 2013 regarding rules around clearing native scrub. He said the rules would impact the productivity of his 8855 hectare beef, sheep and forestry station. He said the farm's financial situation had come under pressure after agricultural subsidies ceased in the 1980s, and its productivity had been affected after he lost the rights to graze stock on land in Fiordland National Park in the 1990s.

He said he had voluntarily fenced wetlands and gullies containing native plants.