An East Cape pharmaceutical company has been fined $28,000 for planting in and taking water from a "regionally-significant wetland" without consent. 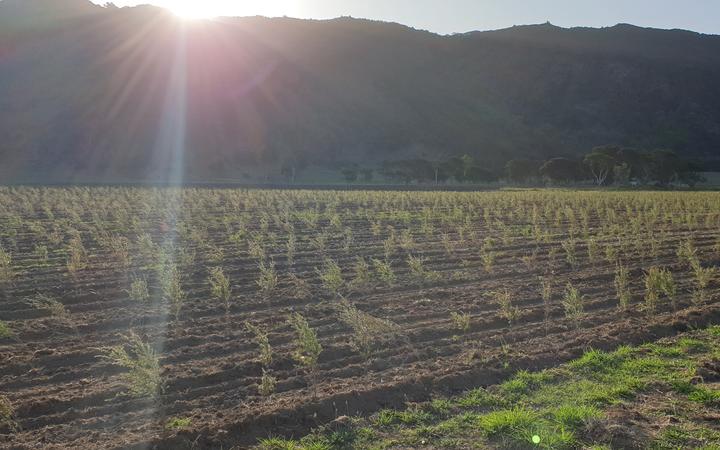 Tairāwhiti Pharmaceuticals has been convicted of modifying and taking water from Te Whare Wetlands in breach of the Resource Management Act after Gisborne District Council laid charges.

But the need for water take permits was"very common", he said.

Wetlands in the Gisborne region have been reduced to 1.75 percent of their original extent.

According to a summary of facts, Tairāwhiti Pharmaceuticals used a tractor to disc and harrow about 30 hectares of land near Te Araroa to create"uniform terrain" before planting 200,000 mānuka trees from November 2019.

About 3.1 hectares of the plantation were within the Te Whare Wetlands protection management area and at least 1.5 hectares of wetland vegetation was affected.

The company also excavated 460 metres of channels in the wetlands to reduce flooding of its mānuka plantation, which has been used to produce mānuka oil at its Te Araroa factory.

Tairāwhiti Pharmaceuticals took between 3000 and 5000 litres of water from the wetlands to irrigate the young crop over about 50 days in January and February 2020.

Lawyer Adam Hopkinson, prosecuting on behalf of the council, argued there had been a "high degree of carelessness".

Given the company had been operating the mānuka factory for 26 years, it"should have been aware" of the regionally-significant Te Whare wetlands, Hopkinson said.

Tairāwhiti Pharmaceuticals had also obtained five water take permits in the past. 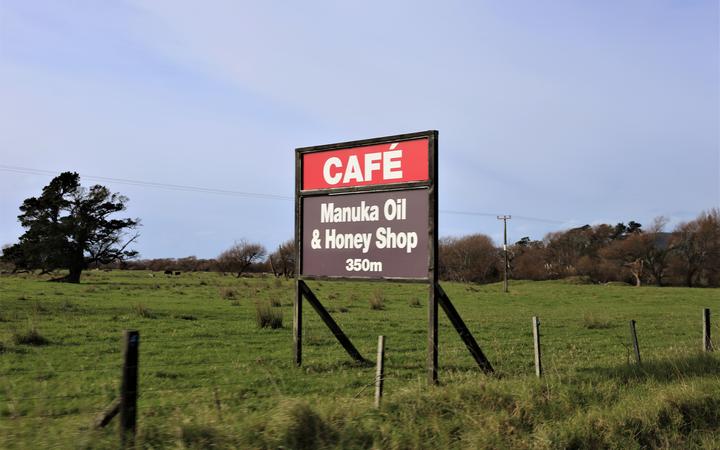 Tairāwhiti Pharmaceuticals was founded in 1991 and since 1993 has operated a factory at Te Araroa that extracts oil from the manuka tree leaves. Photo: Alice Angeloni/ LDR

As the planting was commercially motivated, Kerr should have been aware of his legal obligations under the RMA and should have sought expert advice or contacted the council, Hopkinson said.

"A defence of ignorance doesn't stack up," he said.

Lawyer Matt Atkinson, defending Tairāwhiti Pharmaceuticals, said the wetland was "severely degraded" and prior to this, it had 300 cattle grazing on it.

There were no fences, no water troughs and the cattle would wade through, drink from and excrete into the wetland.

Tairāwhiti Pharmaceuticals had been quite careful to not plant in the areas that were visibly more "high quality", Atkinson said.

Ecologists representing the company and the council had agreed that the mānuka could stay in place. 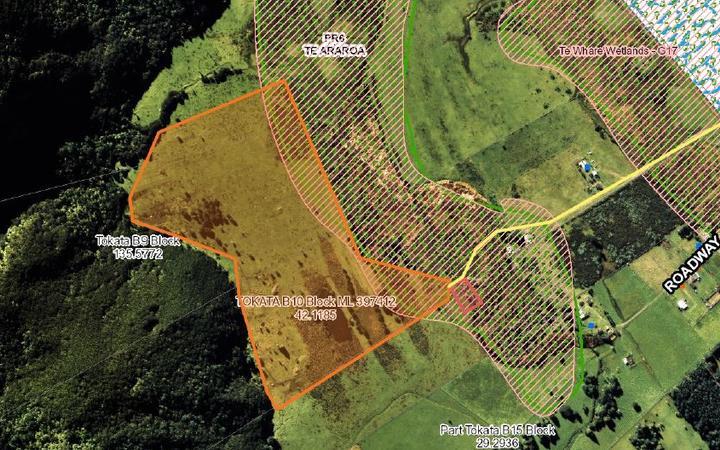 An aerial photograph shows the overlap of the mānuka plantation, marked in red, with the southwestern section of Te Whare Wetlands. Photo: Supplied/ LDR

"It's hard to see this isn't an overall improvement to the way it was," he said.

The company's response had been exemplary, fully co-operating with the council and voluntarily taking steps to remediate the area.

It had filled in the drains and was committed to putting up a fence when it could be agreed with the landowners.

Atkinson argued there was no need for deterrence because it was a "genuine mistake".

He said it was a small company formed to provide economic and employment opportunities to the community, rather than a corporate that was "out to make money".

Judge Dwyer said wetlands were a "diminishing environment" and degradation of even small areas had an impact.

In sentencing, he took a starting point of $40,000 for both charges and allowed a 30 percent discount for early guilty pleas and previous good character.