More than 200 international medics and almost 1000 nurses are on work visas because invitations to apply for residence have been suspended - and the complications it causes is prompting some to head home.

Hannah Price is a doctor in the emergency department at Waikato Hospital, but without residence she cannot start the training in gynaecology and obstetrics she needs to become a specialist.

She said she and her partner, a speech therapist, were tired of being on a series of temporary visas and being stonewalled when they ask what is happening.

A reply from her letter to the immigration minister said the government was still deciding when to restart selecting expressions of interest (EOIs), and to check the website - though she said at the time, the website itself was displaying out of date information.

"We're both working hard at a hospital that we really like. To basically just be told, 'yeah, well, we're not sorting you guys out anytime soon and also, we can't even tell you when it might be', makes me feel a bit like, actually does this government know what it's doing if they can't make a clear plan?

"And they've now got a backlog of all these people who have paid them money and no plan of what they're going to do with it.

"From what I understand they're trying to upskill more Kiwis to do the jobs that internationals are doing, which I totally understand, but you can't magic a load of doctors where it takes six years of training, you can't magic them out of nowhere." 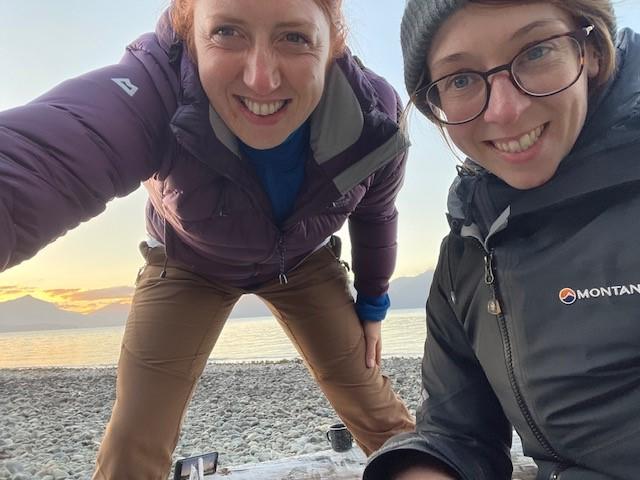 The uncertainty and expenses, including doctors fees as non-residents while working in the health system, has led them to consider returning to the UK.

She received an apology after she had to be taken off clinical duties for a week because the immigration call centre wrongly told her she did not need to alter her visa.

Added to those factors is the worry about getting MIQ spaces after a family wedding in December.

"The potential cost of $8000 for managed isolation to return to a country, where we have no idea of whether we can settle, and whether it's worth coming back."

A fellow doctor, who asked not to be named, was also keen to start specialist training and thinking of heading back to England too.

"You do feel somewhat temporary - you can't buy a house, you can't invest in the country, and you're not eligible for KiwiSaver," he said.

"I think, like everyone else, we're all somewhat in the dark. It would be nice to know where we are, what's going to happen. Are they just going to scrap the entire scheme? I don't know."

More than 2,500 people have signed a petition started a week ago by a doctor also waiting for residence, and among those who signed is a Whangārei GP leaving for the UK in the next week.

RNZ has been contacted by several more doctors in the same situation. Figures from May suggest a third of the 10,000 applicants waiting for their EOIs to be selected qualify for the priority residence list - which includes health workers, teachers and engineers.

And one physician said the problem is larger because those figures only show the number of doctors who have lodged EOIs. Many more - like him - are waiting for a government policy announcement before taking that step.

A New Zealand agency which recruits doctors from overseas said it was finding it hard to tempt staff with the uncertainty over immigration.

Kāpiti GP Anne Solomon told RNZ in June she was thinking of returning to the UK, as her daughter will not be able to work without the family getting residence. Ōtaki GP Harding Richards has already left.

For psychiatrist Arnob Chakraborti, who emigrated from England in 2013 and is already resident, it is the five-year wait for a different immigration programme to open that has caused him to weigh up his future here.

His mother in India is among 8500 parents of residents and citizens who are waiting to be invited to apply for residence after the programme was meant to restart last year.

The parent category was shelved in 2016, prompting him and his wife to move to Australia before shifting back when the government announced it would re-open applications - and then Covid-19 intervened.

"I'm in a dilemma, I don't really know which way I'm going next, we shall see. I'm happy to wait and watch for a period of time but, obviously, it has to be a limited period of time during which I have to make a decision whether staying in New Zealand would be a sustainable option. Travelling back and forth to look after my mother, that is not sustainable."

He echoed what Dr Richards said about retaining staff.

"It's obviously for the immigration department to decide what their priorities are but I think they should at least start looking at their immigrant population on a case-by-case basis.

"On one hand, they talk about shortages of certain highly skilled people. On the other hand, when it comes to helping facilitate their transition, and to help facilitate that they would remain in the workforce entirely, thoroughly - physically and mentally - then, you do not get as much of an assurance."

Dr Chakraborti said uncertainty was hard to take for migrants in any occupation.

"First of all your attention, concentration, those things get affected," he said. "Second, longer term, if it is really causing you enough stress, then you can expect some degree of adverse physical or mental health outcome."

Immigration Minister Kris Faafoi said the government was continuing to assess when EOI selections for the parent category can take place, but no decisions had been taken.

"Ministers are currently working through advice from officials on the reopening of Skilled Migrant Category Expressions Of Interest selections," he said.

"The government acknowledges the impact the suspension of EOI selections is having on some applicants and their immigration status."

A spokesperson said they were also considering how to best manage and prioritise requests that are currently in the queue for residence.