The government has told Rocket Lab it has no problem with it launching a satellite into space for the United States Department of Defense's Space Force. 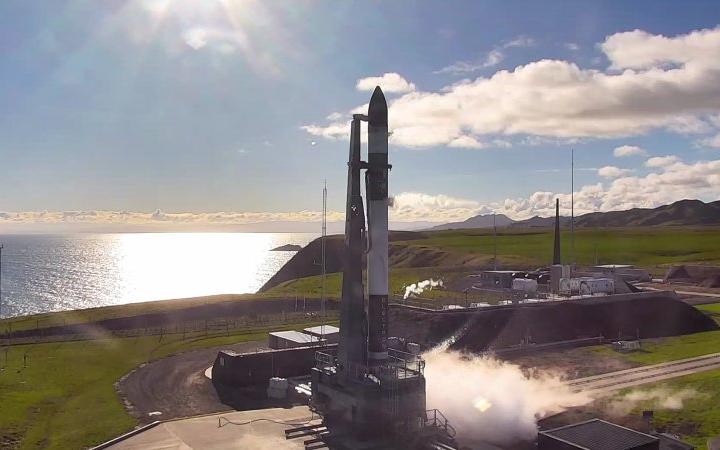 Rocket Lab is due to launch the Monolith satellite for the 'It’s a Little Chile Up Here' mission. Photo: Rocket Lab

The Space Force, which falls under the US Armed Forces, was launched in 2019 by former president Donald Trump, who described it as "the world's newest war-fighting domain".

It is not intended to put troops into orbit, but aims to protect US assets.

The Monolith satellite was originally meant to be launched in Virginia, but was moved here while NASA checks software that autonomously makes flight termination or destruct decisions.

Rocket Lab is due to launch the "research and development" satellite from the Māhia Peninsula today, between 6pm and 8pm.

Heading back to the pad this month is possible thanks to the incredible and dedicated team behind Electron. With launch day approaching we'll have next mission details to share #soon. pic.twitter.com/raFr8XbN9F

"It's a technology and development satellite and our understanding is that it's doing two things. One it's small satellite - think about the size between a microwave and refrigerator.

"It's testing whether you can use a proportionally large arm on the satellite to deploy sensors, relative to the size of the satellite itself. It's also looking at space protection capabilities which is really about how resilient is the satellite."

Crabtree said they provided advice to the minister responsible on the basis of legislation and government policy.

"We also have a technology safeguards agreement with the United Sates, which is a treaty level agreement, which means the New Zealand government gets access to all information about any of these payloads."

As part of the assessment, Crabtree said information was supplied by the applicants and the New Zealand defence and intelligence community provided the space agency with analysis.

"So we get an application, in this case it was from the US, from the department of defense and then we process it against the tests within the legislation.

It is not the first time the Rocket Lab facility has helped the US Department of Defense. Rocklet Lab said the 'It's a Little Chile Up Here' mission comes under the same agreement in which it sent off three satellites for the Space Test Program in May 2019.

Previously, Rocket Lab's launch of a satellite for the US military in March caused concern and drew protests in the small Hawke's Bay community between Napier and Gisborne.

The satellite, called Gunsmoke-J, aimed to test technologies that support development of the US Army.

Watchdog group Rocket Lab Monitor organiser Sonya Smith, of Ngāti Rakaipaaka hapū, said the community was promised the facility would not be used for military purposes.

Rocket Lab responded at the time, saying all the payloads had met the stringent government requirements and that it had held a hui with local iwi.

Minister for Economic and Regional Development Stuart Nash, who is MP for the area, signs off on space launches.

Nash previously said the Gunsmoke-J launch was "consistent with our domestic and international legal obligations" and aligned with New Zealand's "values and interests".