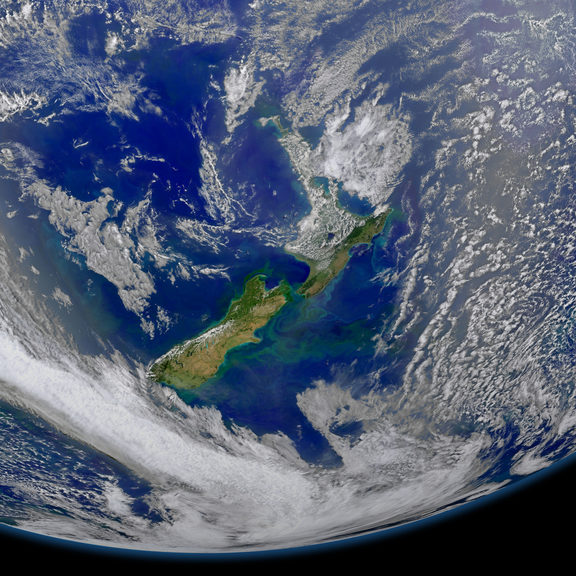 In the last few weeks New Zealand has signed a space treaty over Moon exploration and resources, a Canterbury spit has been announced as a rocket launch base and Rocket Lab has been tasked with designing two photon spacecraft for a 2024 scientific mission to Mars.

Headline news, but there’s plenty more happening in the space industry in this country. More than most people realise.

Former NASA space engineer Eric Dahlstrom is working in New Zealand to help connect people in the industry globally – he is an international space consultant.  When he arrived here four years ago he and his wife started a directory of the companies and projects in the industry here. Eventually they listed 240 of them, but it wasn’t easy to do.

“Coming from California I just didn’t realise how hard it would be to get people in New Zealand to admit to doing amazing things,” he says.

“New Zealand has a lot of capability and a lot of hidden talent involved in space.”

The industry here is worth $1.75 billion according to a Deloitte report commissioned by the Ministry of Business, Innovation and Employment –  those figures relate to 2018 – 2019 and it’s only been growing since then. It employs about 5,000 people and another 7,000 in support services.

The 240 space-related companies paint a broad brush. They range from dark skies tourism to satellite data collection, launching payloads and a re-usable space plane to take satellites into orbit – from Oamaru.

Satellite data collection will help vintners check their grapes; the defence force police our territorial waters; and predict solar storms that could take out our electricity grid.

The South Island in particular is dotted with space businesses, which has one astronomer saying it’s now a bit like Cape Canaveral.

Except Dahlstrom says it’s better than that.

“You don’t realise how much trouble there is launching from Florida with all the aircraft flying into Miami, they have to be shut down for hours for every launch. And so here without much traffic to the east and south, Rocket Lab has lots of opportunities to launch.”

As well as lack of aircraft traffic, low population, geographic isolation, clear dark skies and good internet, Dahlstrom says New Zealand has what he calls ‘the power of small’.

“The New Zealand Space Agency is something less than 40 people and you can get all the decision makers in one room, and get decisions made very quickly, so that is such a contrast to the big space-faring countries around the world where the bureaucratic inertia is so large. The New Zealand government has been very good about being very responsive to new ideas and approving things while maintaining a New Zealand perspective on what should be allowed,” he says.

“When we talk to our friends around the world, everybody knows about New Zealand. It’s held up as a real model for how to get a lot of activity going,” he says.

Astronomer Ian Griffin, who is the director of the Otago Museum, says the new industries are bringing real economic benefits and can only grow.

“This isn’t a space where we’re just importing people, it is a space where Kiwis are really active and typical Kiwi ingenuity is paying off in spades.

“These start-ups are starting up all over the place. Access to space is getting easier and cheaper, and that means business opportunities are growing and I think anywhere there are business opportunities there are Kiwis who are trying to make a buck. And that’s a really good thing because these are high-tech, high-paying jobs that speak well to the future of our country.”