More than 150 aerospace specialists have arrived on short term visas to work in New Zealand for the satellite launch service provider Rocket Lab since the country's border closed. 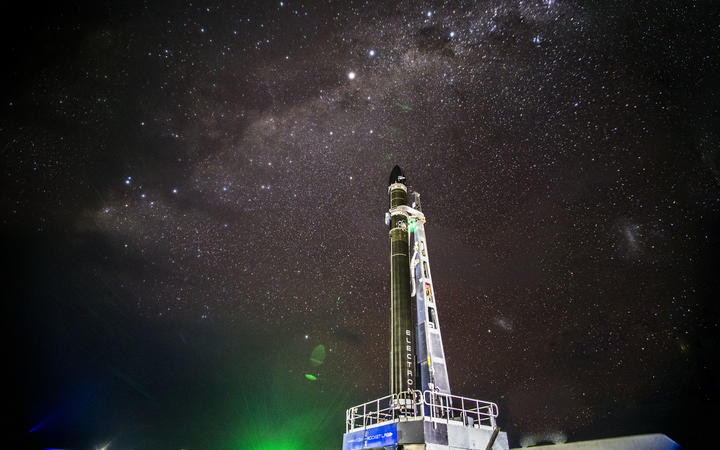 Immigration New Zealand said 156 foreigners were granted border exemptions as part of a government-approved programme for the company.

Rocket Lab spokesperson Morgan Bailey said the company had focused on bringing in essential workers for its launches, who would usually stay for two weeks after completing managed isolation.

"For every launch we bring in a small number of experts to do a range of launch specific tasks. Satellites are incredibly complex machines and they require a lot of work to prepare for launch... that can only really be done by highly skilled experts."

She said they need to bring in about a dozen specialists to help prepare for each satellite launch, and Rocket Lab has a launch sheduled every month.

"Typically these roles will be satellite integration experts, the people who prepare the satellites to be ready for launch. There's lots of testing and complex processes that have to be undertaken usually in the two weeks before a lift off."

Bailey said those arriving were either Rocket Lab employees or customers who spent a few weeks working in New Zealand after completing managed isolation.

She said Rocket Lab had permanently employed fewer than 10 workers from overseas since the border closed in March.

Meanwhile, New Zealand has joined Artemis Accords; an international arrangement to co-operate with NASA on peaceful exploration and activity in outer space.

The accords are an international agreement between governments that set principles around the exploration of space, including support of NASA's Artemis programme to return humans to the Moon in 2024.

"NASA is explicitly seeking international collaboration and outsourcing key technology solutions to the private sector. Space exploration not only increases our knowledge of our planet and universe and encourages research, science and innovation, it also provides economic opportunities for New Zealand."

New Zealand's space sector is worth over $1.7 billion and the country's space manufacturing industry generates around $247 million in revenue each year.

"The government's economic priorities include supporting firms to make the most of our international connections. The Artemis Accords enable us to prepare for future economic and trade opportunities as well as meeting foreign policy objectives," Mahuta said.