Not a single cent has been given out from the government's $23 million loan scheme for earthquake-prone apartment owners - because no one has applied.

Figures from Kāinga Ora showed no one has even applied for the loan in the 10 months applications have been open.

It has led to complaints the money is "impossible" to access, while one person originally behind the scheme believes it needs a complete re-think.

But it has got off to a slow start.

A 2018 estimate found there were 1261 individual apartments in earthquake-prone buildings within areas of high seismic risk - that number is likely to have risen since.

In November, two and a half months into the scheme's opening, only 25 Expressions of Interest (EOIs) had been lodged.

Fast forward to today, only 10 more have been lodged since then. None of those EOIs have turned into formal applications.

"The reason that Kāinga Ora is working through informal applications with these unit owners is because they don't yet have the full information that they need in order to complete an application - including the remediation cost, and their share of that cost."

But with not even a single application filed, Building and Construction Minister Poto Williams accepted the initiative is not at the stage they wanted it to be.

"We had hoped that there would be some formal applications through the process now.

"At the end of the day we want to make it useful for people. So if there's things we can do that we're not currently doing, or if there are some parts of the process that aren't useful, we really want to know about that so we can change that." 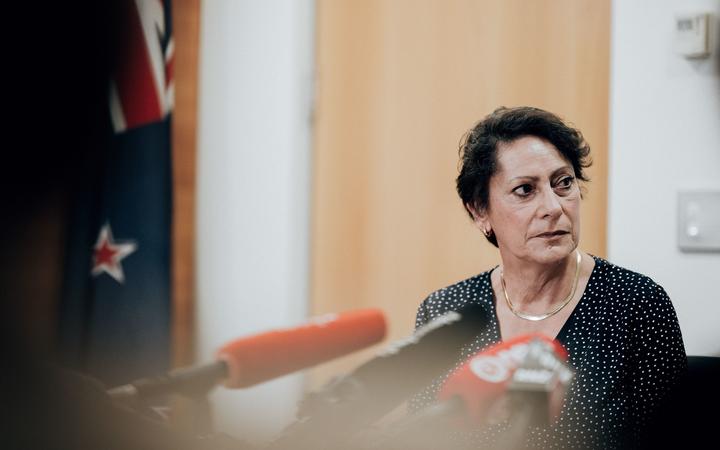 Building and Construction Minister Poto Williams says changes to the scheme are likely after a review has been completed. Photo: RNZ / Dom Thomas

It took years and hundreds of thousands of dollars - spent on structural engineering reports, architectural drawings and quantity surveyors - before the Body Corporate decided what to do.

"We realised that we as Body Corporate owners were not developers," Booth said. "We just took a good hard look at ourselves, and just decided that probably the best way forward for us was to try and sell."

Owners of earthquake-prone buildings are legally required to remediate it.

The Financial Assistance Scheme was the government's way of encouraging owners to strengthen their building, rather than selling up.

It also sought to do so in a way that would not bring owners into financial hardship, offering a low-interest loan of up to $250,000.

But eligibility criteria has been a big sticking point, as it only applies to owner-occupiers, and only to those who purchased their unit before July 2017.

The scheme arrived too late to have an influence on Booth's Body Corporate's decision as they sold up at the end of last year.

But even if it had been made available at an earlier opportunity, Booth said it would not have made any difference to their decision, "because of the eligibility requirements.

Williams argued it takes time to get all the relevant information together, while also going through Body Corporate negotiations. The scheme runs until 2027.

But Booth said the bar is set too high for those who want to apply.

"Even getting to the point of getting what you would need for the Financial Assistance Scheme, which is real plans to be able to proceed, is an impossibility.

"There are so many pieces of information that no one has."

Geraldine Murphy was one of the brains behind the scheme and said it has morphed into something unrecognisable and unsustainable.

"We went into this Lender of Last Resort thinking it was a good idea at the time, that it would help.

"But subsequent investigation and research we've done [shows] this isn't the answer. This is just a band-aid at the top." 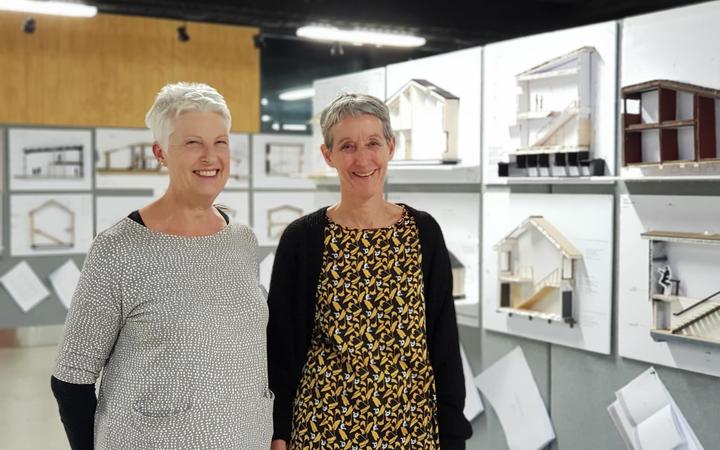 She wanted it to be zero interest. Ultimately that did not eventuate, and she claims that is now putting a lot of people off.

For the scheme to be viable, it now needs a complete overhaul, she said.

"There needs to be a substantial re-look at the fairness of the cost being imposed on owners.

"It doesn't still cover a lot of the costs that people are going to be incurring: some people have to move out of their apartments, so they're going to pay rental somewhere else.

"And they need to pay storage for their own apartment. And they still have to pay Body Corporate and company share fees."

The only people who could benefit, she argued, are those who want to get the money, strengthen, and then sell up.

"They can get in, not incur the interest component, and hopefully sell the building, or their apartment.

"But for other owners who are wanting to stay there for the next 10, 15, 20 years, the interest component becomes substantial."

The exact purpose of the scheme is to provide a way for residents not to sell.

A review into whether it is achieving that purpose is already underway, being undertaken by the Ministry of Business, Innovation and Employment.

"Part of the review is asking the question about why formal application hasn't happened," said Minister Poto Williams.

"We'll be going back to those groups who've got Expressions of Interest in, and trying to tease out what it is that might be holding up the process for them, and see if there's some other stuff to put in place."

Tweaks are likely after the review, but Williams also did not rule out ditching and replacing it.

"It could be all of those things: hopefully not because there's quite a lot of work in there and we'd like to be able to give people some certainty.

"But there definitely will be some ideas we can use that will help access to the scheme I'm sure."

Murphy wanted the loan scheme replaced with a grant but the minister said that would be unlikely.

The findings of the review will be released on 27 September.