A representative of 22 of the Pike River families says the group plans to seek a court injunction to stop the mine being permanently sealed. 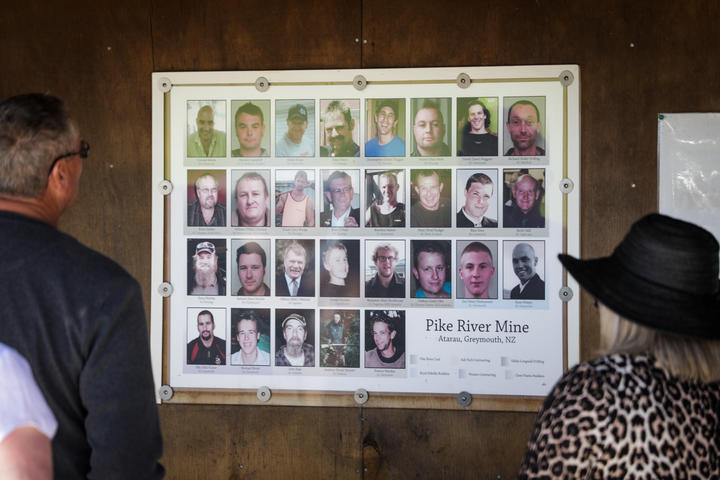 Protesters plan to go to court to stop the Pike River mine, where 29 men died in 2010, from being sealed. Photo: RNZ / Nate McKinnon

A group of more than two dozen of the victims' families and their supporters yesterday protested against the government's intention to close the mine where 29 men died in a series of explosions in 2010.

Bernie Monk, whose son was killed in the disaster, said the families want the work halted, and for the mine to remain unsealed until the police have finished their investigation into the disaster.

"We are asking them not to seal the mine up until after the police have finished their investigation. I don't think that's a big ask.

"We're not standing in the way of the police. They're bringing everything out, getting ready to seal up. No, that's not gonna happen." 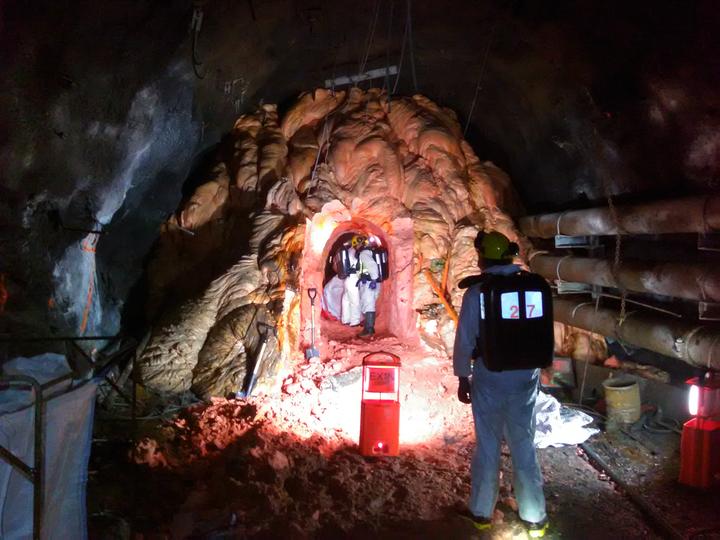 Inside the Pike River mine. Photo: Supplied / PRRA

The protest has halted over the weekend, but Monk said the families will continue their protest Monday.

The government announced in March funding had run out and it would close up the mine.

But some of the families of the victims of the disaster say if the mine is sealed permanently, crucial evidence for the cause of the explosion would be destroyed.

Monk said that he wants the workers on the job to think about what they are doing.

"Some of these people are on their second turn of actually sealing this mine up on our men and leaving them behind. What difference is it gonna make whether they finish or ... they're not going to get sacked?

"I want them to down tools and stand beside us and support us." 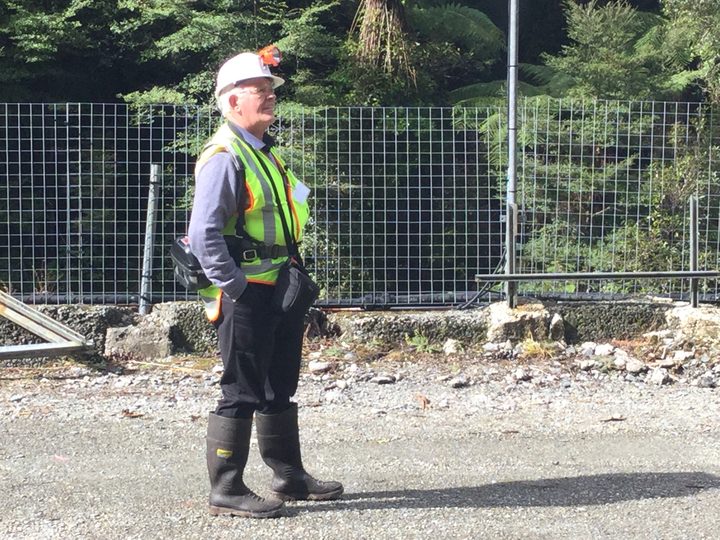 The head of the Pike River Recovery Agency said that the safety of his staff is his top priority.

The agency's chief executive, Dave Gawn, said he respects the families' sentiment, and right to protest.

"The key from my perspective is to ensure that our work force are safe. And that safety isn't just physical safety, but also safe in terms of their perception of how they may be treated if they are required to go through a protest line."

Gawn said anything that impedes the agency's work risks obstructing the police investigation into the disaster.

The Minister Responsible for Pike River Re-entry, Andrew Little, also has said that anything that impedes the Recovery Agency's work could obstruct the police investigation.

A spokesperson from Little's office said that the police investigation will continue regardless of the work to withdraw from the drift and seal of the mine.

The police investigation only continues when Pike River Recovery Agency personnel are on site, the spokesperson said.