Victor Soeterik is 77 and is a clinical psychologist. He worked for some time at the Lake Alice Child and Adolescent Unit in the 1970s. 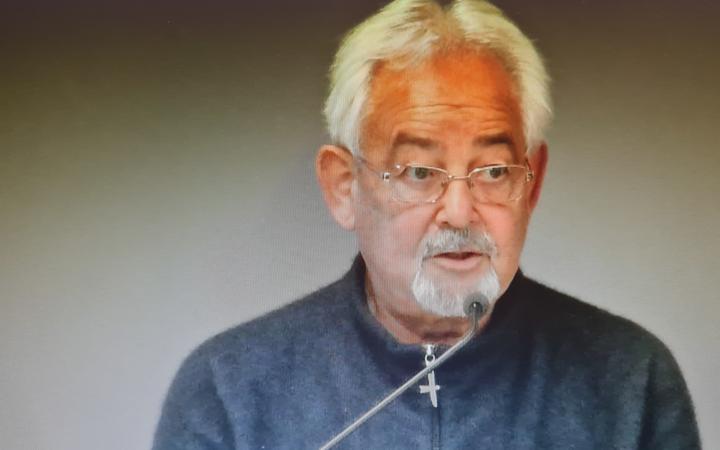 Survivors of electric shock treatment, used as a punishment in the unit say he seemed to be the right-hand man of the unit's head, Dr Selwyn Leeks.

He says no, he was only a junior, observing at the unit on a part-time basis.

Soeterik has given evidence to the Royal Commission of Inquiry into Abuse in Care.

"My main contribution to the Adolescent Unit was to carry out psychological testing and sit in on family meetings, some individual and group therapy as well as to contribute to some staff training."

He said he sometimes had the impression the young people in the unit were badly behaved rather than having a psychiatric illness.

"In some ways, it was a hell of a place for adolescents, in amongst disturbed adults. It was not the best environment for them, in my view.

"In those days, psychiatry was less advanced and less enlightened. There were [fewer] diagnostic frameworks and less effective drugs."

"I never saw electroconvulsive therapy (ECT) being administered at Lake Alice, but I was aware it was being used."

Some survivors have told the inquiry that those who did not speak up in group therapy sessions were given electric shock treatment as a punishment.

Soeterik said he never ran group sessions and only sat in on them.

He said ECT remains an acceptable treatment for depression and at that time ECT was also used for schizophrenia and severe obsessive-compulsive disorders.

"Dr Leeks showed me his version which had a rheostat where the voltage dial could be turned up.

"I asked Dr Leeks how he knew what voltage to deliver. Dr Leeks acted turning up the dial and responded with words to the effect, from zero to whatever. I did not know the maximum voltage of the ECT machine."

He said he was not aware of the views of the young patients on ECT as he never discussed it with them.

"Though, through talking with people I learned they were very fearful of it."

He said he did not know when or where ECT was given.

The drug paraldehyde was also given as a punishment, according to survivor testimony given to the Royal Commission.

Soeterik described it as a chemical straight-jacket. A medical form of subjugation.

"Paraldehyde is a painful injection to receive. I see how its administration may have been seen as torture if it was perceived as a threat in a punitive climate.

"I thought there would have been better alternatives. I did not agree with the use of paraldehyde on adolescents."

He said he could not recall paraldehyde being administered to patients, but he heard from staff and patients that it was an extremely painful injection to get.

Soeterik said the staff at the unit were quite caring and does not recall patients complaining about staff treatment.

"No child at Lake Alice ever disclosed allegations of mistreatment to me," he said.

Soeterik said he liked Leeks but did not always agree with his methods.

"I did not witness any untoward treatment including applying ECT electrodes to any parts of the body, besides the head."

He said Leeks told him he was considering the use of faradic shock treatment on adolescents, which involves the use of powerful electric shocks to induce behavioural change by punishing certain behaviour.

He said he understood from the discussion that it was not always applied to the head, as with ECT.

"This was a type of aversion therapy and acts to suppress behaviour temporarily.

"I told Dr Leeks that I did not feel comfortable with the idea of faradic shock. I said that this was not a treatment, it was a punishment and I would not be visiting Lake Alice if this was his way of working. He did not agree or disagree straight away but as far as I know, it stopped."

He said Leeks told him he preferred to use unmodified ECT (without anaesthetic) because ECT shock lead to memory losses, including the loss of memory of the treatment.

Soeterik told the lawyer for some of the survivors, Frances Joychild QC, that he was surprised to be identified by them as the person who ran the group therapy sessions.

Joychild told him that survivor after survivor, who was in the unit at the time he was, said that if they did not speak up in the sessions they would have got paraldehyde or ECT.

She asked him if he knew that.

Joychild told Soeterik that the patients' perception of him was that he was a man with a lot of influence and that this was accurate.

He said he was the clinical psychologist visiting the unit, not in the unit.

"It makes a big difference in terms of meaning," he said.

Joychild put it to him that he was grossly underestimating the impact and influence he had in the Lake Alice Child and Adolescent Unit.

"Well looking at the evidence that has been presented that would seem [to] point in that direction. I did not set out to be grossly influential in anything, I was just there to learn, but I speak my mind when I need to."

Joychild asked him how he felt now about what he had heard at the inquiry.

"I am deeply saddened because no one should actually have to experience those sorts of things. I am saddened that he actually allowed those things to happen. If he was aware of it, perpetrated those things, then he must have known what he [was] perpetrating and I think that is extremely distressing."

Soeterik said he felt let down by Leeks.