All Blacks players have visited a vaccination centre in South Auckland in a bid to encourage people to get inoculated. 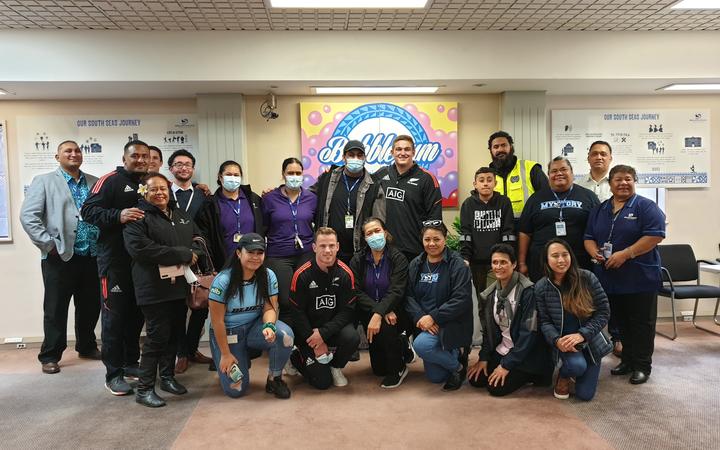 Some All Blacks players visited the Ōtara Vaccination Centre to encourage locals to get inoculated Photo: RNZ/ Liu Chen

Half-back Brad Weber is among those who visited the Ōtara Vaccination Centre this afternoon.

He said it was a good experience to see the vaccination process and connect with South Aucklanders. 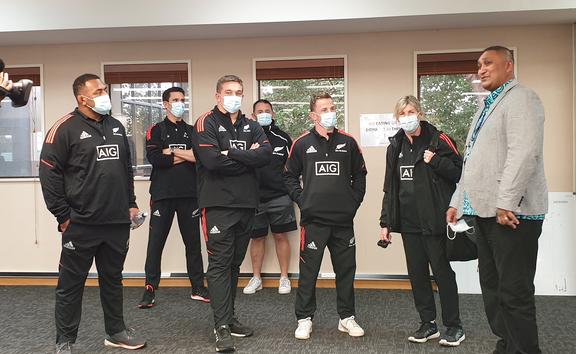 It was a shame the Māori versus Samoa game in Wellington this weekend is going to be played without an audience but containing the virus is far more important, he said.

The positive case who visited Wellington last weekend showed how vulnerable the community is to the virus.

Everyone should play their part to help the world return to a sense of normalcy, Weber said.

South Seas Health runs the vaccination centre, and its chief executive Lemalu Silao Vaisola Sefo said the number of people coming in for a dose has being increasing, up from 300 previously to about 500 a day now.

The centre can also take phone bookings in a number of Pasifika languages.