The plant disease infects the myrtle family of trees which includes native plants such as pōhutukawa, rātā, mānuka, ramarama and swamp maire.

It was first identified in 2017, and has quickly spread across the country.

In May, it was discovered in Ōtautahi-Christchurch, the furthest south an established infection of the plant disease has been seen.

For Zealandia, the threat has been there for some time, with the pathogen found nearby back in 2018.

However, the first known case within the sanctuary's state-of-the-art predator fence was only recorded in March. 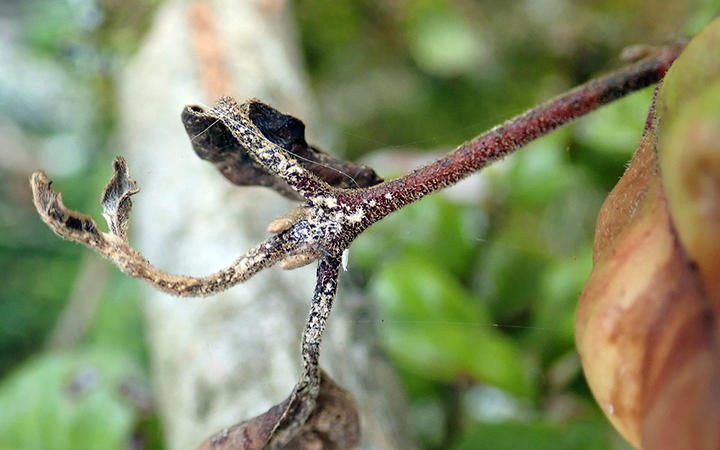 The two ramarama plants bordered the sanctuary's main track, a 10-minute walk away from the visitor centre.

The decision was made to remove both plants as there was a chance someone might brush up against them which would disperse the pathogen and risk spreading it onto other plants.

"I guess it's a concern but I mean we're just going to keep monitoring and see what happens if we pick it up again," biosecurity ranger Morag Turnbull said.

"I mean, it's inevitable that there's going to be more, so we'll just have to monitor those trees." 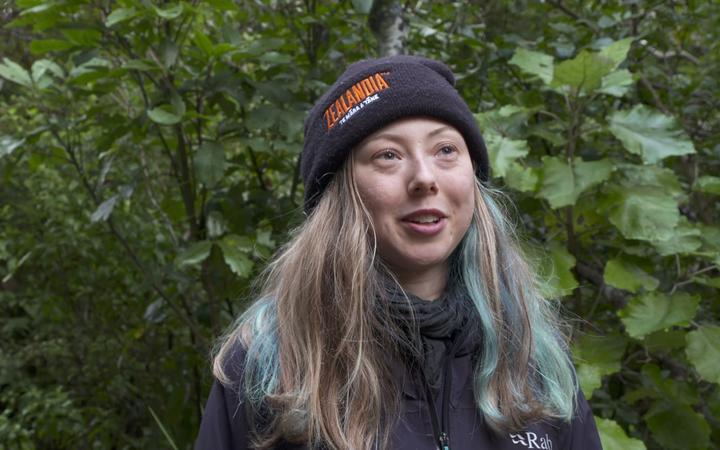 Myrtle rust is relatively widespread across the Wellington region, and ramarama plants are some of the most susceptible.

Even in a sanctuary as secure as Zealandia, there is not much that can be done to stop a disease which is spread by the wind.

How does the disease affect plants?

There is still a lot that is unknown about how myrtle rust affects New Zealand's native flora. However, what is known is it differs from plant to plant.

It can also differ depending on where the plant is geographically - swamp maire in Rotorua would be affected differently to swamp maire in Wellington, for example.

Dr Mahajabeen Padamsee is the manager of the Beyond Myrtle Rust programme at Manaaki Whenua Landcare Research.

She said the pathogen targets new leaves, flowers and fruit, but that it is unlike kauri dieback.

"It's not what we call a systemic rust - it doesn't grow through the plant.

"It has to keep re-infecting [the plant], so if the spores are present in the environment, they can re-infect the same plant over and over again, in which case it will die.

"But if it was only a one-off, and there was no other myrtle rust present for the next three or four years, then the plant is going to recover."

In other words, the more prevalent in the local community it becomes, the more likely it is to continually re-infect threatened plants.

That would lead to a greater risk of killing off to the plants, and a likelier chance of extinction. 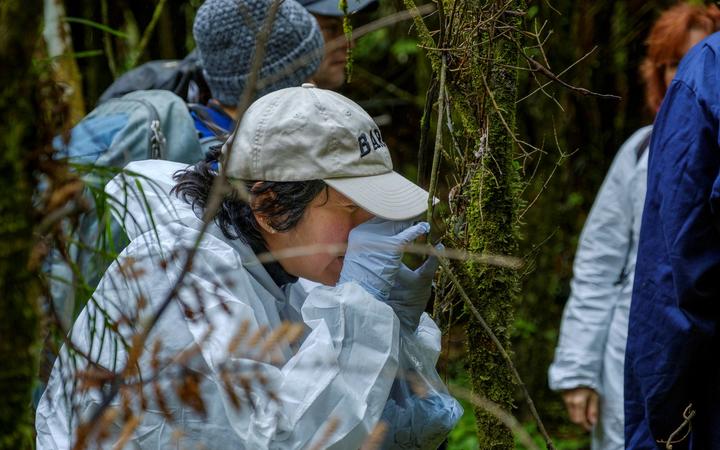 Manager Tim Park said they had found it occasionally beneath the canopy.

"It's really sad, but it's also really frustrating. We don't yet know how to protect ourselves and our systems from it, we don't yet understand which species are going to be affected by it significantly.

"We know there's a number that are really badly affected, but every month it seems we have more information telling us that it's going to be worse and worse." 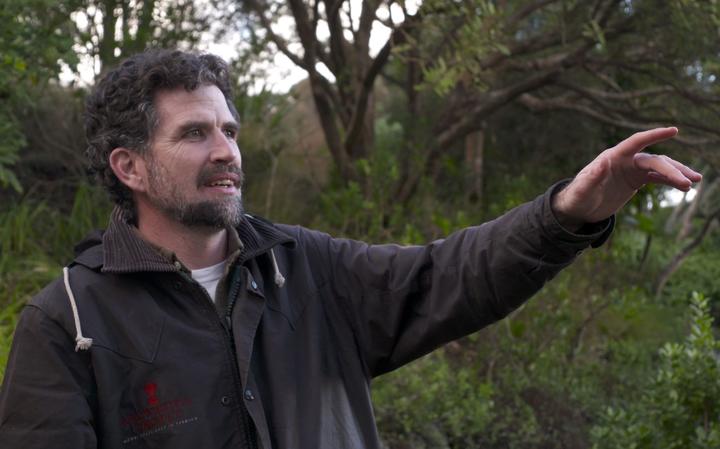 Ōtari-Wilton also has a native botanical garden - which has in its collection rātāmoehau of which there are just 14 left in Aotearoa.

"The clock is really ticking," Park said, "because they're already in a pretty dire strait where they live naturally, that another threat like myrtle rust is actually adding to the currently threatened state already."

There is a real fear that the disease could eventually make some species such as the rātāmoehau extinct.

At Ōtari-Wilton, conservation and science advisor Karin van Der Walt is studying how to effectively seed bank a number of the myrtle family so they can be preserved in the event some do become extinct.

The problem is, some of them such as swamp maire do not respond to conventional storing methods.

Van Der Walt's work is finding out under what conditions they can be stored at and for how long, so if they are ever re-introduced they will survive.

"Sooner or later, they need to be able to grow out on their own, out in the wild," van Der Walt said.

"Otherwise, you're going to have that problem - once you want to rewild them, you might have complete die-off, because you've haven't figured out how to [help them survive]." 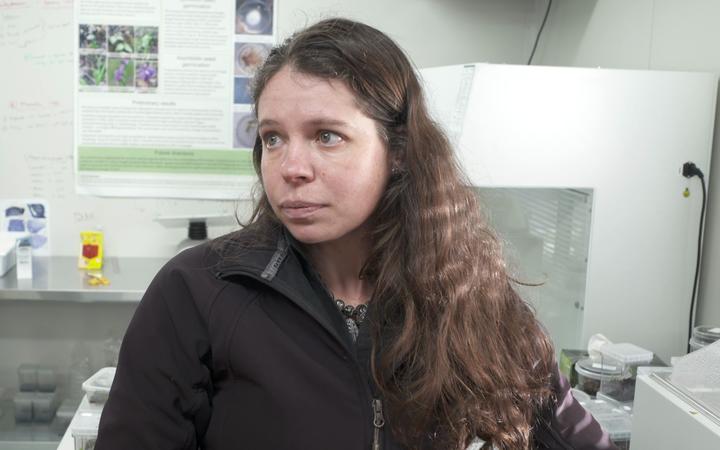 With myrtle rust already making an impact on the productivity of some species, there is added pressure.

"What happens is myrtle rust actually attacks the flowers, and with swamp maire, if you don't have flowers you're not going to have fruit.

"Your flowers this year will be next year's fruit."

She added this could be problematic for her field of work which is dependent on having the fruit to test seed banking.

Not all doom and gloom

While it is a concerning situation, the leader of the Beyond Myrtle Rust programme said she did not want people to feel fatalistic about it.

Myrtle rust has only been present in the country for a few years, and Dr Padamsee said great strides had been made in the understanding of it. 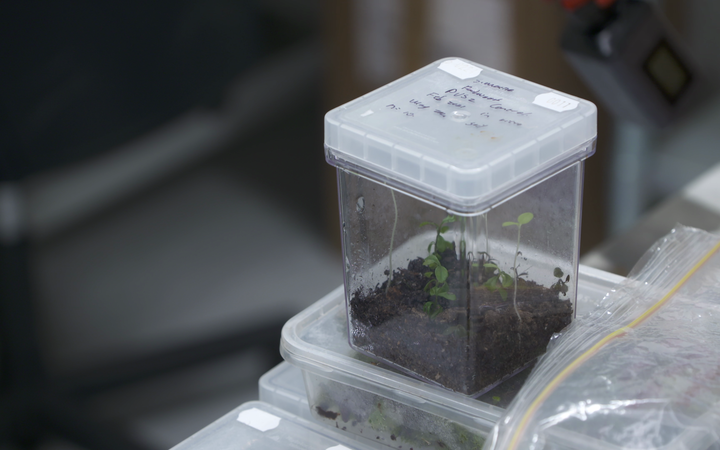 Although no cure exists, she said there were practicable measures people could do to reduce its spread.

"If you're walking around and you see it, then post a picture to iNaturalist.

"The other thing, since we are coming up to winter, is if you are going to prune your lilly pillys and your myrtacae, do it in winter when the number of spores that are around as well as the conditions, are not as likely to cause the disease."

She also advised people should avoid planting lilly pillys, which are extremely susceptible to the pathogen, and then can pass it on.