Deputy Prime Minister Grant Robertson is defending the time it took to notify the public about an Australian traveller with Covid-19 in the capital, but has also warned that a longer level 2 in Wellington could cost the economy $10 million. 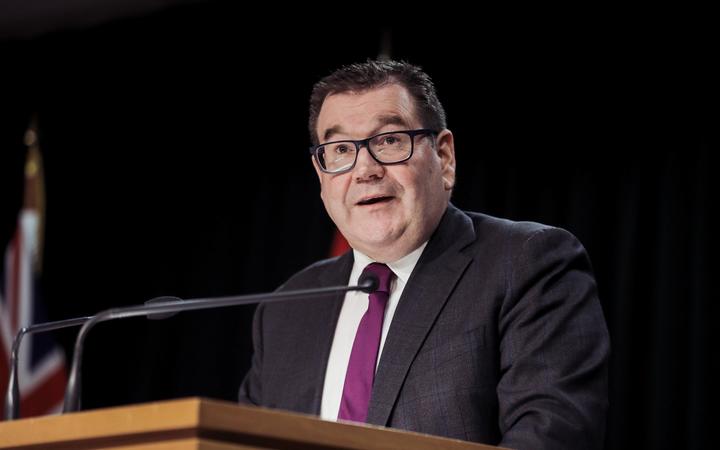 Robertson told First Up that New Zealand reacted as quickly as possible to the case based on information provided by Australian authorities.

"The reality is that if we were to shut off the bubble at the first case in any given situation, we would have a situation where the bubble would be closed more than it would be open."

Information about the case first came from Australian authorities late on Tuesday, he said.

"Obviously the moment there is a case in one of the Australian states, our health officials work to get the full understanding from their Australian counterparts about the situation."

On Friday, when the traveller came to Wellington, there were four cases in Sydney, all linked together, Robertson said. But as of yesterday, that cluster had grown to 21.

"At the point at which this person came to New Zealand, they considered that it was still a low-risk situation, not one where we needed to put on the pause button."

The ministry was notified on Tuesday evening that the visitor had tested positive upon his return home to Sydney, and interviews were conducted by both Australian and New Zealand officials to trace his path.

"Establishing his movements took place through interviews that went on into the early hours of the morning," Robertson said.

That data was cross-checked by health officials who made assessments of the risks.

"By the time all of that work had been done, it was morning here in New Zealand."

Robertson said it was important for accurate information to be put out rather than spread wrong or faulty data.

"I think the officials moved as quickly as they could while being thorough and careful to get the details right."

While the current level 2 is meant to end at 11.59pm on 27 June, if it extends longer the cost to the economy will grow, Robertson said.

"The model that Treasury use says that if alert level 2 was in place in Wellington for a week, for seven days, then that would have around about a $10 million effect on the economy."

"Now at the moment, the situation wouldn't be up to that seven days. We're talking about a three- or a four-day period here, that would be less than that $10 million."

Robertson said he knew the sudden alert level change after more than 100 days without community cases in New Zealand was difficult.

"People have been through this before, but that doesn't help take away that frustration. The good news of course is that we are at level 2, not a higher alert level.

"That means that retail outlets, businesses, can open, albeit with those restrictions, and as long as things go well over the next few days, we'll be able to lift them as soon as we can."