The clean-up is underway on the East Coast after a deluge overnight and this morning, which went right up to the doorways of homes and prompted evacuations. 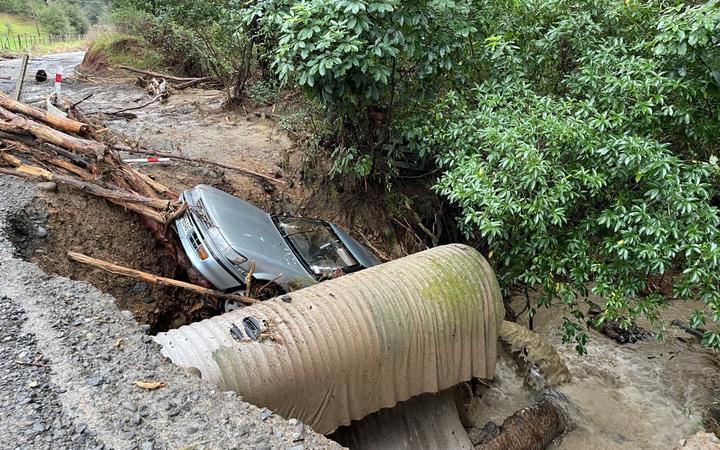 There has been widespread flooding in Tokomaru Bay - with rivers around Te Araroa and Wharekahika flooded.

Families evacuated themselves in some areas where houses were completely flooded. 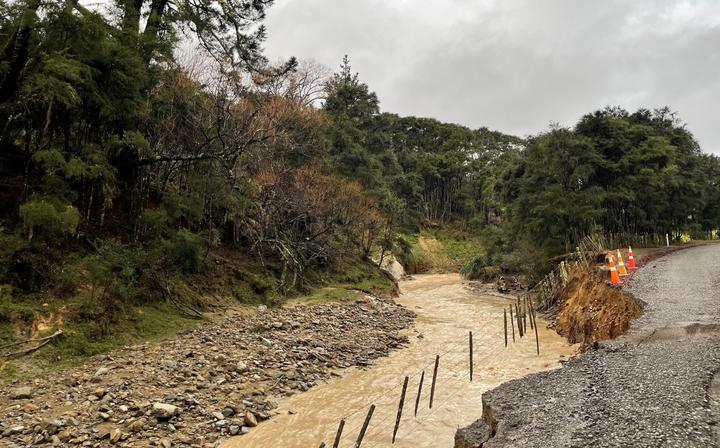 Numerous roads have been washed away including a bridge in Waipiro Bay - isolating about 15 houses. 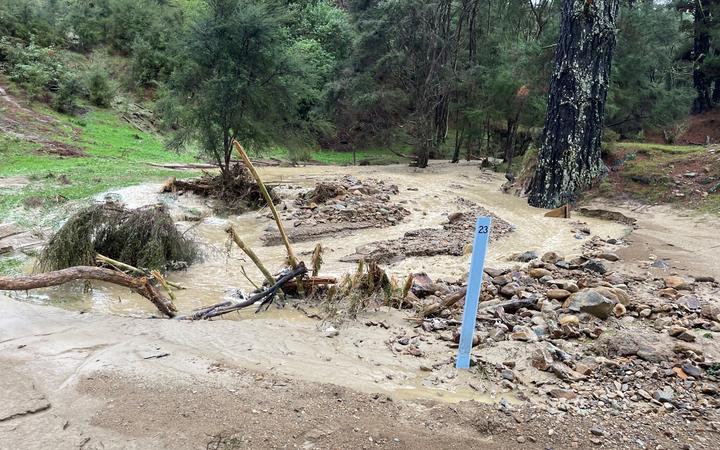 Teams are supporting whānau, and contractors are on the ground clearing debris and helping people return home.

In Ruatoria, more than 200 millimetres of rain was recorded in the past 24 hours. 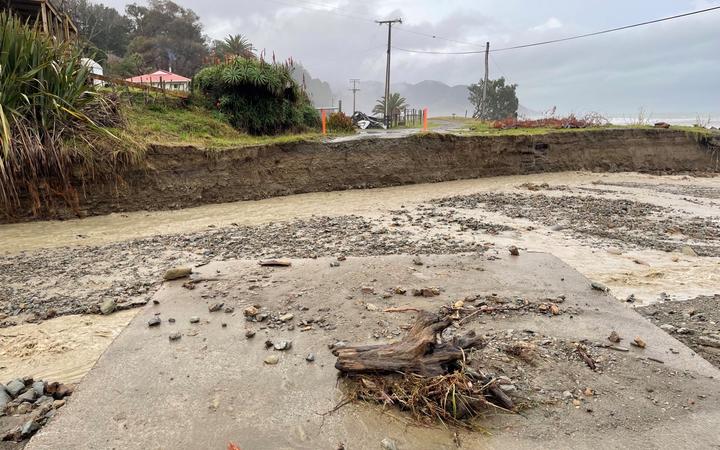 "The stream that runs next to the state highway had come up about six feet... in about 20 minutes. It was pretty much raging," Kopua said.

"The water... on the side street would have been to the bonnet of a four-wheel drive vehicle." 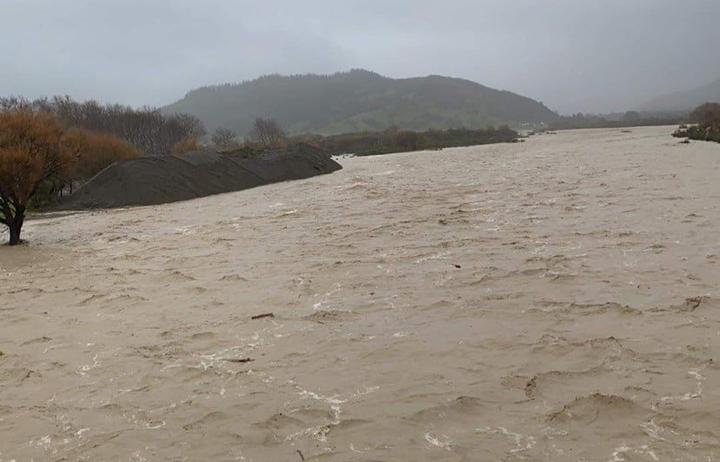 The downpour eased soon after, and Kopua said the community had dodged a bullet.

"The rivers and all the drains started to recede and we're pretty thankful for that - what a relief," he said.

Tairāwhiti Civil Defence spokesperson David Wilson said teams were on the ground assessing the damage. He said rivers had peaked about midday today. 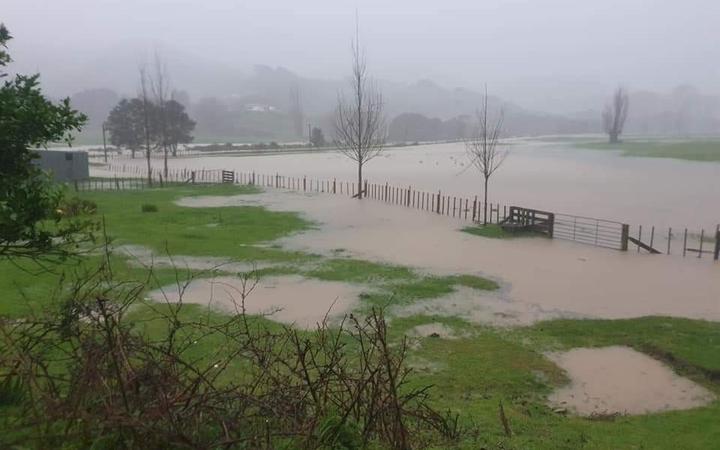 Debris has been strewn across lawns and streets and a slip has closed State Highway 35 at Pōtaka, south of Lottin Point Road.

MetService had predicted up to 100mm of rain would fall in the area overnight and this morning. 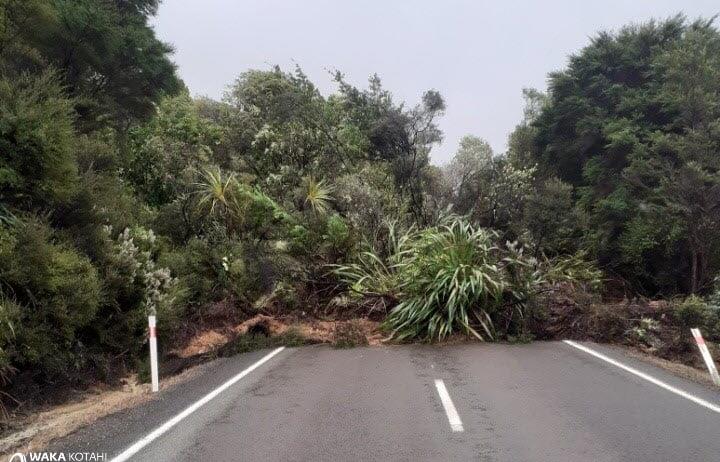 MetService has issued a heavy rain warning for Wairarapa from this afternoon until 11pm tomorrow. Between 120mm and 200mm of rain is expected about the hills and ranges, with peak intensities of up to 20mm/h.

A strong wind watch is also in place for Wairarapa, Tararua, Manawatū and Horowhenua Kāpiti Coast until 1am tonight, with winds potentially reaching gale strength in exposed places.

Meanwhile, east to southeast flow keeps the eastern South Island cloudy, while the west stays sunny thanks to the blocking effect of the mighty Southern Alps
^MM pic.twitter.com/aZedAD6zUu

A heavy rain warning has been issued for Kaikōura coast and ranges until 6pm tomorrow, with up to 280mm of rain expected and peak intensities of up to 20mm/h possible.

A heavy rain watch is in place for the hills of Wairoa district, from 6am tomorrow until 10am on Tuesday.

Heavy rain watches have been issued for Marlborough north of Ward until 2pm tomorrow and for North Canterbury, north of Amberley, until 9am tomorrow.

"A deep low east of Gisborne moves away to the east during Tuesday, with a cold southerly flow across much of New Zealand," MetService said.

"There is moderate confidence of southerly gales becoming severe over Taranaki and Whanganui during Tuesday morning.

"Rain should ease to showers over the east of the North Island during Tuesday morning, but there is moderate confidence of warning amounts of rain in the Wairoa District through to mid morning."

Strong winds could also hit Wellington and northern Marlborough from this afternoon until 1am on Tuesday.

Road snowfall warnings have been issued for Lewis Pass and Porters Pass, from this afternoon until tomorrow morning.