The owner of the quake-prone Yarrow Stadium in New Plymouth says compromises might need to be made to the $50 million rebuild project if the new East Stand goes over budget. 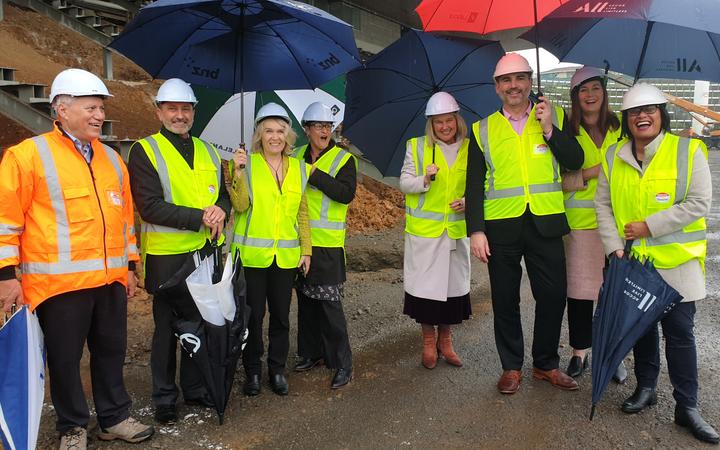 A group of Labour MPs was shown around the Yarrow Stadium site by members of the Taranaki Regional Council today. Photo: RNZ / Robin Martin

The west stand is being repaired for about $12m while the plan is to demolish and build a new yet-to-be designed east stand.

It is costing $2m to bring the existing east stand down but Taranaki Regional Council, which owns the venue via the Taranaki Stadium Trust, would not reveal the budget for its rebuild citing commercial sensitivity.

"The project is progressing really well and is on time and it's on budget, but we will have to go back to the market for the last major part of the project which is the construction of a new east stand.

"The current construction market is really buoyant and active so we don't know what prices we will get back when we go to the market, so there's a risk it might end up costing us more than what we budgeted for."

Nield said the council would, however, not spend a cent more than $50m on the overall project.

"So if the east stand ends up costing more than we budgeted, then we've got mechanisms to allow us to tweak the rest of the project to stay within budget," he said.

"There are parts of the project that can be delayed to future years. New carparking, new toilet facilities those sorts of things and existing things can be made to last a little bit longer."

Nield said modifications to the east stand, which seats 4500 fans, were also an option.

"Absolutely, everything is on the table and the likelihood is that the new East Stand will be more modest than the current stand anyway and it will be servicing not only the main field but the outer fields too in terms of wider use of community assets."

The 4400-capacity west stand's repair was on track and it was due to reopen March or April next year in time for the provincial rugby competition while the new east stand was not expected to open until 2024 at the earliest.

The government contributed $20m to the project as part of its shovel-ready projects initiative. 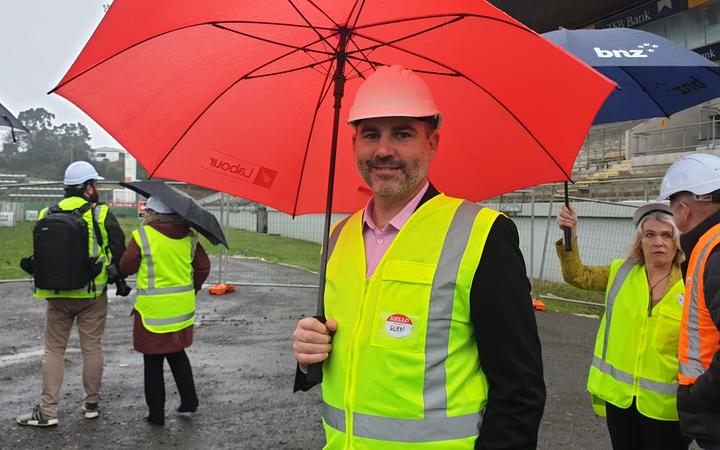 New Plymouth MP Glen Bennett said he was comfortable the project, which was employing about 75 people, was good use of public funds.

"In terms of the shovel-ready projects, it was really important to inject money into the economy really quickly, so something like the Yarrow Stadium project really did that.

"It's really exciting to see actual progress being made in dismantlement one of the stands and just to hear that they are on time and on track and on budget. That's really positive.

"And just to see the work that it's created in the region and the money it's brought in. I'm really positive about it."