New Zealand's quarantine-free travel with Victoria will be paused for 72 hours from 8pm because of community Covid-19 cases in Melbourne. 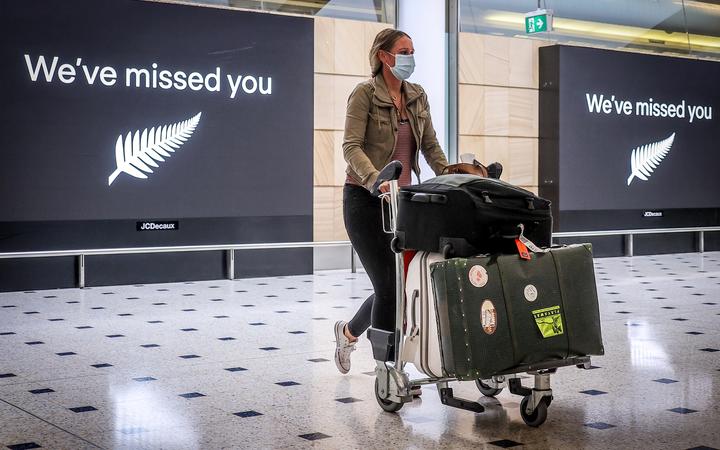 In a statement, Covid-19 Response Minister Chris Hipkins said the travel bubble would be on hold while an investigation into five community cases, detected recently in Victoria, was under way.

Whole genome sequencing identified that the cases reported yesterday were closely linked to a previous case identified in the community in Wollert on 11 May after leaving managed isolation in South Australia.

An epidemiological link has yet to be determined between these cases and there is no known link between people in the outbreak and any of the exposure sites from Wollert.

Information about locations of interest are provided on the Victoria Health website and are being updated regularly.

The cluster has prompted the state government to reintroduce measures such as the mandatory wearing of masks indoors, and limits on both private and public gatherings from 6pm (Australian time) tonight.

The travel pause will come into force from 7.59pm NZT and be in place for 72 hours initially. As with previous pauses, it will be under constant review.

Officials have decided to put the bubble on hold as a precaution due to "several unknowns" with the outbreak, Hipkins said.

The minister said the decision was in line with the travel bubble framework.

Air New Zealand cancelled 20 flights over the next 72 hours, because of the pause.

The airline said flights from Auckland to Melbourne would operate as normal, but direct flights from Wellington, Christchurch and Queenstown would be cancelled.

Passengers on those flights would be transferred to Auckland.

One flight from Melbourne to Auckland would arrive before the pause came into effect tonight.

However, a flight from Melbourne to Wellington was cancelled, because it was due to land after 8pm.

Qantas and Jetstar were also assessing the impact of the pause on their schedules.

In Australia, the 14-day travel restrictions for those who have visited locations of interest means they are ineligible to travel to New Zealand within 14 days from exposure - even with a negative Covid-19 test.

Anyone in New Zealand who has been at a location of interest in Melbourne at the specified time should contact Healthline on 0800 358 5453 as soon as possible for advice on isolating and testing.

Anyone who has visited Melbourne since 11 May should monitor for symptoms and seek advice from Healthline if any symptoms develop.

A Section 70 notice has been issued under the Health Act with a number of requirements for any person who attended a location of interest.