An expert panel has warned that compulsory New Zealand history lessons next year could upset some children and lead to difficult classroom discussions. 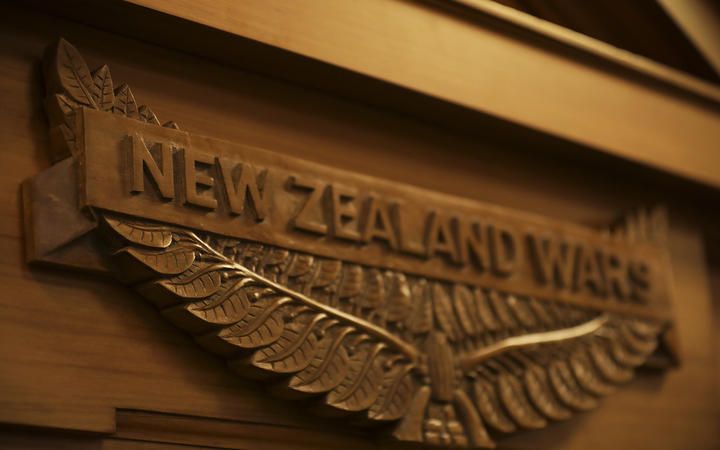 The panel, convened by the Royal Society of New Zealand to advise the Education Ministry on the the draft Aoteaora New Zealand's Histories curriculum, also criticised the draft for "overly compacting" the curriculum and omitting major topics including the 600 years of pre-European Māori life.

The new curriculum will be taught to all children from Years 0-10 from next year and is centred on three "big ideas" - Māori history, the impact of colonisation, and the exercise of power.

The expert panel said it strongly supported the intent of the draft, including placing Māori history at its centre.

But it warned that "history can hurt" and schools must take care when introducing the curriculum next year.

"In sites where loss of life and land has taken place, and in learning about legislation that diminished people (the poll tax, for example), there can be hurt extending over time and generations," it said.

"There are things that are hurtful and some of that hurt and the consequences of history are not dissolved by time. They actually remain present in the lives and communities and contexts of many people," she said.

The report said teachers were also anxious about how they would manage classroom discussions about cross-cultural conflict, violence, the alienation of land, and racism.

"There are real pedagogical challenges in exploring these dynamics and teaching these histories requires careful planning and framing in the classroom. We need to recognise that some teachers are anxious about how best to design activities and moderate classroom discussions that deal with these weighty histories, but which also avoid creating pain and conflict," it said.

Macdonald told Morning Report discussing "terrible" events like Parihaka would be crucial, "how will a classroom talk to descendants of those who were apprehended by the Crown and those were on the apprehending side?"

Or the racist murder of Joe Kum Yung in Wellington in 1905. "If you're a member of the Chinese New Zealand community, how are you going to feel about that event?" she said.

"Our emphasis is to say colonisation happened in New Zealand, you can't deny it, it's a historical event."

It was about the structure of power and unequal colonial relations, she said.

"There's more richness and span in the curriculum than the draft currently allows and we would certainly encourage that richness to be there."

She said it was vital the curriculum was evidence-based.

The other co-convenor, Massey University history professor Michael Belgrave, said the last thing anyone wanted was a subject that created division instead of fostering greater understanding.

"Teachers are going to have a real challenge to make sure that these critical parts of our history are there, but are done in a way that's safe for students and doesn't in the end create further division and confrontation," he said.

History Teachers' Association chair and one of the writers of the new curriculum, Graeme Ball, said teachers would need training.

"Definitely there's going to have to be professional development ... how to deal with those difficult conversations because there will be some students, no doubt, who will possibly reflect their family views on things who might feel challenged by this curriculum," he said.

The panel's report criticised major gaps in the draft curriculum including the omission of women, economics and the 600 years of Māori history preceding the arrival of Europeans.

"Despite the prominence given to Māori history, there is a 600-year gap between the arrival of Māori and the arrival of Europeans. It is almost as if Māori arrive in New Zealand and become instantly the victims of colonialism," the report said.

The panel also called for more content about a wider range of ethnic groups so students could see themselves in the curriculum.

However, Ball said most of the content the panel called for had been prepared and was left out of the draft only because schools found an earlier version too detailed and complicated to assess.

Education Ministry deputy secretary early learning and student achievement Ellen MacGregor-Reid said the ministry was open to making changes to the curriculum, but indicated it might not include more topics.

"The intent of the Aotearoa New Zealand's Histories curriculum is to provide some high-level themes. It's not intended to be a syllabus but some themes that a range of histories can be taught through," she said.

MacGregor-Reid said the ministry had so far received more than 2000 submissions on the draft and would make changes to the curriculum after that feedback was independently assessed.

She said the ministry was confident the curriculum would be ready for schools to use next year.

"We're aiming to release the final version of the curriculum in late August, early September but that is going to be dependent on how much feedback we get and what changes we need to make but certainly by the end of this year the final curriculum will be out," she said.

Consultation on the draft closes on 31 May.