Children at a rural Te Tai Tokerau school are learning in the corridor, in the staffroom and sometimes even outside because of a lack of classrooms. 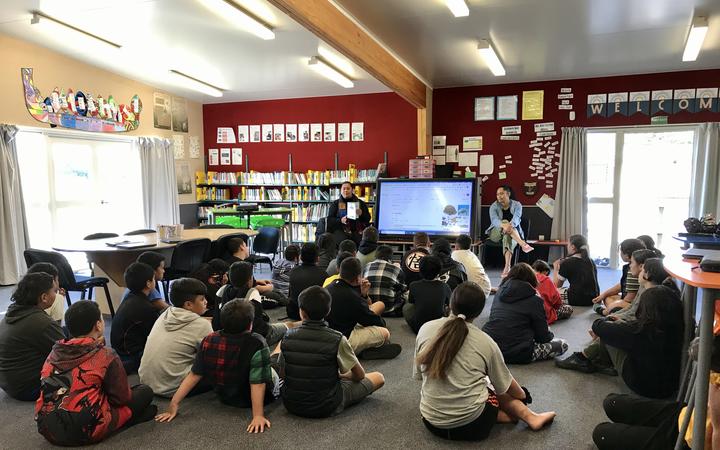 Tautoro School, south of Kaikohe, has doubled in size in the past five years to 154 students, but it is not getting any new teaching spaces until the end of the year.

The library is now a full-time classroom, and the school's biggest room has been split to fit two classes.

There is no school hall and sometimes children are taught outside, depending on the weather, so they're not so squished.

Sewing lessons are taught in a long hallway.

"I am entitled to at least nine teaching spaces. I've only got six. I've had to use one of our classrooms as a staffroom/technology room."

Tautoro is a Decile 1 school and life is often hard at home for pupils.

Simeon told RNZ that, last term, one student died from meningococcal disease and, this month, four tamariki tested positive for a precursor to rheumatic fever. Overcrowding is common. 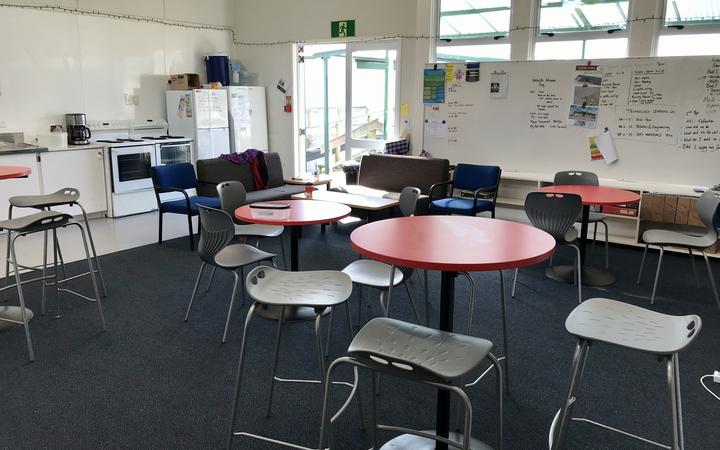 But she said overcrowding shouldn't be a problem at school.

She wanted her children to have learning experiences as good as those at decile 10 schools.

"People would say in New Zealand: 'Oh they get the same opportunities'. We don't."

In the decades after, the urban drift took hundreds of people away. Now they're coming back.

Kaikohe's population grew 15 percent in the five years to 2018 in the latest Census.

Mattie Paraha said many more had arrived since the Covid-19 lockdown.

"A lot of the young families have realised that Auckland is way too expensive. So a lot of them are moving home. They're looking at papakāinga housing on their whenua and coming back to their old school." 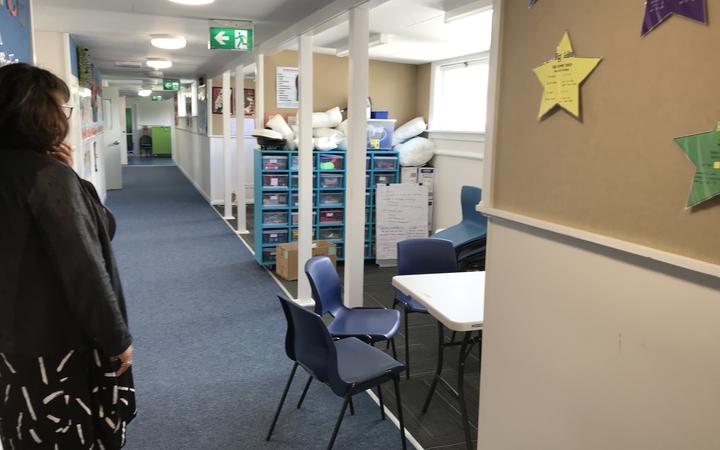 The Ministry of Education will build two new classrooms by the end of the year.

Simeon said that was a godsend, but it wouldn't be enough.

She and fellow staff told RNZ this year's Budget - to be announced today - should pay more attention to the low-decile rural schools taking on city-leavers.

In a statement, the Ministry of Education said it was considering school zoning to prevent overcrowding at Tautoro but community consultation hadn't started yet.

The ministry's acting head of infrastructure, Rob Campbell, said the roofs on two buildings had recently been replaced, as well as the school's water treatment and septic systems, and the pool was repaired.

He said $83,000 was set aside in last year's Budget for a new verandah at Tautoro, soon to be completed, but property funding was based on school rolls, not deciles.

Tautoro School leaders have asked to meet with Te Tai Tokerau MP Kelvin Davis and he confirmed to RNZ he would visit next month.