Six kiwi have been released onto the Kaitake range in Te Papakura o Taranaki / Egmont National Park where the call of our national bird has been absent for decades. 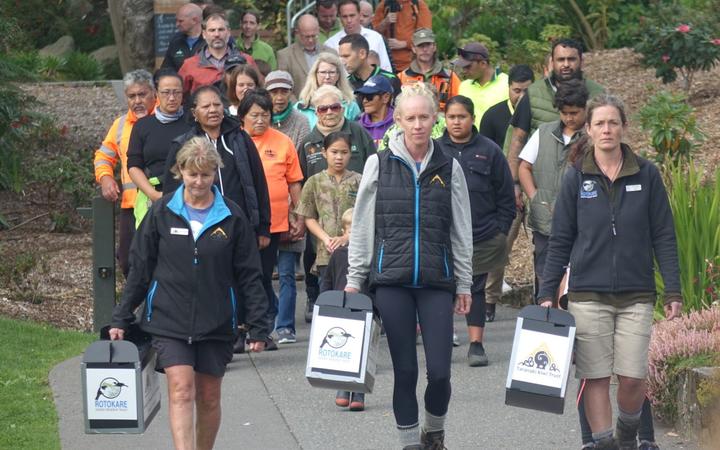 Three of the kiwi being brought onto Pukeiti on the Kaitake range. Photo: RNZ / Robin Martin

The release is a milestone in a battle against predators on Kaitake being waged - for the most part - by a small army of volunteers.

Kaitake, at 680 metres, is the oldest of the three volcanic cones in Te Papakura o Taranaki.

It forms the north-western boundary of the national park and its sun-loving semi-coastal forest reaches to the outskirts of the seaside settlement of Oakura. 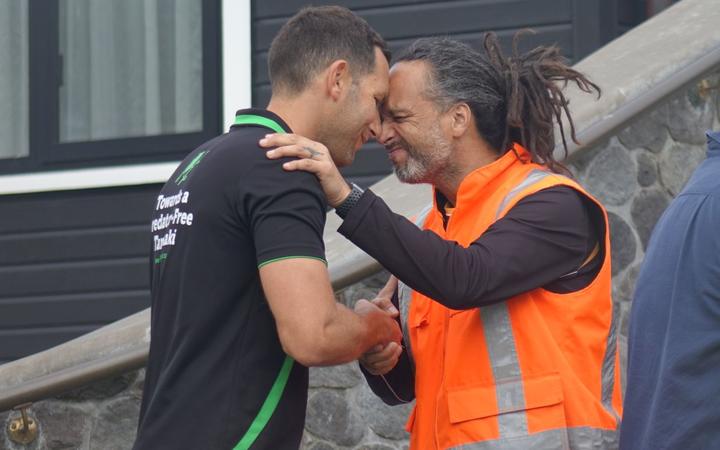 "I have spoken to a number of community members that do remember the manu coming all the way down into Oakura and it is still quite surreal that we are going to be hearing this manu back on our mounga especially for us." 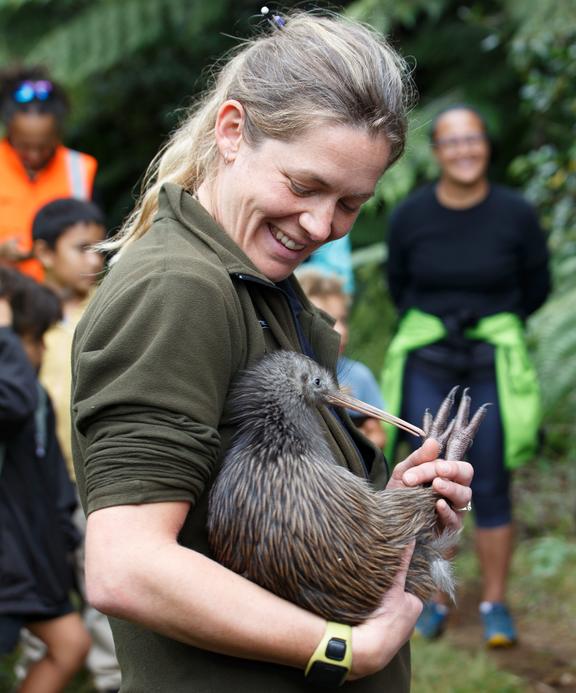 Manu said hapū was on hand to provide the kiwi safe passage on to Kaitake on behalf of the Taranaki Mounga Project, a collaboration between the Department of Conservation, the eight iwi of Taranaki and philanthropic investor the NEXT Foundation.

Co-project manager Sean Zieltjes said its work had built on a decade of hard graft put in by local Kaitake Ranges Conservation Trust.

"Four years ago our team Taranaki Mounga Project came along and really have just helped to amplify their efforts to the point today that we've got stoat and ferret control right across Kaitake and we've achieved a reduction in pests to a point where that the department allowed us to release these kiwi."

Zieltjes said there were 500 stoat traps and another 60 ferret traps laid across Kaitake.

About 100 local volunteers went beyond the call of duty to keep them cleared, he said.

"The standard regime is go and check your trap once every four weeks. Some of these guys get in there every three days they are that committed and that determined to see these outcomes for their place.

"So, incredible individuals and the trust is all volunteer time. It's vets and teachers, it's mums and dads and young families that get out and do this work." 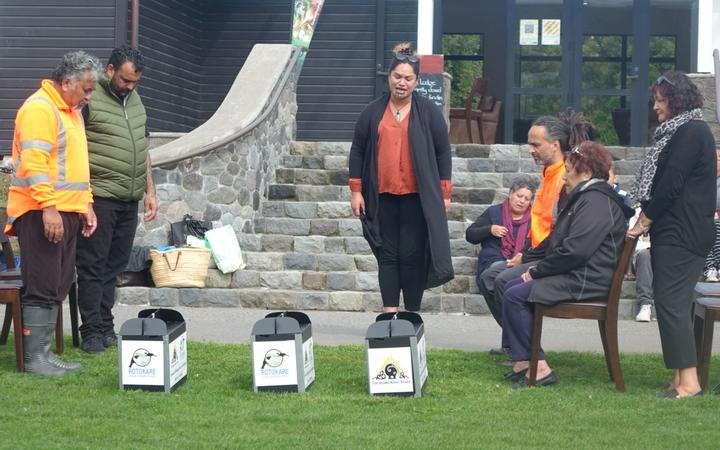 Toby Shanley is the project manager for the regional council initiative, Towards Predator-Free Taranaki.

Shanley said the kiwi release on Kaitake was a significant milestone in the goal towards predator-free 2050.

"It's a step along the way. Every step we take to controlling predators allows us to possibly bring another species back that's struggling with the threat of predators, so it's another step along the way and it's an important step to be able to bring kiwi back to the Kaitake area." 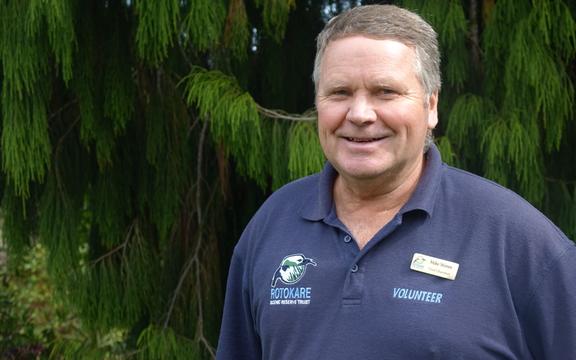 The birds released yesterday came from the Rotokare Scenic Reserve, a 230-hectare predator-fence enclosed forest and wetland near Eltham.

"It was one of our aims to have at any time enough birds that we would have surplus to give them to other places, so that's what's happening today."

One of the kiwi released yesterday has been named Simon Collins in tribute to the Rotokare site manager who died during a sudden medical event three weeks ago.

Three more kiwi are due to be released onto Kaitake next Wednesday.