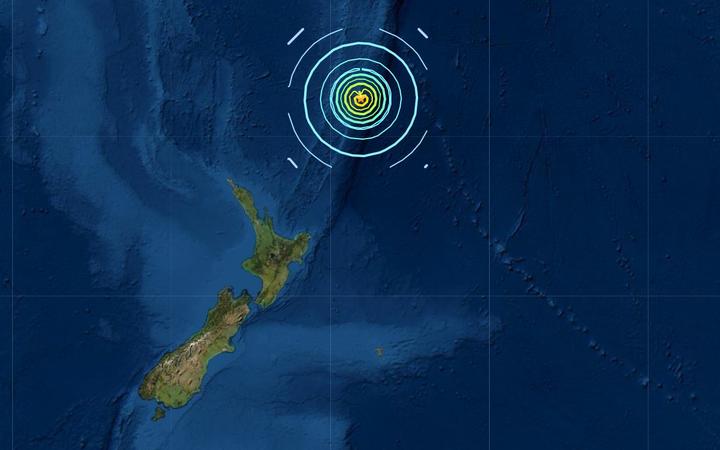 We have issued a TSUNAMI WARNING for New Zealand coastal areas following the magnitude 8.1 earthquake near KERMADEC ISLANDS REGION. There is a LAND and MARINE TSUNAMI THREAT. An EMA will be issued to areas under land and marine tsunami threat.

It says there is a land and marine tsunami threat.

NEMA said the first waves were due to reach New Zealand in the areas around Lottin Point at approximately 9.49am, and tsunami activity would continue for several hours.

Flooding of coastal land is expected in the West Coast of the North Island from Cape Reinga to Ahipara.

It also affects the East Coast of the North Island from Cape Reinga to Whangārei, from Matata to Tolaga Bay including Whakatāne and Ōpōtiki and Great Barrier Island.

Strong and unusual currents and unpredictable surges near the shore are expected in:

It came less than two hours after a 7.4 quake near the Kermadecs.

TSUNAMI WARNING: Areas that need to evacuate are indicated on this map. Evacuate these areas even if you did not feel the earthquake. DO NOT WAIT. A damaging tsunami is possible. More info at https://t.co/ccVFYQQoBr pic.twitter.com/bnEgZy8ikF

It said people in the areas indicated on the mane should not wait, but should evacuate these areas even if they didn't feel the earthquake.

"A damaging tsunami is possible."

The Kermadec Islands are more than 800km from New Zealand, and is an area where there is a lot of earthquake activity.

The last major quake in the region was in June, also a 7.4 magnitude tremor, which prompted warnings of strong currents around New Zealand's coast but no damage was reported.

GNS Science seismologist John Ristau said today's quake was along the boundary of the Pacific and Australian tectonic plates.

It was the third severe quake in New Zealand waters this morning, after a strong 7.1 magnitude quake struck off the north Island coast.

Hundreds of people moved to higher ground but there have been no immediate reports of damage. A tsunami warning for that quake was cancelled around 6am.