A magnitude 7.4 earthquake struck early this morning 710km north-east of Gisborne, just south of The Kermadecs. 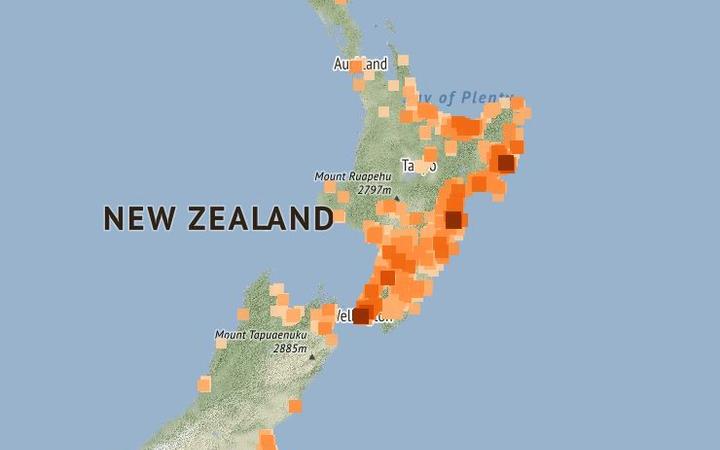 The quake has been felt by more than 8000 people. Photo: GeoNet

The quake had a depth of 33km and was felt by almost 9000 people, mostly on the east coast from Gisborne and Napier to Christchurch, according to GeoNet.

Civil Defence says there is no tsunami threat to New Zealand.

It said New Zealand coastal areas may experience strong and unusual currents and unpredictable surges at the shore.

Soon after the quake the agency sent out a national advisory asking those in coastal areas to listen for updates on the radio or television, and to stay out of the water and away from beaches and shore areas. By 1.37am it was able to confirm the threat of tsunami had been ruled out.

Social media posts show some residents on the East Coast moved to higher ground following the alert, while others took to Twitter for advice on appropriate action.

One twitter user in Gisborne described the quake as "a decent shake", and a light sleeper even reported they felt the shake in Ashburton.

Yeah... I don't care how far off the coast it is. Can we please not have magnitude 7 quakes at 1am? #eqnz

Gee that was quite a decent shake #eqnz here in Gisborne this morning. Hope everyone is ok out there.

Jeez and just like that the rain and wind kicks back in. Weird, eery pause for the #eathquaks #eqnz #whakatane

Gisborne Mayor Rehette Stoltz said there were no immediate reports of damage and she was expecting a further update during the morning.

Stoltz was one of those woken by the quake and described it as a sharp and strong jolt.

NO tsunami threat but take care - New Zealand coastal areas may experience strong and unusual currents and unpredictable surges at the shore. https://t.co/UGvimMJc7Q

GNS seismologist John Ristau said the Kermadec Trench, where the quake was centred, has a lot of seismic activity.

"So having earthquakes - magnitudes 5s, 6s, and even 7s, is not unusual. This one's a little bit further south than we normally get."

The shallow depth of the quake meant an increased risk of tsunami, but the distance of the quake from New Zealand gave enough time for careful checks to rule out any danger, he said.

Aftershocks had been recorded after the quake, but they were too far away to feel from New Zealand, Ristau said.

"We've had seven that are magnitude 5 and above. It's quite possible that we'd still see an aftershock above magnitude 6 ... but even at a 6 it's highly unlikely people will feel it."

The Transport Agency and police say there's been no impact on roads or reports of damage.

About an hour before New Zealand's 7.4 shock, a magnitude 5.1 quake struck in Tongan waters, about 100km east north east of the main islands. 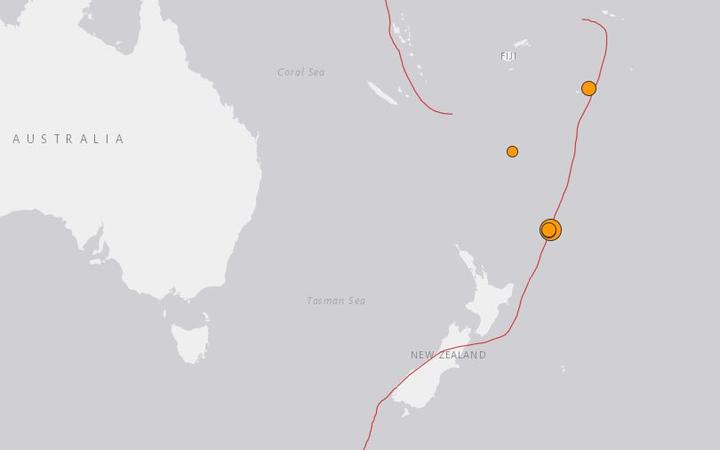