A magnitude 5.1 earthquake has struck the East Coast of the North Island. 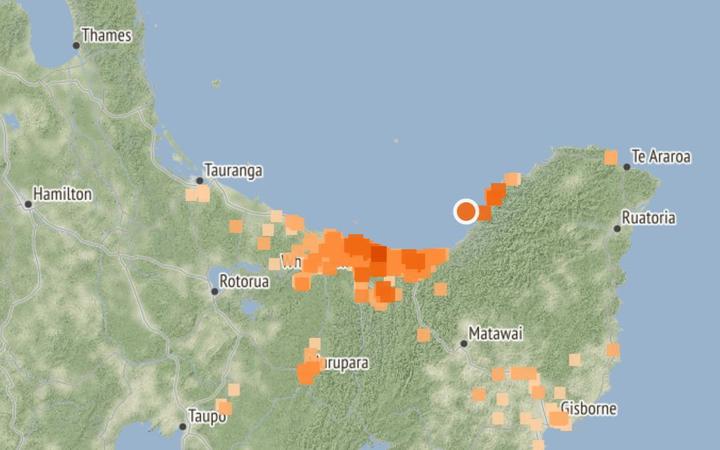 The quake was centred 10km from Te Kaha. Photo: GeoNet

Almost 1000 people reported feeling the quake in the Whakatāne area and as far south as Wellington.

Questions were raised on social media about whether the quake was connected to the nearby Whakaari / White Island.

GNS seismologist John Ristau said the earthquake was outside the island's volcanic zone and in an area where quakes were not uncommon.

Previous earthquakes in the area had not been related to any volcanic activity so there was no reason to think this was either, he said.

The quake - much like others that had occurred in the area - was a tectonic quake, not a volcanic quake, "so they don't have any connection to the volcano itself".